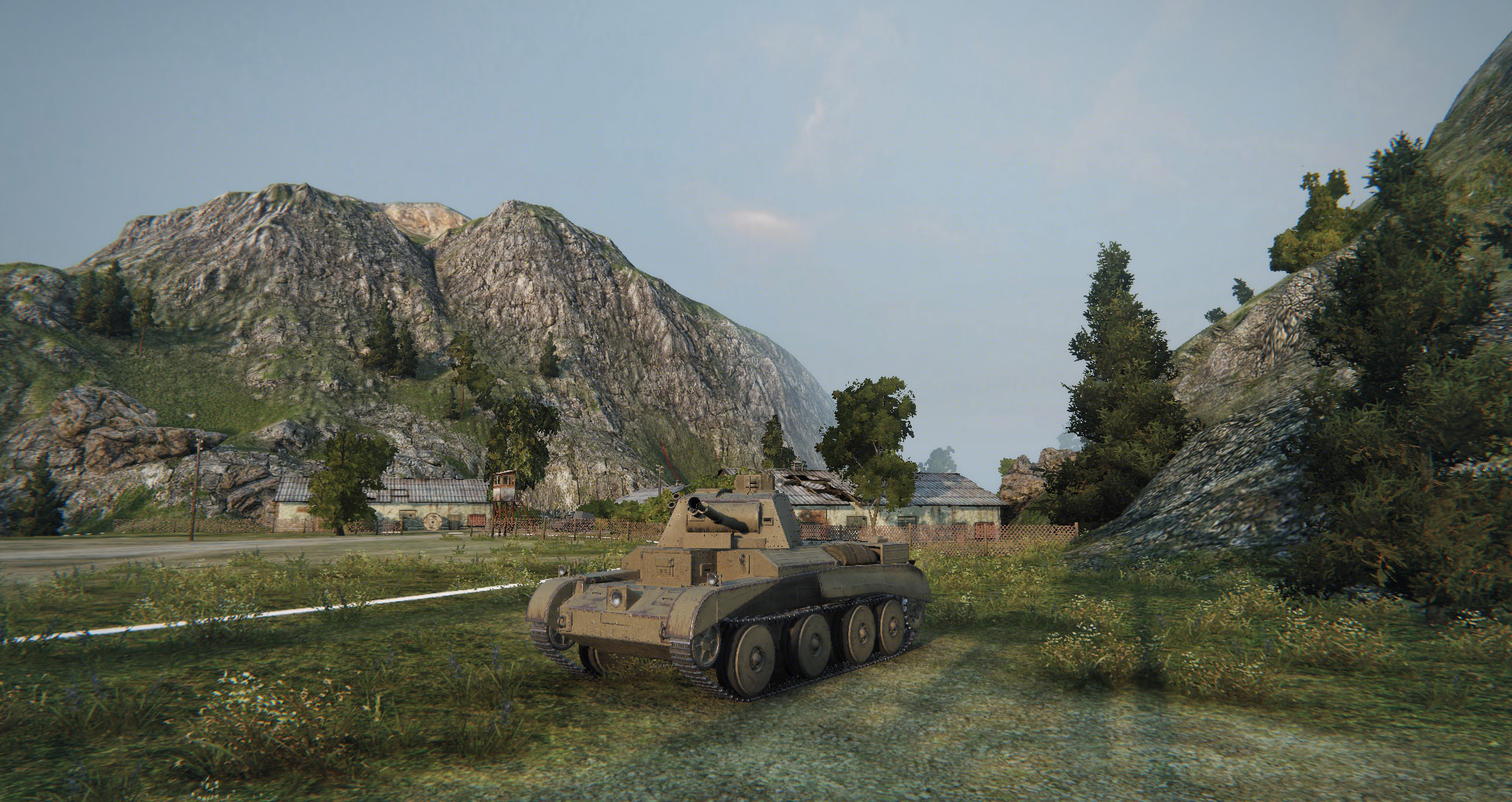 In 1937, the British forces lacked a formal tank division, but thanks to the forward thinking of General Martel, this was all set to change with help from the Cruiser Mk 3. Britain had been ready to manufacture the Mk 1 and Mk 2 until General Martel, after witnessing Soviet tank designs, urged the government to adopt a new form of suspension that would create a faster armored vehicle.

The production of the Mk 1 and Mk 2 was halted in favor of the Cruiser Mk 3. This new suspension was designed in 1929 by an American engineer named W.J. Christie. Christie originally set out to create a “race tank” that acted as a convertible solution and merged aspects of both the armored car and tank.

Christie’s suspension system allowed for longer movement than the leaf spring system, which granted tanks the ability to perform faster cross-country speeds. The British government authorized the purchase of Christie’s suspension system through the Nuffield Organization as opposed to the Soviet authorities, the same group that General Martel witnessed before bringing the idea to the government.

After purchasing this new suspension system, a major overhaul in the design was required as Christie’s original work was far too small and lightly armored to be considered being produced for field work. The first requests opted for a speed of 48 km/h with 30 mm armor and a 2-pounder gun.

This new tank design was assigned with a General Staff specification number of A13 Mark 1. Due to the significant weight of the A13, the engine was quick to overheat or . The previously requested top speed of 48 km/h was reduced to just 40 km/h, which was still a fast tank for the time.

While the real life version of the Cruiser Mk 3’s speed was reduced to 40 km/h, the in-game version of the Cruiser Mk 3 is able to reach the previously requested top speed of 48 km/h when players upgrade the engine from the Nuffield Liberty Mk. 2 to the Nuffield Liberty Mk. 3 and combine this with the suspension upgrade. The stock gun is the 15 mm Machine Gun BESA.

H players are able to upgrade the gun to match how it exists in real life, to the QF 2-pounder gun, which in turn increases the damage output while lowering the rate of fire. A third gun is available for purchase, the 40 mm Pom-Pom, which will carry down the line to the Cruiser Mk 4 (Tier 3 UK Light tank). The Pom-Pom allows for a faster rate of fire that is able to shred through enemy vehicles that have low armor.

Due to the success of the first prototype that was delivered in October of 1937, more than 50 Cruiser Mk. 3s were requested for production with the final delivery reaching into the mid-sixties. Despite its demand, the Cruiser Mk. 3 saw small on-field work as many were lost during engagements with German tanks due to lack of protection.

Any that survived German encounters were eventually lost during the early desert campaigns in Libya and Operation Crusader, where the Cruiser Mk. 3 accounted for roughly half of the allied forces. After roughly 70 years, a Cruiser Mk 3 was found in the sands of Dunkirk. Having been exposed to the elements and salt water, and having received no care for several decades, the A13 was more rust than armor.

Unfortunately, no known Cruiser Mk. 3 tanks survived. To this day, the only place where enthusiasts can view, drive, and cherish this early British armored vehicle is inside the virtual realm of World of Tanks.