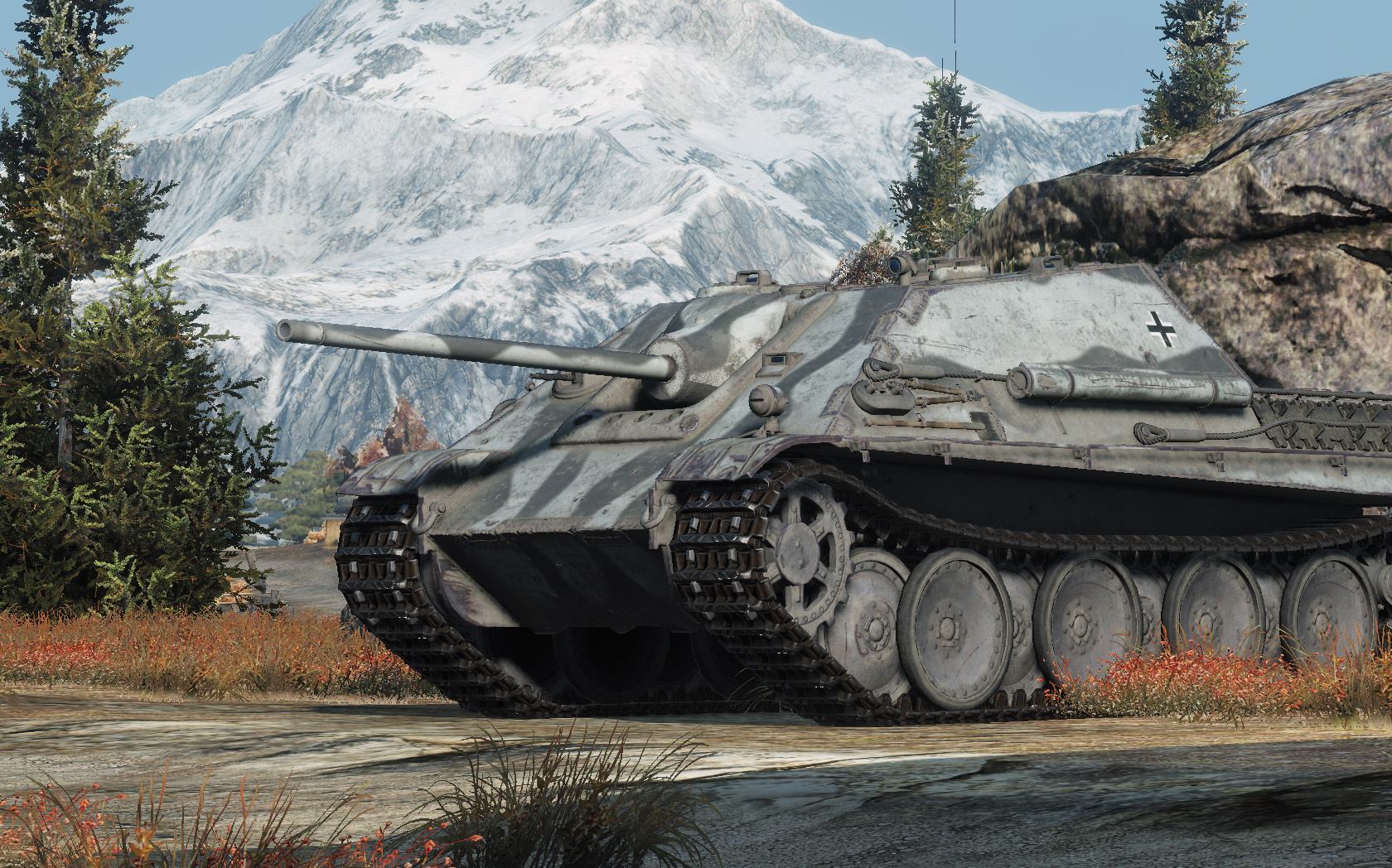 Find out who came out on top during this year’s Golden Joystick Awards.

With a name like Tank Destroyer (TD), you know these tanks must be some powerful pieces of military machinery. The Tank Destroyer class type is all about obliterating enemy tanks from long distances. For this guide, we will explain how to use the Tank Destroyer to provide sniper support for your team.

Tank Destroyers deal huge amounts of damage in comparison to other tanks of the same tier, only to be bested by Artillery (SPG) tanks in terms of sheer firepower. Take Destroyers make for suitable snipers, especially with the right equipment. The Binocular Telescope will increase your view range when your hull is stationary, which is ideal for a sniping TD. Although there are a few exceptions, Tank Destroyers generally tend to have lower health, average mobility, and narrower gun arcs. It’s best to hang back and assess a situation before driving into a close-quarters encounter, as Tank Destroyers often perform better when distancing themselves from the opposition.

Tank Destroyers are considered direct-fire vehicles, which means these tanks need a direct line of sight on their target. Rather than having a rotating turret like other tanks, most versions of the Tank Destroyer will have a gun in a fixed position within the hull. The few that are turreted come with the caveat of havnig slower movement speeds. Turning the gun on tanks with fixed guns often requires rotating the entire hull. Enemies can easily take advantage of a TD’s limited traversal by flanking and maneuvering around them at close range, especially if they can move faster than the TD can turn. Gun traverse values will differ between tanks, so keep this in mind when judging a particular Tank Destroyer’s overall range.

While its narrow gun arc can hinder a Tank Destroyer’s movement range, this feature contributes to the TD’s ability to shoot at long distances. Tank Destroyers shoot accurate, straight shots that usually have a better chance of impacting their target. The combination of their decent accuracy, penetration, and camouflage values are what make these low-profile tanks ideal for sniping.

Most Tank Destroyers boast strong frontal armor. Use this to your advantage by positioning your TD so that it faces opponents directly. Slightly angling the front of your tank will further increase its armor protections. Try to avoid exposing the sides and back of the tank, as Tank Destroyers will usually have much less armor everywhere else but the front. There are some exceptions, such as the T95, that have much better armor values all around the tank. However, these tanks come with the caveat of having slower hull traversal and movement speeds, which must be taken into account when using a Tank Destroyer.

The thick frontal armor of Tank Destroyers allows them to lead their team’s frontline into battle. This tank class is particularly vulnerable to shots to their tracks, so it’s best to roll out with several allies who can effectively protect your flanks. You can absorb the brunt of incoming fire as long as your frontal armor is facing towards the enemy. The enemy may still knock some HP points off of you this way, but you have a better chance of surviving than some of your thinner-armored bretheren. This head-on approach can also be achieved in narrow alleyways, where you are better protected from enemies flanking your sides or maneuvering around you.

If you’d rather play a more defensive sniping role, consider posting up somewhere near your allies, using a bush for concealment while sniping at opponents in the distance.  After firing, your environmental camo will go away, so be sure to relocate after each shot to avoid being detected by the enemy team. Always target enemies who are stationary rather than moving to ensure you can land your shots directly and avoid having to turn your hull, which will diminish some of your movement-sensitive perks or skills.

The Tank Destroyer class can be a very satisfying tank type to play, especially when you are capable of annihilating certain enemy tanks in a single well-placed shot. Once you start to understand how to properly maneuver and position your Tank Destroyer, this tank class can easily become a common staple of your regular tank rotation.