Were The No Man's Sky Ads Misleading?

Why some gamers reported No Man’s Sky to the Advertising Standards Authority. 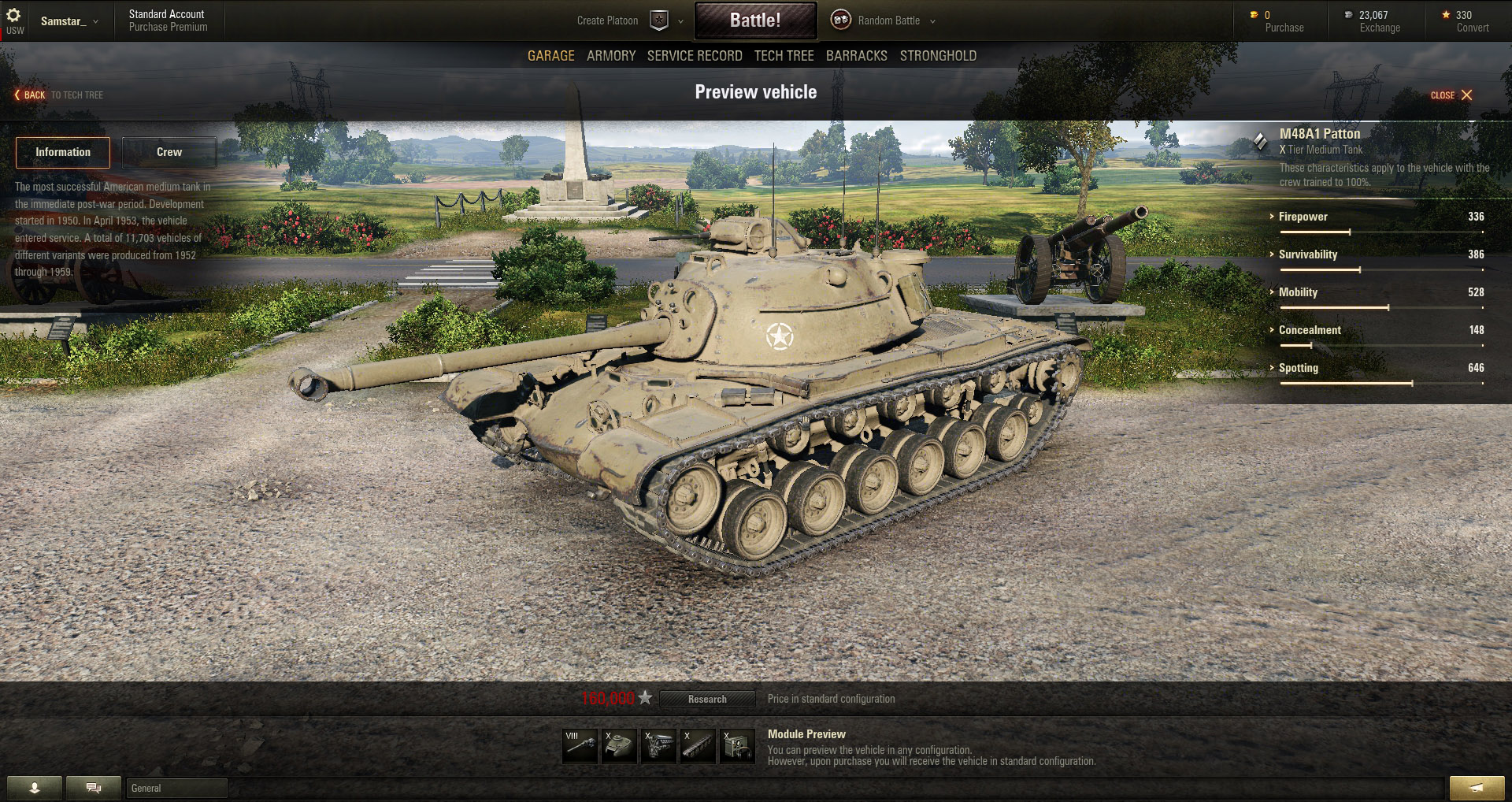 Even Experienced Players Need Help in World of Tanks

When there’s no other option available, turn to the community to help you figure out a strategy.

What tank line to go down is a question we’ve answered for some of the newer players in World of Tanks, but sometimes even some of the more experienced players begin to wonder which tank line they might enjoy spending some time in. One such player is a Reddit user who goes by the name SirMcNasty. This person has just finished acquiring their Object 140, a USSR Tier 10 Medium tank, and is now looking to venture into other areas. And as anyone looking to gain powerful insight into a topic would do, they turn to the internet in hopes of receiving an answer to their question: do I focus on the Patton, Action X, or E50M?

These three tanks McNasty mentions are all Tier 10 Medium tanks coming from the UK, USA, and German lines. Deciding what tank to work toward next is as much about the end result of securing the tank as it is the tanks that get you there. In an absolutely astounding display of knowledge and dedication to helping others, user V_Epsilon comes in with the winning breakdown of what tanks SirMcNasty might enjoy working toward and what the grind is like. If you’re interested in reading the entire analysis, take a look at his comment. At this end of this impressive breakdown, V_Epsilon gives us all the shorthand and suggests the M48 Patton is the way to go as at the end of the day. They chalk this up to the Patton being one of the best Tier 10 Mediums out of the three suggested while also stating the previous tanks in the line are thoroughly enjoyable to use in combat. One thing to note is the V_Epsilon recommends against the Centurion Action X line as it is allegedly an outrageous grind. What do you think? Out of the three tanks mentioned, which one piques your interest or which one would you suggest?