Make Santa proud by blowing up tanks in his honor. 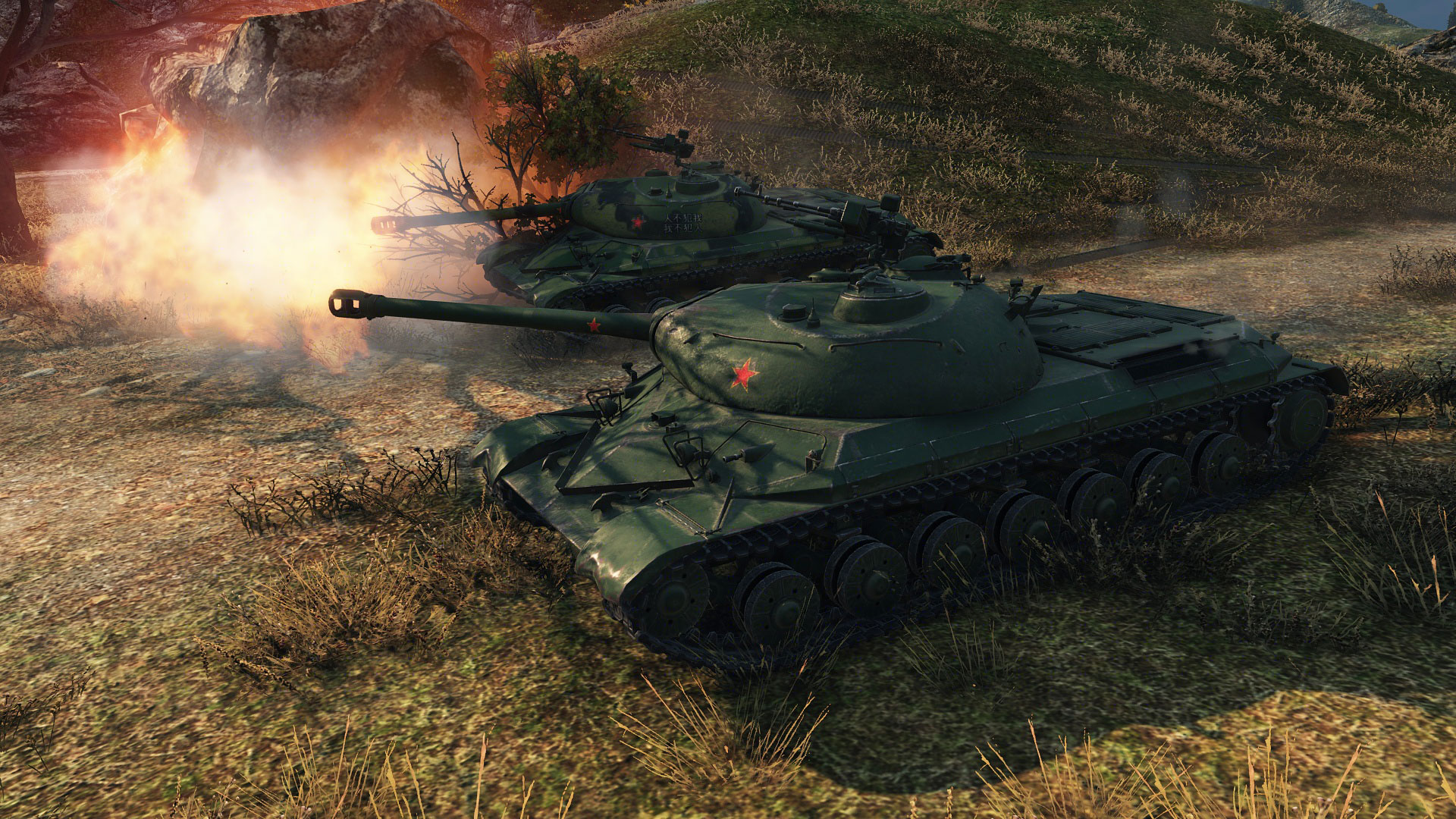 In Episode 3 of the Batman Telltale Series, things begin to reach a boiling point for Bruce Wayne.

Heavy tanks generally epitomize the idea of what it means to be a ‘tank’. With their thick armor and strong firepower, heavy tanks can act as a powerful heavy-hitter or line of defense for their team. Heavy tanks must be played a bit differently than Medium and Light tank varieties. While most heavy tanks possess relatively high armor, health, and firepower stats, these attributes will vary between heavy tanks of different nations. It is important to understand these variations in order to effectively play the heavy tank role.

Know How to Angle Your Tank

Thicker armor means better protections, but this doesn’t necessarily mean heavies can afford to be reckless. Try to position yourself behind cover so that your sides and back are not exposed and only the front of your tank is facing the enemy. Depending on the nation you are playing, your heavy tank should be angled in certain positions to maximize its armor protections. For example, American heavies like the T1 have better turret armor than hull armor, meaning its hull should be angled downward to sustain damage to the front of the turret rather than the hull body.

Consider the armor thickness values around a tank’s hull and turret in order to understand the best angle and positioning for your heavy tank. This will also help you understand where an opponent’s weak spots are as well, so use this knowledge to your advantage.

Play Cautiously and Plan Ahead

Heavy tanks are called ‘heavy’ for a reason. A heavy tank’s thick armor and hefty size will weigh it down, causing the tank to move very slowly. It’s important to know where you want to go at the very start of a match, as it’s going to take you a while to get there. Each map has its own designated areas where heavy tanks tend to congregate, which can help you get an idea of where enemy heavies may be located as well. Move carefully from cover to cover near your base, and try to flank incoming opponents to catch them by surprise.

Since heavy tanks have slower traverse speeds, turret movements, and reload times, overexposing your tank is almost always a bad idea. You don’t necessarily need to camp at base, but you should try to stay close to cover at all times so that you can easily retreat to cover during lengthy reloads or when taking damage. Heavy tanks are too slow to get away when caught in the open, so try not to over extend beyond your team without a means to retreat to safety.

Heavy tanks still benefit from teamwork just as much as any other tank. Travel in groups with several other heavy and medium tanks who can protect your sides and rear. Heavy tanks wield high-caliber guns that can deal almost as much damage as Tank Destroyers or SPG’s. Your teammates can benefit from your immense firepower, so be prepared to provide fire support for more aggressive or mobile teammates when necessary. Take turns firing at opponents with your teammates, staggering your reloads so that one of you is always ready to shoot. Also, be mindful of whether or not you or your teammates have been spotted, as you don’t want to reveal your group’s concealed position with careless shooting.

Keep in mind that heavy tanks also have much higher HP reserves. Medium or light tanks traveling near you may need to use you as cover from incoming fire. There’s no need to go barreling toward the enemy, but you should be ready to sustain a bit of damage for teammates from time to time. Try not to be too aggressive, however, as your team will likely depend on you to pull off a victory once weaker players have fallen.

Heavy tanks act as the strong backbone for their team. Through careful planning and methodical maneuvering, heavy tanks can turn the tide of battle and achieve victory. Practice with heavy tanks from several nations to get a feel for their subtle variations in playstyle.  Check out our other tank guides to learn how to use the other tank types in World of Tanks.