Tip and pointers on how to use the T1 Cunningham 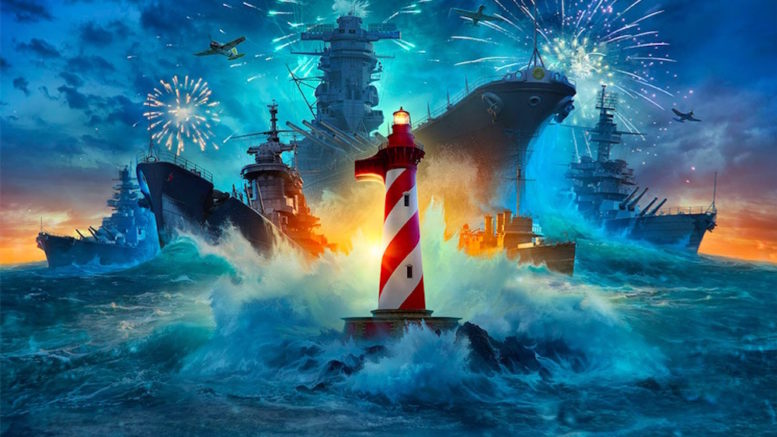 Sign Up to Adopt a Tomato in World of Tanks

Help a tomato player improve, or get lessons from the community yourself.

September 17th marked the first anniversary since the launch of World of Warships last year. With the success of World of Tanks, it’s not surprising to see that another Wargaming title is thriving over a year later.

To commemorate this milestone, World of Tanks has posted a series of animated infographics that illustrate various different statistics, such as the number of in-game battles that were fought, the number of unique users throughout the year, and even which ships were the player favorites. We’ve included a few of these infographics below. Head over to a recent post on the World of Warships website to see the full list of these animated infographic charts.

World of Warships is similar to its tank-centric sibling in that the game tries to portray each military ship with a decent level of historical detail, while still leaving room for some creativity.  According to a recent developer diary video, production on World of Warships began roughly four years before the game’s September 2015 launch. When describing the mindset behind World of Warships, Daniil Volkov, the World of Warships Development Director, explains that their original goal was to “create a combination of extensive historical accuracy and fierce warship action in one game.”

However, the developers soon realized that it was going to be very difficult to uphold the realistic nature of naval battles while also keeping the game fun. The team decided to change directions, and eventually overhauled a huge portion of features in order to essentially start over. After a series of beta tests, player feedback sessions, and sleepless nights, World of Warships was finally ready for a worldwide release.

In celebration of the game’s birthday, special deals were available in the premium shop all weekend long, including unique missions for the occasion. Certain ships were available for purchase, along with specials on doubloons and other items. These specials may be over, but there are always interesting ships available in the shop for players to buy and enjoy.

The World of Warships developers are still plugging away at a series of new content updates, which include new maps, special reward containers, and even a new nation of ships. If you’re a fan of World of Tanks, we recommend putting your naval skills to the test and try out World of Warships for yourself!