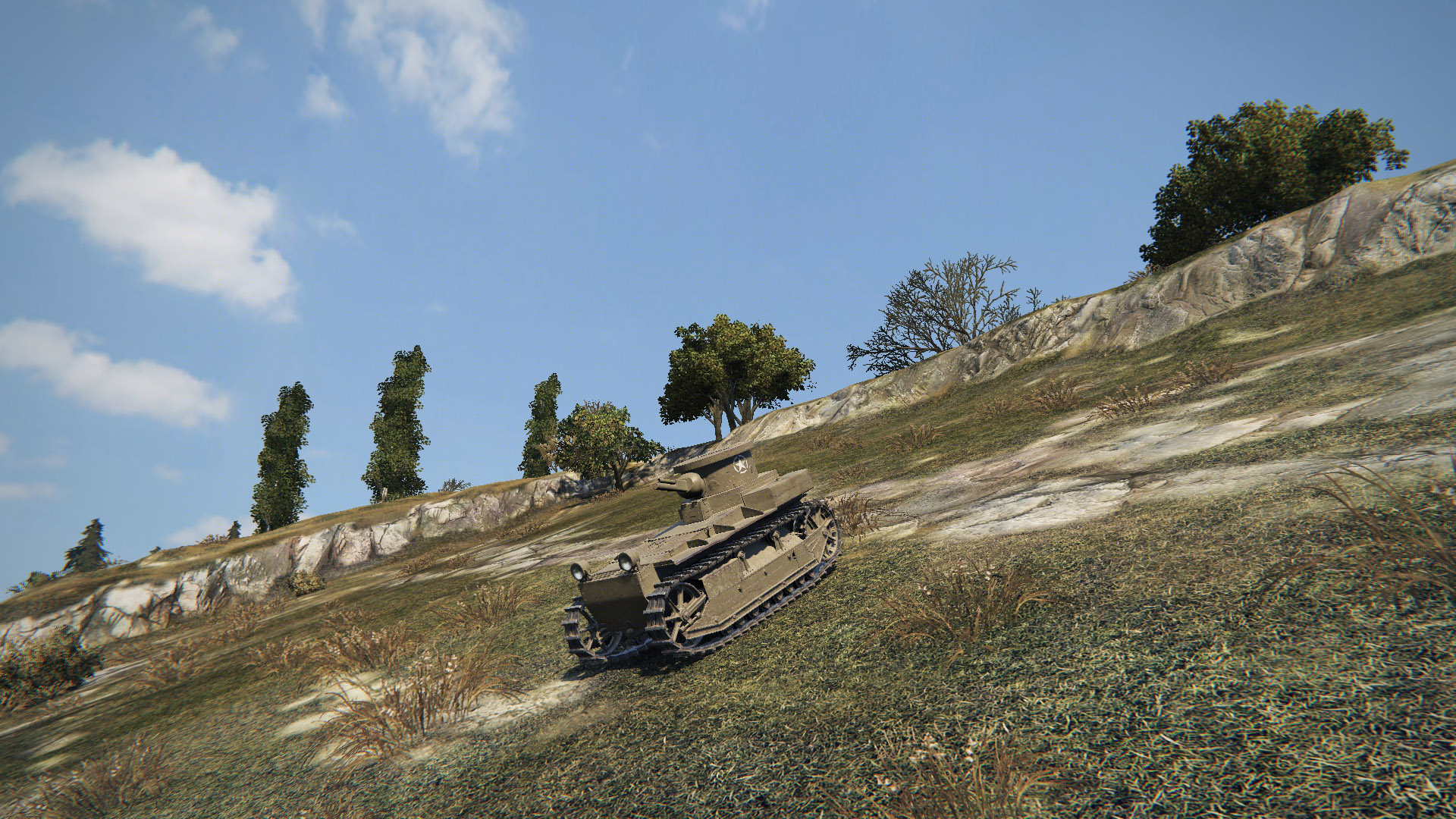 The T1 Cunningham is one of the first armored vehicles available for new players to use in World of Tanks, and as such it is important to know how to play it effectively in battle.

In Tip of the we open the floor for discussion about a specific tank, what its strong points are, its weaknesses, what modules are available, and how to effectively use it on the battlefield. It’s important to learn how your tank works and how to improve upon your skills. Please let us know in the comments if you have any tips or suggestions concerning the tank we’re covering.

The T1 Cunningham is a USA Tier 1 Light Tank that is given to all new players when they first begin their World of Tanks career. The T1 Cunningham only has a single upgradable module in the form of its gun. The gun can be upgraded to the 37 mm semi-automatic M1924 which boasts greater penetration, a  rate of fire, and lower weight than the stock gun. However, there is no improvement to overall damage, but you will be able to get more shells out, equating to a higher damage-per-second. Due to being a Tier 1 Tank, the T1 Cunningham is free to purchase in the event you sell it to make way for more Garage slots.

Due to the T1 Cunningham’s high top speed, it is usually a good idea to play offensively without being overly aggressive. Speeding into the front lines is not an ideal strategy. However, moving quickly from your base to any sight-lines or bushes is often the primary goal. Use the T1 Cunningham’s speed to get in early to spot enemy tanks.

As mentioned in our Light Tank guide, Light tanks are ideal scouts. You should use the T1 Cunningham’s speed to reach bushes that give a decent overview of an area. Early phases of the match should be dedicated to seeing where the enemy is heading and then reposition yourself to assist your stronger allies.

For other Tier 1 tanks, attacking the enemy is easy as you have a gun able to deal high amounts of damage. Unfortunately for the T1 Cunningham, the amount of damage you’re able to deal won’t be as competitive, since even the secondary gun pales in comparison. However, despite the 37 mm Automatic M1924 being a slow-reloader, it is able to deal a high amount of damage whenever you get into range. Problems occur whenever you try to survive a shoot-out, so it’s better to deal small damage and then retreat than go toe-to-toe with a tougher tank.

Use the T1’s small stature and good camouflage to your advantage by setting up in a bush or behind a vehicle and then your 5 shells to deal a lot of damage quickly. Be prepared to either flee or fall back behind cover to give your gun time to reload, as it has one of the highest reload times of early tier vehicles.

Due to the fact that the turret sits at the back of the vehicle, consider positioning the T1 with the main tracks behind cover. The other option is to expose the front half of your tank, opening yourself up to easy shots that damage your tracks which in turn limit your speed and scouting ability.

Ensuring a quick weapon reaction time in combat is a high priority, as missing a shot could put you at a severe disadvantage or prevent an enemy from falling back when they start to rush. Purchasing Equipment that reduces the gun’s aiming time will improve your overall performance. Consider picking up the Enhanced Gun Laying Drive as well as the Binocular Telescope to increase your gun handling and the range you are able to spot enemies. By purchasing these two pieces of equipment, you will become a greater asset your team.

As for modules, the T1 Cunningham only has a single module to research, the 37 mm Semiautomatic M1924, which is similar in style to the French auto-loaders. Researching this will increase your lethality.

With high speed and a decent semi-automatic gun for close-range combat, the T1 Cunningham is a speedy starting tank for players looking to head down a scouting path. Be careful when entering fights as the thin armor on the T1 Cunningham means it won’t stand up against much punishment. Any time combat breaks out around you, look for the closest cover and position yourself to offer either firing or spotting support. Do you think there are any important tips we’ve missed from our Tip of the Tank article on the T1 Cunningham? Let us know in the comments!