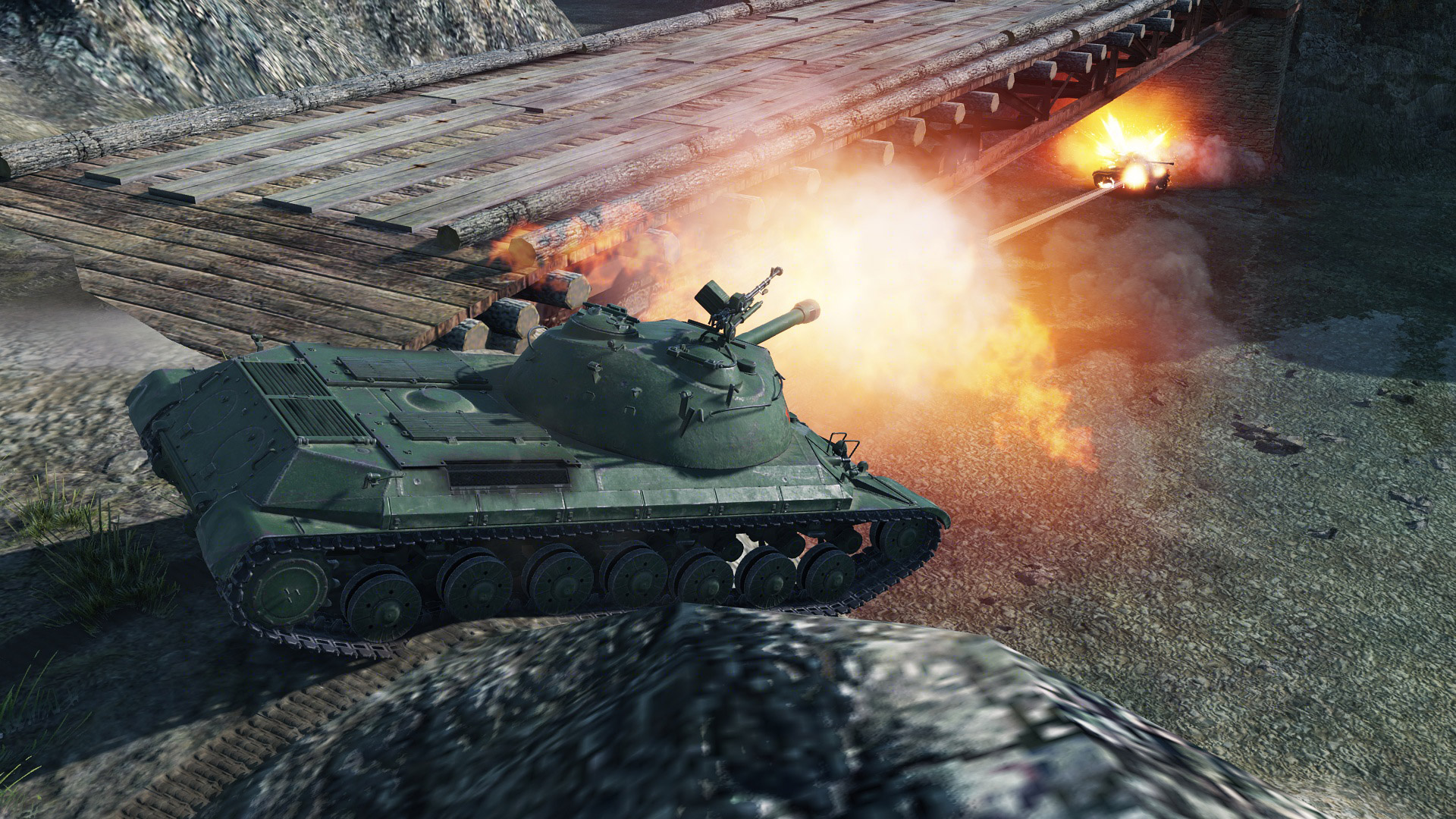 How to Angle for Better Armor in World of Tanks

One of the most basic ways to improve your survivability in World of Tanks is to learn how to angle your tank appropriately and hull down when necessary. Angling your tank is a relatively simple way to prevent incoming damage if done correctly, while also making the most efficient use of your tank’s armor. Proper angling is particularly useful for heavy tankers, as it can make these thick-plated tanks even more resilient.

In World of Tanks, a tank’s armor thickness will vary depending on where the plating is located on the vehicle. Most tanks generally will have the best armor protection on the front of the hull. The rear of the hull typically has the least armor protection, and the armor plating on the sides will rank somewhere in between. The turret will have separate armor thickness values as well, which usually follow a similar front to back thickness distribution. Of course, the way a tank is armored can differ based on tank type and nation, but these aforementioned variations in armor thickness values are fairly steady throughout.

Why Angle Your Tank?

The armor values listed for your tank are based on getting shot directly into the flat face of your armor plating. However, the angle at which a bullet impacts your armor can influence the effective thickness of your tank's armor in a given scenario. Positioning your armor at a narrow angle less than 90 degrees toward an opponent will reduce the chances of their shot penetrating your armor.

Angle your tank by slightly turning askew of your opponent so that your armor is not directly perpendicular to their gun. This will increase your tank’s effective armor thickness based on the degree of the impact angle, reducing the chance for a shot to penetrate. Some tanks will have sloped armor already built in, increasing the effective thickness of that armor from the start. Other factors such as shell type and normalization will also influence a shot's ability to penetrate armor, but angling is still a beneficial practice nonetheless.

Keep your opponent's weak spots in mind when angling towards them as well. Aim for their weak points by shooting them directly in the flank or rear, or fire at their tracks to immobilize them. Try to avoid shooting at thicker front plates on an opponent, especially if it already has sloped frontal armor. Exploit any clear weaknesses and armor vulnerabilities to effectively neutralize enemy tanks.

Find a Slope and Hull Down

Another way to angle your tank is by utilizing slanted terrain, such as a hillside or a small mound. The slope of a hill allows you to angle your tank to improve bullet deflection and protect parts of your hull from incoming fire. This is essentially what occurs when going "hull down", which means to position your tank behind or below terrain for cover, keeping only your turret exposed.

The goal when going hull down is to keep your hull protected beneath the sloped terrain so that if an enemy does attempt to fire at you, they will end up hitting your turret instead. Tanks with thick turret armor, such as the T29, are some of the best tanks to go hull down with in World of Tanks.

You can still sustain a bit of damage while in a hull down position, but your survivability will increase nonetheless. Avoid peeking over the top of a ridge from below, as exposing your tank's underside to an opponent can lead to an untimely demise.

Angling is a fundamental part of side-scraping as well. Side-scraping involves angling the sides of your tank at an acute angle towards an enemy. This increases the chances of an incoming shot to scrape the side of your tank rather than penetrate. Try to side-scrape when at the corner of a building. This way, you can keep your hull protected behind cover while only exposing your side-scraping flank toward the enemy, increasing your chances to bounce shots while you fire at opponents.

Tanks.gg is a helpful website that explains the tank stats and 3D armor models for each tank in World of Tanks. The 3D Model tab displays a colorful tank viewer that color-codes the armor around interactive models of each in-game tank. Hovering over different armor sections on the 3D model will calculate the increase or decrease in effective armor thickness based on the angle of the tank, as well as the chances for a shot to ricochet at that angle. Tanks.gg is a great tool for players who want to understand how angling impacts the effective armor of each tank.

Proper angling can often determine whether you emerge victorious in a shootout with an opponent, depending on the type of tanks used. Practice angling with various tanks to see what degree works best for the tanks you play most. Enemies will angle their tanks too, so be aware of this when facing an opponent positioned at an angle. Always consider the direction of your opponent to ensure you are optimizing your tank's ability to protect itself.

Now that you know how to angle your tank in World of Tanks, you should be hearing that satisfying "ding" off your armor much more often.