Grab The World of Tanks: Blitz Steam Pioneer Pack While You Can

Only one day left to get your hands on the Steam Pioneer Pack. 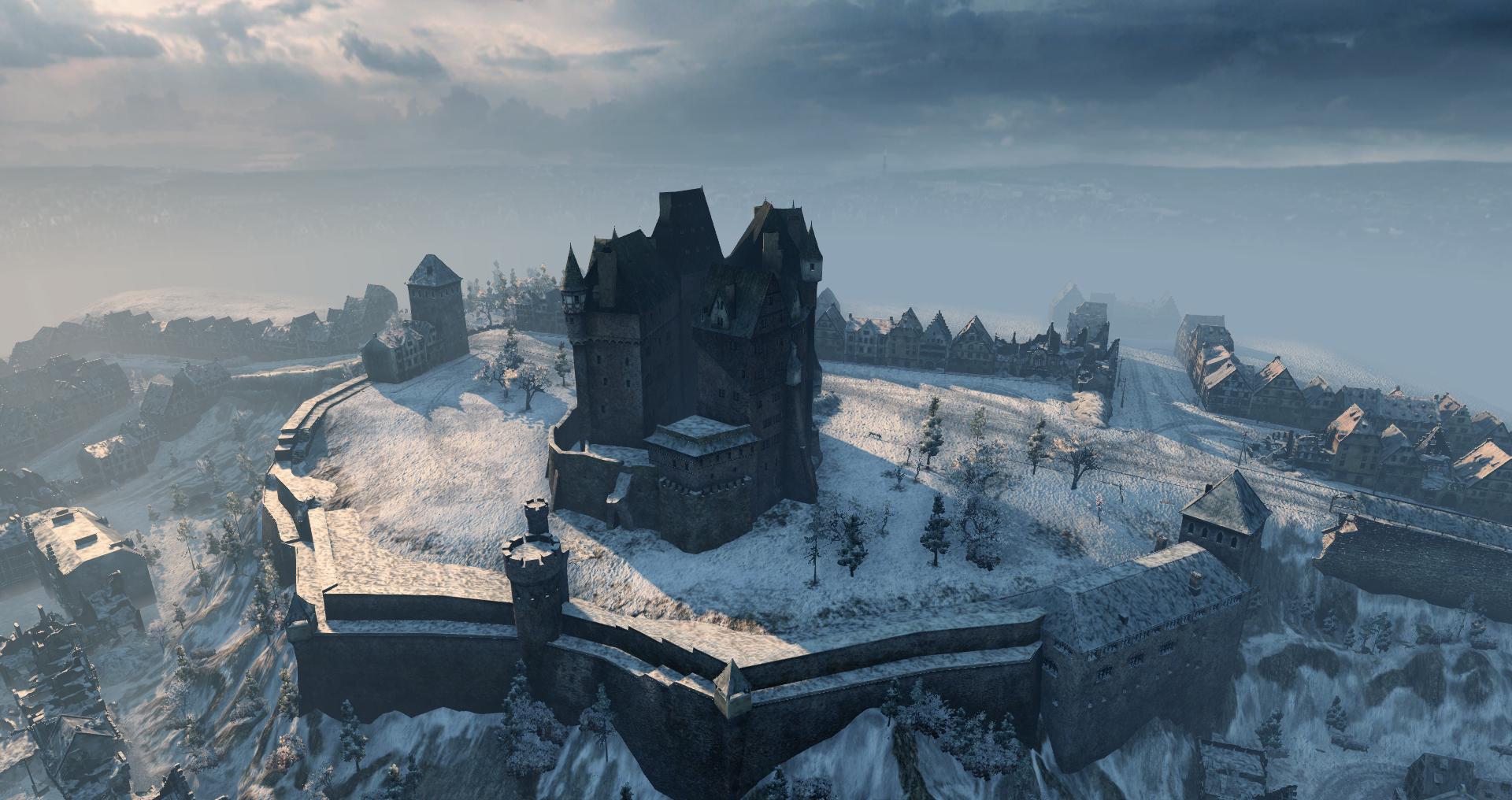 Existing destroyers are also being reshuffled

Welcome to Tank Battlegrounds, where we explain several general tips and strategies for playing on a particular map in World of Tanks. For this Tank Battlegrounds guide, we’re taking a closer look at the diverse urban terrain of the map Himmelsdorf.

A Bit of Backstory

While the Himmelsdorf map seems to resemble an authentic, war-torn German city, some may be surprised to find out that Himmelsdorf is not a real location. The inspiration for Himmelsdorf’s ruined cityscape arose from the need to create an urban map in World of Tanks.  The World of Tanks level artists based their Himmelsdorf design on memorable locations in Germany and Poland, such as the Church of St. Boniface and the Royal Castle. Some features in this map have carried over into subsequent World of Tanks maps as well.

The Himmelsdorf map features a combination of compact urban corridors and long lines of sight. One of the most easily recognizable sections of this map is the castle on the hill, located east of the 8-line on the minimap. This castle was inspired by the real-life Eltz Castle in Germany, which is also located on a rocky hillside.

The hill consistently becomes a point of contention during battle, as both teams will have players rush to the top at the start of the match in an attempt to control the hill and thwart the opposition. The castle area on the hill offers a perfect sky-high vantage point overlooking the whole map, as well as a sneaky backdoor route to each base when playing a standard battle.

Across from the hillside castle on the opposite side of the map at the 1 and 2-lines, you’ll find a long railway designed in the likeness of the Anhalter Bahnhof Railway Terminus in Germany. This is where the neutral flag is located during an Encounter battle. During a standard battle, this straight pathway can be dangerous, as there are usually heavies and snipers patiently waiting in the distance to intercept any careless tankers who cross this path.

The “body” of the map consists of tight street corners and narrow pathways that are great for setting up ambushes. The town square in the center of the map is primarily a no man’s land, as it can be very dangerous for tankers who don’t know how to correctly position themselves amidst the corners and openings in this plaza. However, some aggressive tankers will know how to sneak between the ruined structures to ambush their opponents without committing themselves to overexposure.

Himmelsdorf offers a variety of options for tanks that excel in close quarters, such as light and medium tanks. Tanks that take advantage of the cramped corridors of this map can greatly benefit their team and influence the outcome of a match.

The tall structures on Himmelsdorf provide ample cover, which means that spotting is particularly important on this map, especially for those who already have limited map vision, such as SPG tanks. Light tanks will need to quickly get into position at the start of the match in order to spot enemies in a timely fashion without being seen themselves.

Light tank scouts should spread out to each of the three main map sections, assuming there are enough scouts on your team. The light tank with the best horsepower should quickly roll their way up the castle hill along the 0-line, ideally with at least one other teammate, such as a medium tank who can provide cover fire.

The scout can usually spot enemies in the midsection of the map from looking over the hillside. If the hill is clear of enemies, a light tank can eventually approach from the east along the A and K-lines to quickly sneak towards the enemy base if enough of the opposition has fallen. If you encounter enemies upon the hill, be sure to scoot backward down the hill slope to take cover and prevent the enemy from locking-on.

Another light or medium tank should quickly move to position themselves close to Tank Alley (or Banana Alley, as some like to call it), which is the curved alley that runs along D8 to G8 on the minimap. Position yourself at the corner of either D7 or G7 to provide for your team, depending on your starting spawn. Many players will reinforce this narrow street, so try not to expose yourself too far into the alleyway itself until later in the battle.

Brave scouts can take a more aggressive approach by hiding along the corners of the square near Tank Alley, along E7 and F7. This can be a decent locale for spotting enemies, and it allows these tanks to turn tight intersections into lethal chokepoints. You can even ambush your opponent by rolling through the debris at D4 if you are coming from the bottom spawn, but this will naturally require quite a bit of communication and teamwork to ensure tanks in the no man’s land are adequately protected by friendly cover fire.

Any remaining light or medium tank scouts should head straight to the railway tracks and position themselves at either E1 or G1, depending on which side you start from. Railway scouts should be able to spot any opponents who decide to attack through this open straightaway while using the nearby structures for cover.

The positioning of heavy tanks on Himmelsdorf can greatly depend on where your teammates are headed, and where the opposition has been spotted. Faster heavies can attempt to control the top of the hill with their allies. Heavy tanks can peek downward through some of the gaps along the hillside wall to inflict devastating damage from on high.

If no opponents have been spotted hillside, that means the enemy team is likely taking up defensive positions. Heavy tanks have a couple of different options when patrolling the lower area of Himmelsdorf. Heavies can join their allies along Tank Alley near the corners of D7 or G7, as this is where a majority of the tank conflict inevitably takes place.

Like the heavies, tank destroyers on Himmelsdorf can also move along the 3-line to position themselves at the corners of C3 from the north or G3 from the south to obliterate incoming enemies along the railway. Tank Destroyers can also join their cohorts along Tank Alley to punish opponents who forward or expose their flanks at the other end of the curve.

Tank Destroyers tend to be a bit slow, making the slog up the hill seem more cumbersome than it’s worth. Consider going hillside as a TD only if you feel confident that you can support your other allies who went uphill with you. Otherwise, it’s probably best to stick to the lower area of Himmelsdorf to pair up with your heavy tank offensive.

On most maps, SPG tanks will remain near the back of their flag spawns while their allied scouts light up the map and provide vision. Himmelsdorf is no exception. At the northern flag in a standard battle, artillery units can position themselves anywhere along the A-line, but the west end tends to be the most effective for eliminating tanks along the railway as well as through the center street.

Take cover at A3 near the railway terminus to eliminate incoming tanks along the tracks, or stay closer to base at A4 or A5 to destroy enemies approaching up the 3-line or through the middle street. Likewise, SPG tanks that spawn at the southern flag can post up along the K-line to defend their flag.

Hunker down in your artillery tank between K1 and K3 to defend the railway tracks, or take cover behind structures and camp near the flag itself at K4 to prepare for hostiles approaching from the center square or eastern hill path. Watch out for enemies who may come through the diagonal street at H7, as they may be able to see you even if you are hiding further east of the church.

SPG tanks who can make their way safely to the top of the hill can wreak havoc on unsuspecting opponents down below. However, this should really only be an option if there’s one too many Arty’s on your team and you have enough allies joining you at hill to provide cover fire along the way. Judge your team composition to determine whether artillery support is needed at your home base before venturing anywhere else as an SPG.

The Himmelsdorf map provides ample opportunity for unique strategies, depending on team composition and communication. Mastery of this map comes down to controlling its three main sectors, and hopefully this guide has helped you understand the best positioning for your tank class on Himmelsdorf in World of Tanks!