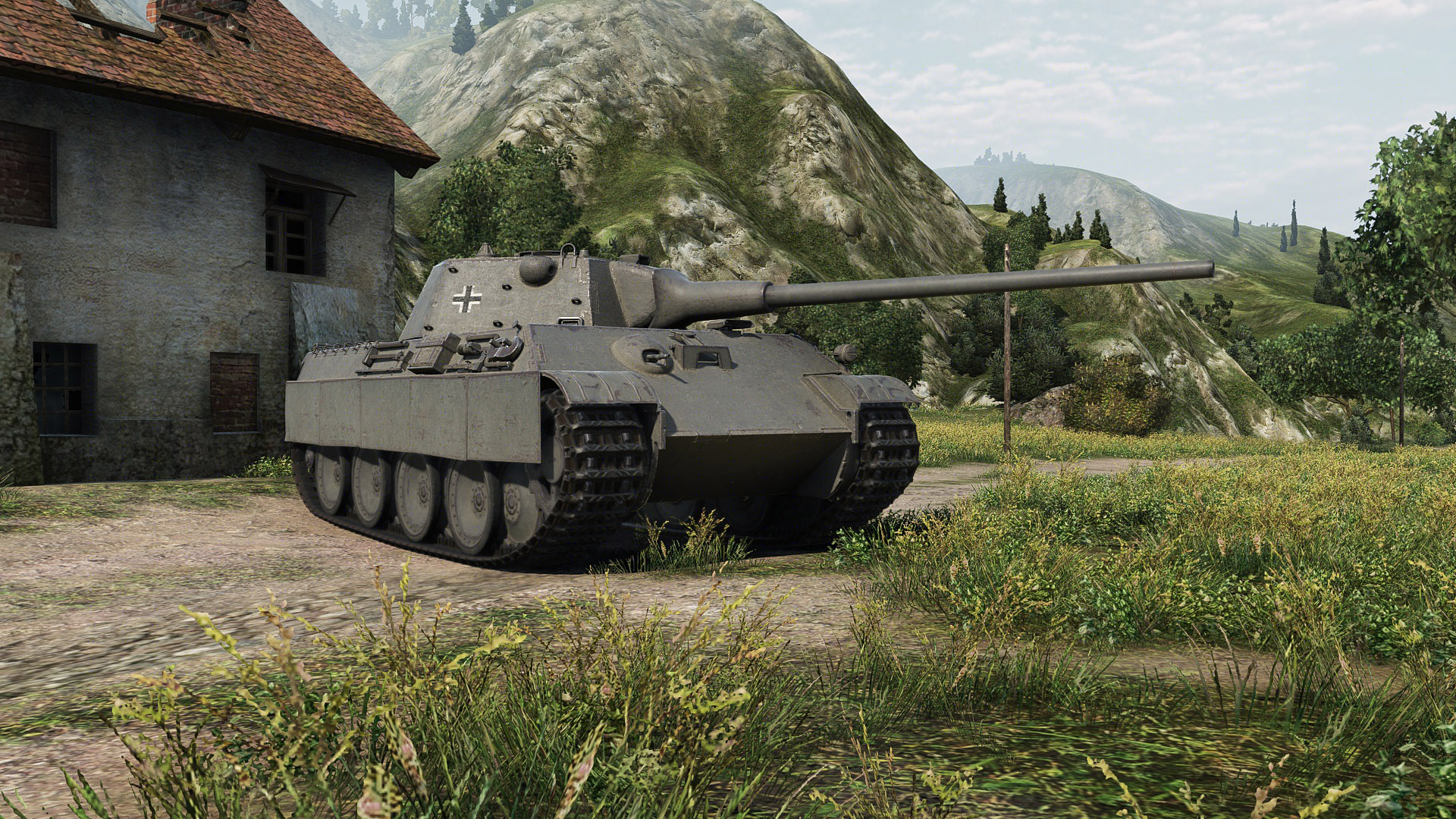 Proficient World of Tanks players understand the advantages of each tank type.  There are five tank types available to choose from, each intended for a specific role and playstyle during battle. For this guide, we will explain the strategy behind each tank type so that you can play your role effectively on the battlefield.

Light Tanks are smaller and faster than most other tanks on the battlefield. Their lightness is attributed to their lack of armor, so it’s best to stay mobile to avoid taking damage. Light Tanks can traverse the battlefield quickly, and thus are intended to be used as scouting or flanking vehicles.

At the start of a match, go on a quick scouting mission to try and spot enemies while moving behind cover. Enemies within your view range will be revealed as red markers across the map when spotted. Spotting offers for your team, allowing slow or stationary teammates to effectively prepare for incoming opponents.

Light Tanks also remain camouflaged while moving, which can help your scouting efforts. However, being fast doesn’t mean you should go barreling towards the enemy team. Effective scouting can be done from behind cover as well. As a Light Tank, you are more difficult to spot and hit overall, so use this to your advantage by properly performing your scout duties.

Medium Tanks are considered the most versatile tank type, as they are suitable for nearly every situation. These hybrid tanks offer decent amounts of both speed and armor. Typically, a tank’s speed will go in tandem with how heavy its armor is. The faster a Medium Tank, the less armor it is likely to have. Some Mediums are nearly as fast as the slower Light Tanks, but with better protections. Review the stats on each tank to see which attribute suits your playstyle the best.

Medium Tanks have relatively high damage output per minute, allowing them to act as the primary offensive units on the battlefield. decent reload speeds and quicker movement can offer an advantage over slower tanks in head-to-head encounters. Be prepared to adapt to various roles on the battlefield based on the tank distribution on your team.

Medium Tanks can push forward to spot enemies when scouts are slacking, or hang back as a support to offer cover fire from a distance. Good Medium Tank players will know how to adjust their strategy to the context of a battle.

As you may have guessed, Heavy Tanks are the slowest type of tank available in World of Tanks. However, what these tanks lack in speed, they make up for in thick armor protections and strong firepower. The Heavy Tank’s large frame doesn’t stay concealed for long, so it’s important to find a good spot for cover while still maintaining a decent line of sight on popular areas.

Heavy Tanks generally hang back behind cover to defend their team’s base or offer support for teammates. Your ability to play offensively as a Heavy Tank will depend on the gun, armor, and reload speed a particular tank has. Certain situations may call for you to absorb a few shots to defend a teammate, so be sure to position yourself strategically in order to aid teammates when needed.

Tank Destroyers wield powerful guns that deal immense damage, sometimes inflicting more damage per shot than a Heavy Tank. However, these tanks lack external turrets, limiting their range of motion and leaving them at a disadvantage in close-quarters encounters.

Their powerful, long-range weapons and good camouflage allow Tank Destroyers to fulfill the sniper role their team. Post up in an elevated position near your base, keeping your back and sides close to the edge of the map or behind cover. Try to eliminate other snipers along the perimeter before they can strike you or your teammates.

Artillery Tanks, also referred to as "Arty" or SPG (self-propelled gun) Tanks, inflict devastating explosive damage at the cost of low defenses. SPG Tanks will usually stay back near their team’s base to provide long range artillery support from a distance.

SPG Tanks also utilize a unique aiming and firing mode. Pressing Left Shift will bring the player into a bird's-eye view perspective that allows for targeting enemies beyond obstructions.

Artillery tanks greatly depend on the vision provided by scouts, and require good positioning and recon to play their role effectively. This tank type takes practice and patience, but may ultimately be one of the most valuable roles in World of Tanks.