The new features will be rolling out to all players soon. 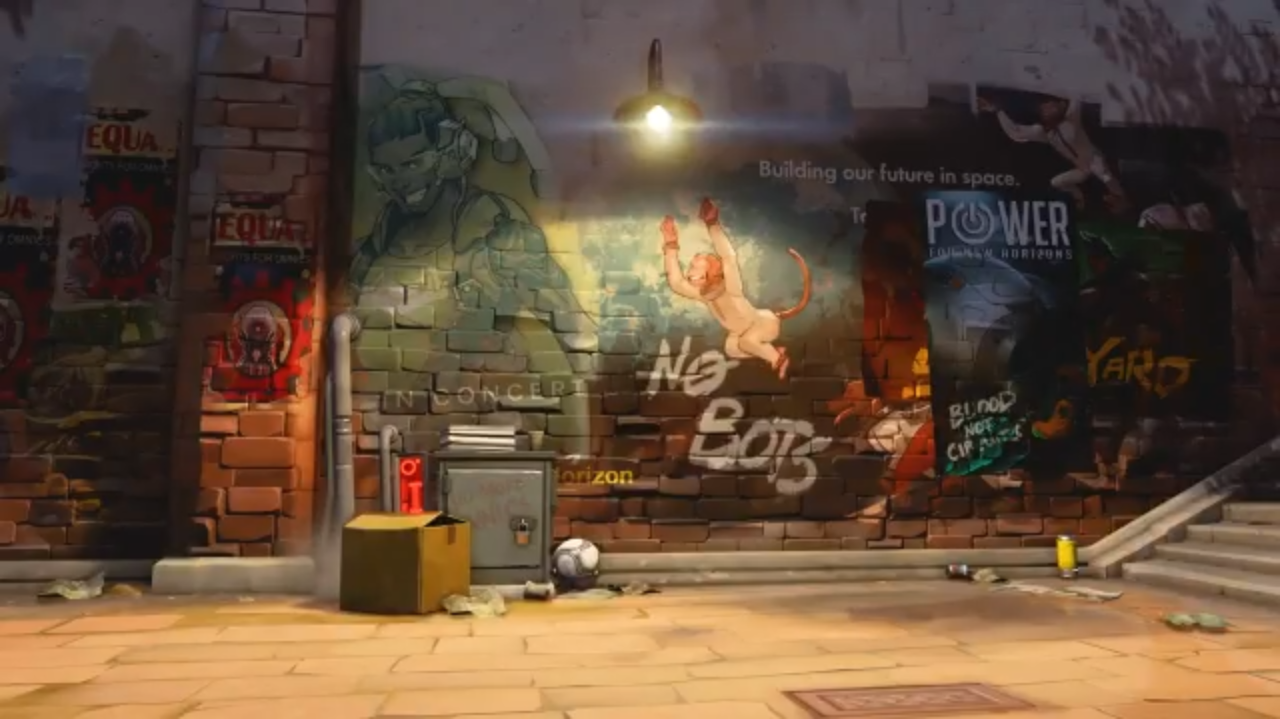 A new island to conquer.

A new teaser has released for Overwatch hinting at what could be the 28th hero or a new map.

The official Overwatch Twitter account has begun the new trail of hints with a short video captioned 'Calm before the storm.'

The video shows a fixed perspective of a wall covered in grafitti and posters in what looks like a city environment. The wall includes a mural for the Lunar Colony, covered by a "No bots" spray. We also see various messages in support or against Omnics as well as posters for upcoming Lucio concerts.

Calm before the storm. pic.twitter.com/yxzXyzdzuA

Animals appear to be a theme too which - tied with the Lunar Colony - may refer to the same program Winston was created under. Could we be getting a new beat-like character on the way?

To be quite honest, we're not really sure what Blizzard is hoping we'll focus on in this image, but that hasn't stopped the game's community from going wild online. Many suggest its pointing towards a new hero, while others believe, perhaps more reasonably, that the wall is part of a new map on its way to the game. If it's the latter, there's a chance it could be located in the UK again as the only map to feature extensive anti-Omnic graffiti so far is the London-based King's Row. There's also a soccer ball on the floor, which could refer to almost any country on the planet, but we can probably rule the USA out at least.

We'll let you know as soon as any more teasers come out giving us a clearer picture.