Lorne Lanning wows with new Oddworld: Soulstorm footage at Made With Unity. 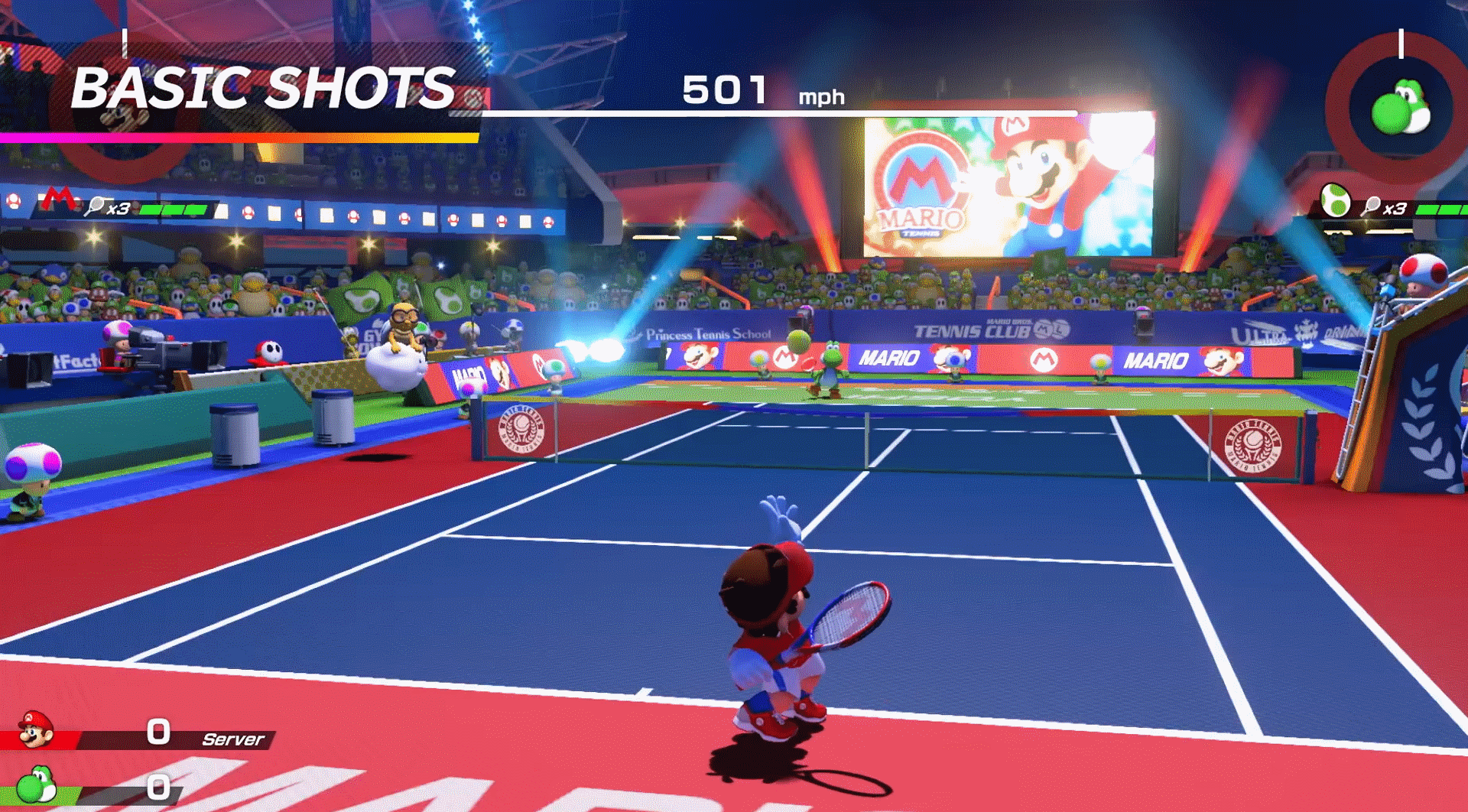 How to counter every shot type in Mario Tennis Aces

Unlocking both Blooper and Koopa Troopa early is easy in Mario Tennis Aces.

In Mario Tennis Aces it’s of vital importance to understand how to counter different shot types. There are a range of different shots you’ll need to return, and each time you fail to counter them your character will be knocked backwards, making it harder to return the next shot. In this guide we’ll teach you the ideal way to return each shot type and keep you in the rally.

(Psst! Looking for how to block Zone and Special shots? Read our guide!)

In order to know how to counter shots, you’ll first need to know all the shots available in the game. Mario Tennis Aces has seven shot types: Flat, Topspin, Slice, Drop Shot, Lob, Trick Shot and Special Shot. The first five of these are your basic shot types and each has a counter. Every basic shot can be charged by holding down the button for a time before swinging. Returning a charged up shot will push your character backwards on the court.

If you want to avoid being pushed back, you’ll need to use that shot type’s counter. You’ll still get knocked back a little bit, but it’s a lot less than you’d otherwise travel. Check the chart below for each basic shot’s counter.

Flat shots counter Lobs and other Flat shots, while the Slice and Topspin counter each other. Finally, Topspin will help you counter a Drop Shot. Identifying each shot type by its color is crucial to mastering these counters, as being repeatedly knocked back can make maintaining a rally pretty tough. Remember though, just because each shot has a particular counter doesn’t mean you should always use it. If your opponent is close to or far away from the net, you may want to throw in a Lob or Drop Shot every now and again. Don’t forget to use your Zone and Special shots too!

That’s all for shot counters, but in order to pull them off you’ll want to make sure you’ve got the controls for each type down. Check out our Mario Tennis Aces controls guide to help you prepare.