Everything we know about Assassin's Creed: Odyssey 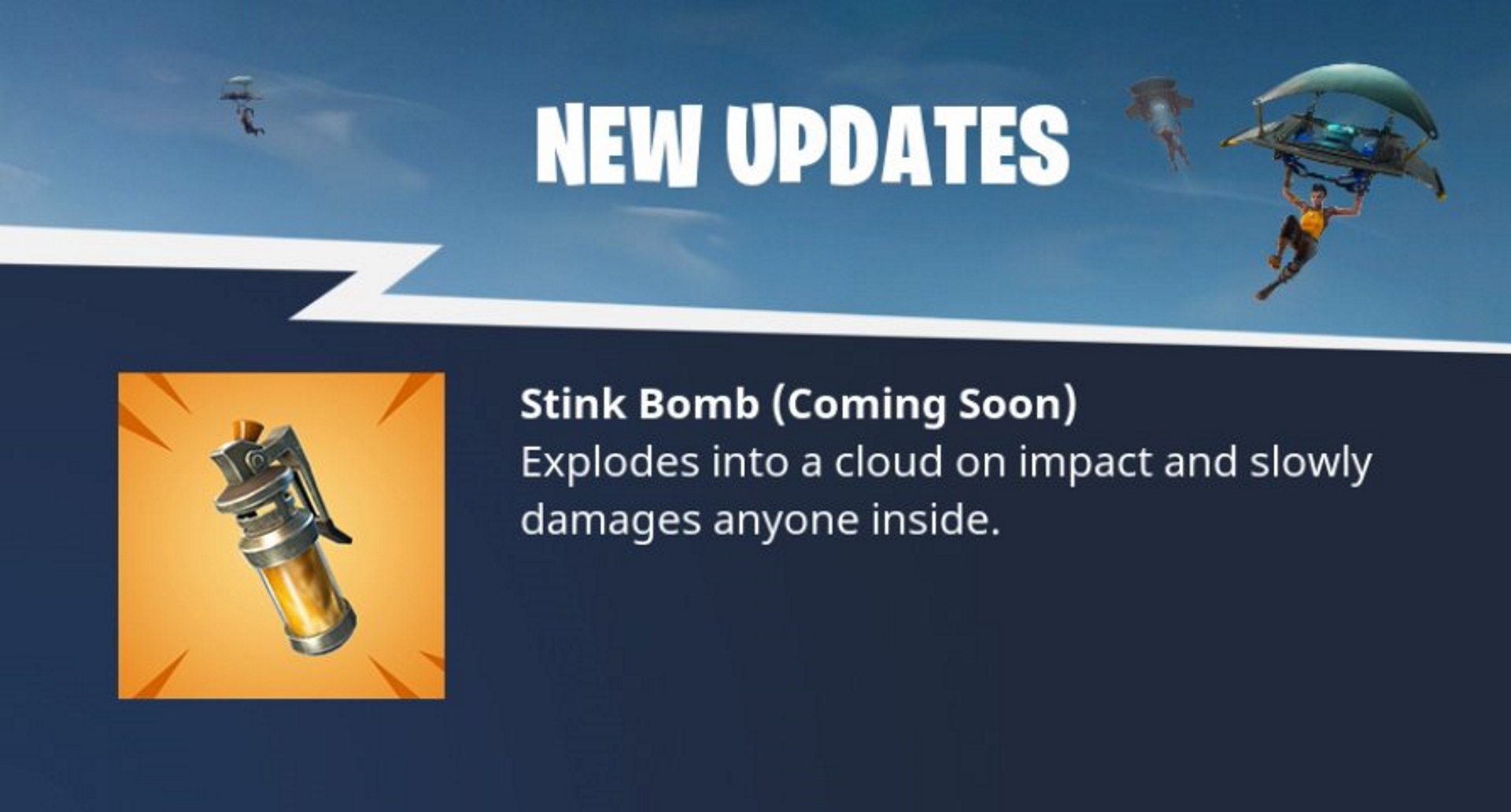 Avert your nostrils, the Stink Bomb has arrived in Fortnite

You can also try the new Sanhok map right now in the PC test server for PlayerUnknown's Battlegrounds.

This week's Fortnite update has introduced the Stinkbomb, a new weapon which deals damage over time to anyone caught in its radius.

The stinkbomb looks to be a replacement for the smoke grenades which were removed back in March due to lack of use. The new, offensive grenade deals a decent 5 damage per half second over a nine second duration (that's a potential 90 on a single target), and it damages through shields, hitting your health directly. You won't be able to outright kill someone from 100hp with it, but that's still pretty damaging, so players likely won't be too keen to hang around. It's worth noting that the Stink Bomb does deal self damage, so you won't want to be throwing it anywhere nearby if you can avoid it.

It comes only in Epic rarity and can be found as floor loot, in chests and in vending machines

Here's a quick video we've found of the smoke bomb in action:

We're still not sure this will find a regular place on many players loadouts, especially when it could be taking up a shield or weapon slot. But it should make for some interesting methods for finishing players off after trapping them inside a box, or to clear out a camping player. We eagerly await the myriad gfycats of Ninja and other top players finishing a game with one.

The Stink Bomb arrives as part of the V4.4 content update, the full patch notes for which can be found here. You might want to check it out just for that Rocket Launcher nerf.

Have you found the new Stink Bomb and are feeling gassed about it? Let us know in the comments below.