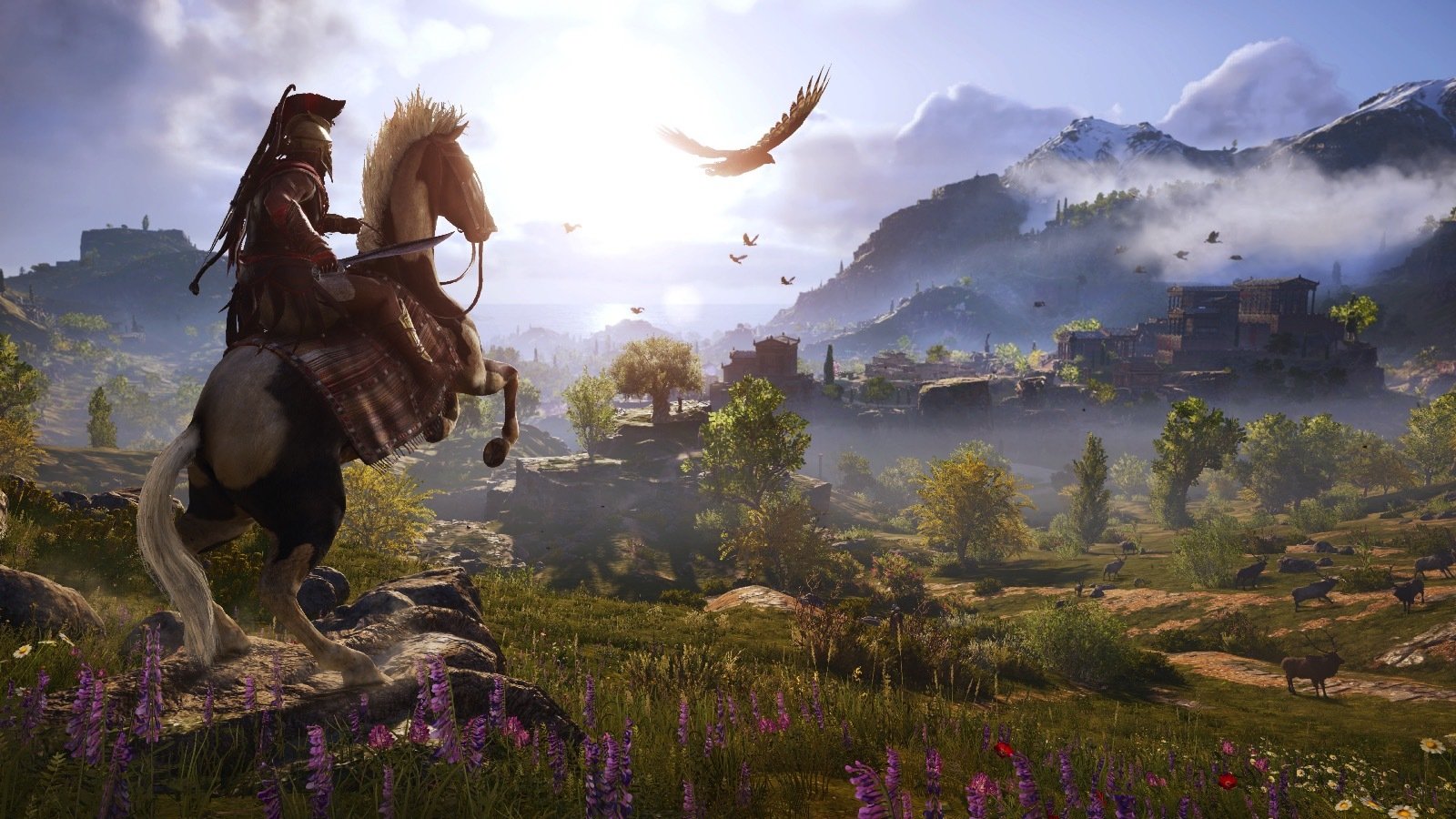 Everything we know about Assassin's Creed: Odyssey

The Assassin’s Creed series is, above all, beautiful to behold. Outside of the soot-stained detour taken by Jacob and Evie Frye in Syndicate, we’ve grown accustomed to blue skies, golden sands and sparkling waters during our travels across Europe to the Middle-East. Right off the bat, Assassin’s Creed has never looked so exquisite as this latest escapade.

Ubisoft Québec has been at the helm of the new Assassin’s Creed for the past three years, during which time they’ve taken cues from the fan favorite Assassin’s Creed IV: Black Flag, but have been as daring as Odysseus himself by introducing some major enhancements to the gameplay. Mainly, players now shape their destiny through some hefty RPG mechanics – with potential for love.

Adventures in Assassin’s Creed Odyssey take place throughout and in between eight fabled islands that include Mykonos, Paros, Delos, Keos, Samos and Naxos. Each location has its own theme, affecting the type of quests we can expect to find there. The set up should feel familiar to anyone that enjoyed the pirating exploits of Black Flag; we set sail in a mercenary ship called the Adrestia, which becomes our home for at least 30 hours of central narrative.

As usual, in many ways this is the ultimate era-tourism experience only this time more steeped in mythology than before. Assassin’s Creed Origins introduced us to some of the Egyptian gods through special events, but characters such as Medusa are as integral to the plot in Odyssey as the likes of Socrates, Hippocrates and Herodotus. There is faintly magical feel to the islands, explored to their highest peaks else plundering the treasures of the deep.

The first real stand-out change is that players have the choice of male or female avatar: Spartan mercenaries Alexios or Kassandra. They follow the exact same story, encountering the same people, and may even flirt with the same sex should the occasion arise. This is only a small step toward the Elder Scrolls-like RPG nature of Odyssey, however. More significant is that conversation trees now lead to narrative detours that can have far-reaching effects.

Usually in Ubisoft’s historically informed flights of fancy there’s a rigid story to follow, now there are numerous conversations that have three possible answers so that even beggars can be hoodwinked into offering their assistance, and charismatic leaders mildly seduced. The clear ‘hero’ choice is usually obvious (“There’s always work to be done”), but there are fun alternatives (“I’d like to spend some time with you”). Ubisoft promises multiple endings after 30 hours of so-called choice dialogue. It’s one step toward becoming a full-blown RPG.

“Choice at the center of everything,” says Ubisoft, and this certainly applies to how abilities, weapons and gear are managed in Odyssey. In Origins we were introduced to a loot-style system that added perks to weapons and armor. Now there are up to eight special abilities that can be mapped onto fast-select menus for personal touches in combat. The combat system is also tweaked to favor a more aggressive style, putting blocking on the back burner while parrying and dodging keeps Alexios or Kassandra faster on their feet. By successfully evading attacks and landing their own, an adrenalin meter builds up, allowing for special abilities such as paralyzing arrows, health boosts and poisoned attacks based on three respective classes of Hunter, Warrior and Assassin. Each one has a complex upgrade path.

Similarly, as with Edward Kenway's ship in Black Flag, the Adrestia can be upgraded to fare better in battle. Crew members come with perks that influence your style of naval combat. Dialogue choices can lead the mercenaries into direct conflict or taking the stealthier route, in which the former often involves an encounter at sea. So, yeah, if you were never a fan of the sea battles in Black Flag or Rogue, maybe Odyssey isn’t the life for you.

Alexios or Kassandra become embroiled in the embittered conflict between the Spartans and Athenians partway through the Peloponnesian War (431–404 BC). This wasn’t fought between individuals, there were thousands of warriors involved on both sides, which has led to Ubisoft adding Conquest Battles – 150 versus 150 soldiers to claim valuable territory. During the course of these battles, a regional champion such as Diocles decides to claim victory for his side. They’re kinda like boss fights, and rock devastating skills of their own.

As your chosen avatar shapes the future of Greece, their profile increases, drawing the attention of rival NPC mercenaries with names such as Delia the Joyful, Acantha the Bringer of Rain, and Maleos the Invincible. They’re similar to the bothersome Phylakes of Origins, but unlike those bounty hunters, the death of rival mercenaries results in great rewards. There’s a similar mechanic for the Adrestia out at sea, almost identical to Black Flag.

For sure, Ubisoft Québec has moved the series along by some way with Assassin’s Creed Odyssey. It’s great to have choice introduced to a model that has become all too familiar. Only thing is, if you were one of those people that would restart sequences to perform everything absolutely perfect, achieving 100% sync, how’s it going to feel if you make a wrong decision, or at least one that doesn’t feel right to you?! We guess being given the opportunity to search the caves and beaches of Mykonos will be enough of a distraction.