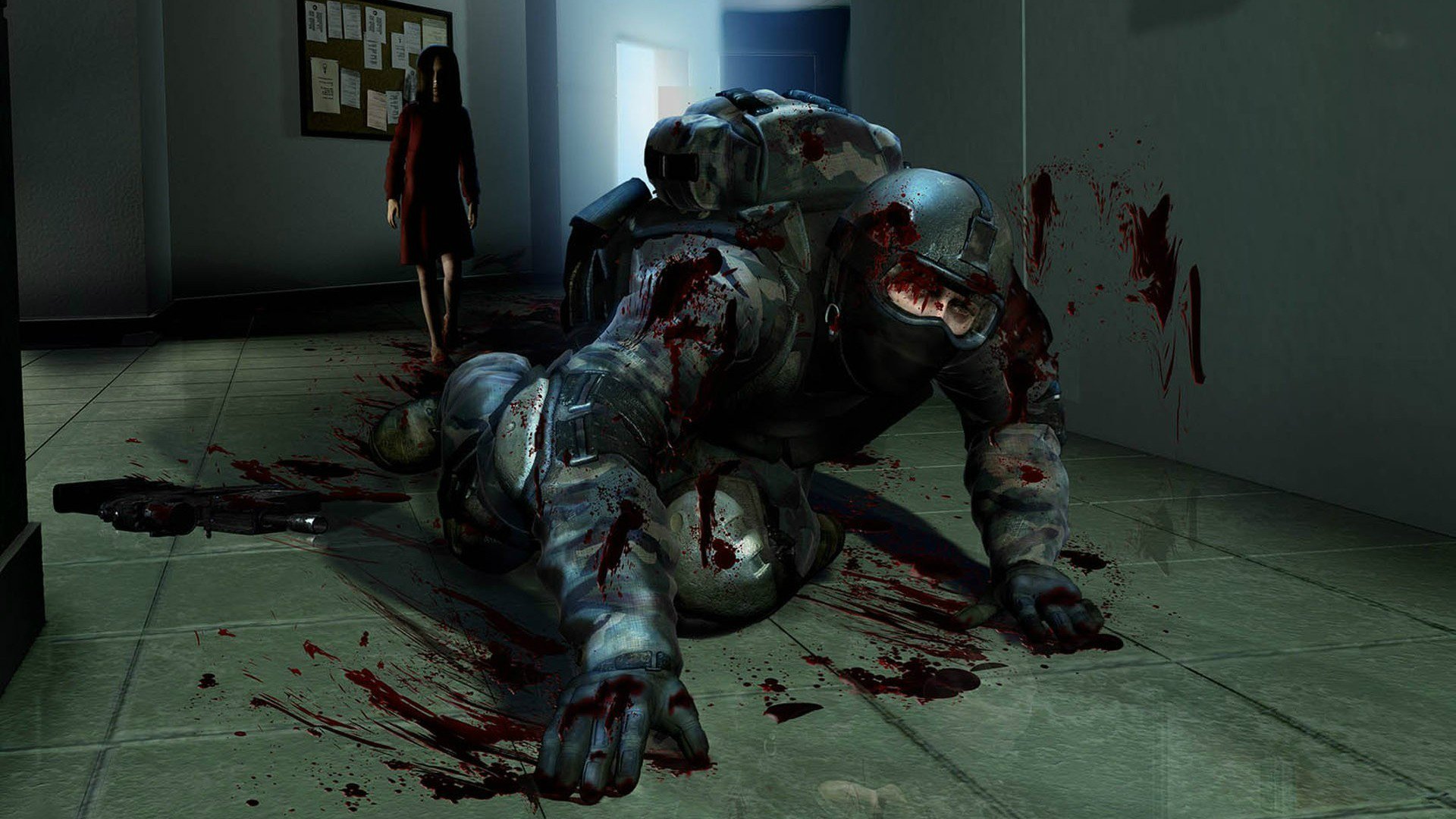 The six scariest games to play this Halloween

It’s that time of year to scare yourself and anyone foolish enough to come knocking at your door. Halloween always brings a peculiar urge to seek out spooks and frights, but sometimes the movies don’t cut it. Being there, among the scares, is the only way to celebrate this special seasonal holiday so scary games are the order of the day. Here we’ve selected our six (six six) favorite spook ‘em ups for your night behind the couch.

True horror comes in many forms, as Silicon Knights began to understand at the turn of the century. Doing away with the B-movie grindhouse-style plots of other horror games at the time, this Gamecube launch title was a psychological thriller with Lovecraftian influence oozing out of the disc. The game’s oppressively dreary atmosphere is charged by a story of investigating your grandfather’s murder turning into a quest to stop ancient gods by helping rival ones. But the enemy of your enemy isn’t always a friend...

After kicking off the indie revival of the late 2000s, Amnesia is now a household name in horror, and for good reason. Survival horror had previously failed to make a game as terrifying as The Dark Descent, forcing you to hide for your life. The strings become a little easy to see on your second playthrough, but if you missed this first time round the way it pokes and prods you with scares is the perfect unsettling experience for this most auspicious of eves. A Machine for Pigs never quite captured the same lightning in a bottle, but there are plenty of horror titles now building on the legacy of Amnesia.

It’s amazing that one of the best horror games ever made is a cryptic demo for a now-cancelled game. And also that you can’t even get hold of it anymore if you weren’t lucky enough to download it. P.T. (the Silent Hills playable trailer) is, or was, a short puzzle filled with some of the most tense and frightening imagery in any full-length game we’ve managed to get through before or since. Trying to actually get the ending is as much an arcane ritual as it is logical puzzle solving. There’s potentially some sort of microphone involvement. There’s maybe something to do with the number of steps you take and the time you do it. Everything about it screams “this is not of this world” and the most emotionally crushing thing about it is that we’ll never see what might have become. A perfect taster of what it takes to scare the life out of players.

On the trend of interpunctated game titles, F.E.A.R managed to make another fairly improbable game genre a hallowed ground for horror fans. This time, unlike Amnesia’s hide and hope playstyle, you have a full arsenal of weapons to fight back with – but it doesn’t make things any less scary. One of the first games to play around with the concept of space in games, casting aspersions on your mind with some time-bending and non-euclidean geometry, F.E.A.R isn’t just another shooter. Also, The Ring was pretty big at the time so that creepy girl standing there had a lot of psychological clout.

P.T. might not have resulted in the best game in this series but that’s ok because Silent Hill 2 is already one of the best horror games ever made. As if the fog-engulfed town wasn’t enough of an unsettling experience, the appearance of Pyramid Head – one of the most intimidating nemeses in all of video gamedom – seals the sequel’s deal as far as horror hall of fame goes. Being stalked around an unfamiliar town, in low visibility, with the screeching sound of his gigantic sword following you is a nightmare that sticks around. Also that ending. We’re not ready to go back. You can’t make us.

We are ready to go back to Resident Evil though. The first game hasn’t aged incredibly, but the HD Remake from 2015 hides some of the awful jank from the early days (*cough* tank controls *cough*). Whether it’s fighting against zombies, sharks or the constantly shifting camera angles the original Resident Evil keeps you on your toes all the way through the game. It’s not as revelatory as it perhaps once was, but through the game’s many permutations (and genre leaps) over the years, the original still distills horror the best. And horror is being stuck in a mansion designed by a drunk architect with bizarre door locks and something called a “Jill sandwich” on the cards. Terrifying.