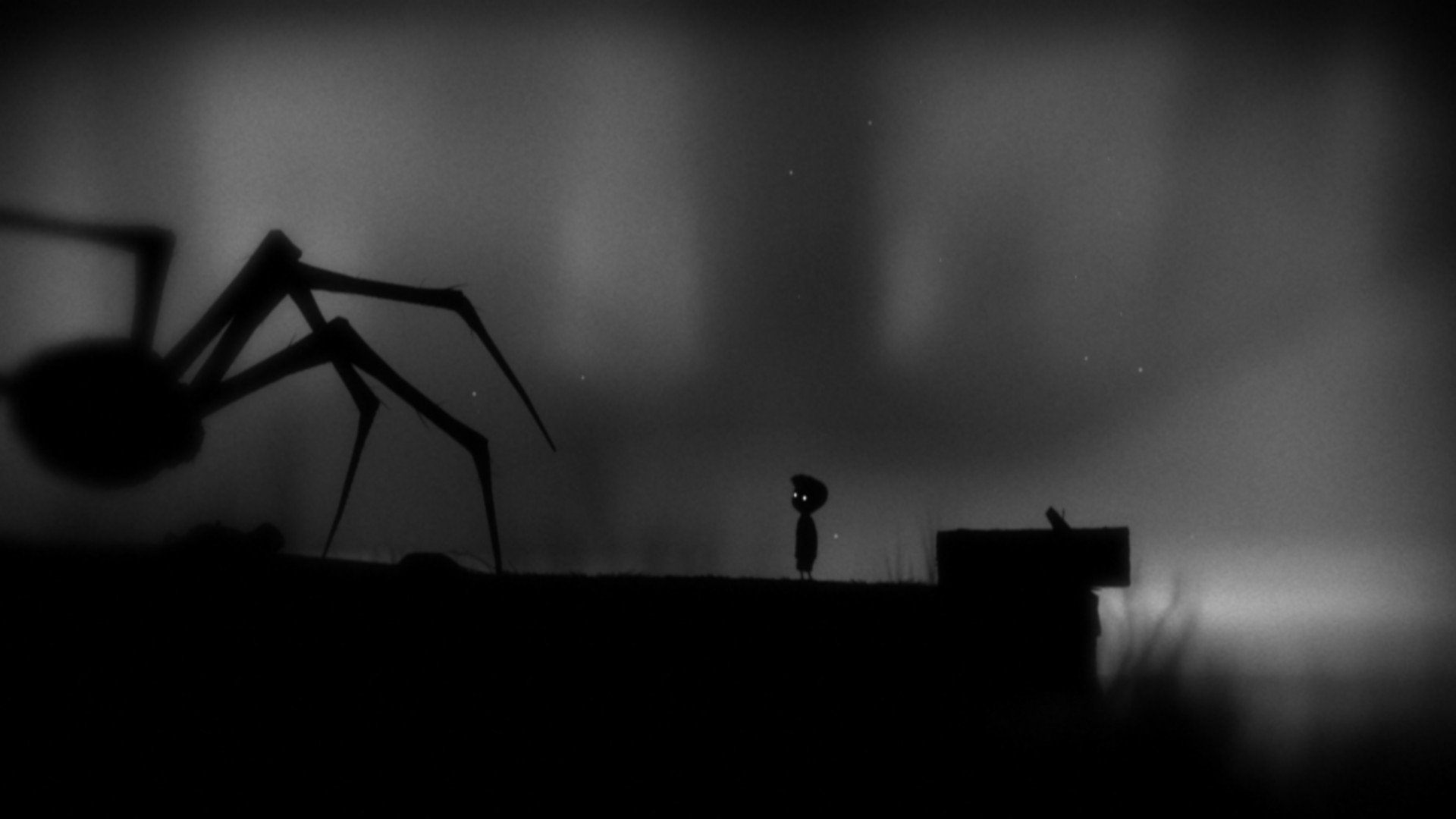 The day of spooks is upon us, and after recently reviewing Middle Earth: Shadow of War, Shelob provided a timely reminder of one gaming’s favourite, creepy monsters. Thankfully, Shelob spends most of her time in human form, but most games aren’t quite so kind. As one of humanity’s most popular things to fear, the eight-legged freaks crop up in more than just horror titles, taking a common role in most RPGs, too. We’ve done the unpleasant work for you in cataloguing gaming’s best (or should that be worst?) spiders. You’re welcome.

Despite barely giving us a glimpse of their bodies, Limbo’s spiders are the game’s most unsettling foes, and deservedly earn their place in gaming’s hall of horrors. You’ll encounter spiders multiple times during your short jaunt in Limbo, and each time is more horrifying than the last. Their careful movements, tentatively reaching out to find a victim, only increase the tension — as does the horrifying fate that awaits you if caught.

After a few early meetings you’ll flee from a particularly tenacious beast,  who returns repeatedly from traps and pits to set your heart racing. Even overcoming it is a harrowing experience, requiring you to get up close and personal. As it drags its damaged body forward on single leg, you’re required to forcefully remove the final appendage before rolling the body into a pit of spikes to use as a platform. Points for pragmatism at least.

The original game’s giant spider lady clearly wasn’t enough for the souls team, who pit you against an enormous — and this time entirely inhuman — boss in the sequel. Certainly not a section for the squeamish, the preceding level has you battle past countless hordes of spiders, many of which won’t even attack, instead watching eerily form the walls. Fortunately they’re terrified of fire, so carrying a torch is well advised.

The end boss, the Duke’s Dear Freja is a towering monstrosity with impenetrable armor everywhere aside from its two faces, meaning you’ll need to get right up in those mandibles if you want to deal any damage. Thankfully, the fear factor is reduced somewhat by the predictable and easy-to-dodge attacks, along with some buggy behaviour that’ll often see Freja sliding around the arena.

Skyrim is far from a horror game, and its spiders aren’t all that evil, with no jump scares or giant monster battles. Yet, even as weak enemies, spiders they remain, with all the flailing, hairy legs that entails. Their inclusion during the game’s opening hours proved a point of great concern for many players, so much so that one of the most popular mods soon after launch was simply titled “No spiders”. Amusingly, rather than removing them for good, the mod instead replaced them with T-posed, inanimate bears that would waddle their way towards you.

Honestly, the sight of frozen bears lowering from the ceiling is far more terrifying to us, but we’re thankful the modding community is there for the players who need them.

The original Resident Evil was defining point of terror in many gamers’ childhoods, and the HD Remaster is a fantastic burst of nostalgic fear. Resi’s spiders are an unpleasant bunch with a tendency to hang around just out of shot in the game’s fixed camera angles.

Black Tiger is the big momma of the bunch, and though not a tremendously tough fight, the claustrophobic camera and dreaded tank controls stop you from achieving a comfortable distance as you dodge its corrosive goo. We recommend bringing a grenade launcher to see off this particular beast.

A Mario game? You must be joking! — Wait, wait! Before you storm off in faux anger: Yes, Super Paper Mario is an adorable platformer/RPG adventure, and that only makes Mimi’s transformation all the more insidious. After chasing down the shapeshifting trickster, you’re finally given the chance to witness her true form, a change which involves her head rotating to an unpleasantly wet crunch before spindly limbs spring outward from her fractured body.

Eugh, we’ll take zombies and ghosts over that, any day of the week.

Bloodborne has a number of grotesque, Cthuthlean beasts, but Rom goes the extra mile in freakiness, hitting the mark on both arachnophobia and trypophobia as you face the bulbous spider and his scuttling minions. Not much of a threat himself, Rom mostly makes for a revolting background presence as you deal with his many children. You’ll have to get right up to his bulging belly if you want to deal some proper damage before he teleports away. The smaller spiders are equally creepy, attacking with unnaturally fast leaps. But hey, at least the scenery is pretty, and the fear factor is bound to wear off after your 10th attempt.

Regular old spiders not enough to spook you? Why not try Metro’s spider-scorpion hybrids, hideous, scurrying bugs with fur and a stinger, that like nothing more than to sneak up on you. They’re deathly afraid of light, so as long as you manage that battery and your lighter well, you’ll be fine, right?

Worst of all, the DLC sends you back into the depths, leaving you to desperately search for a way out from the lair. They only have six legs, so any logical arachnophobe should have nothing to fear from them, but that hasn’t helped us much in practice.