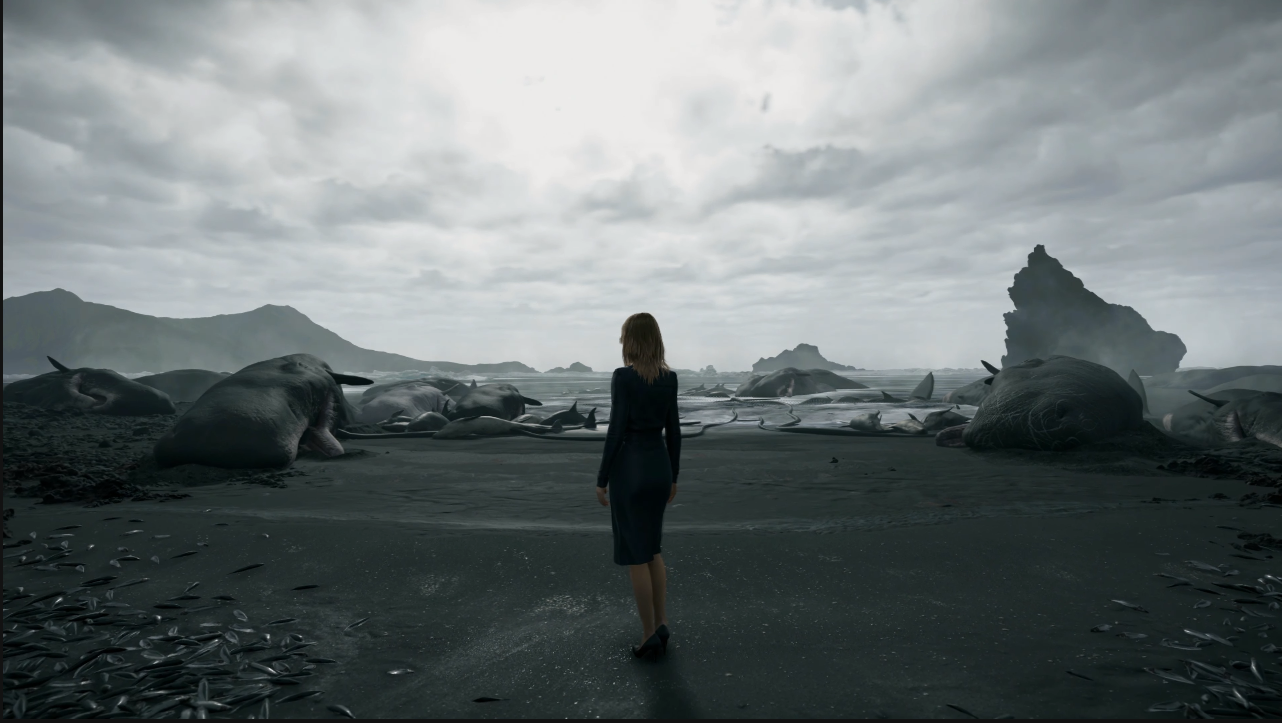 The latest from Squanch Games.

As expected, a new trailer for Death Stranding dropped at Sony's E3 2018 press conference and to say it's "confusing" is an understatement. First, the trailer gives viewers more of an idea as to who Sam (played by Norman Reedus) really is. According to the trailer, he's a delivery guy working for Corpse Disposal Team 6. What he encounters while he's out on one of his deliveries seems to defy all explanation.

With each trailer that's released, Death Stranding evolves into something different than what it was before, and the latest trailer is certainly no exception. In an update after the show's conclusion, Kojima confirmed that what was shown in the new Death Stranding trailer was actual 4K footage from the game running on the Decima Engine. Wow!

We're getting all of our theories and speculation ready so be sure to check back with us at AllGamers as we'll be dissecting the Death Stranding trailer in more detail. In the meantime, check out the new trailer above and let us know down in the comments below what you think!