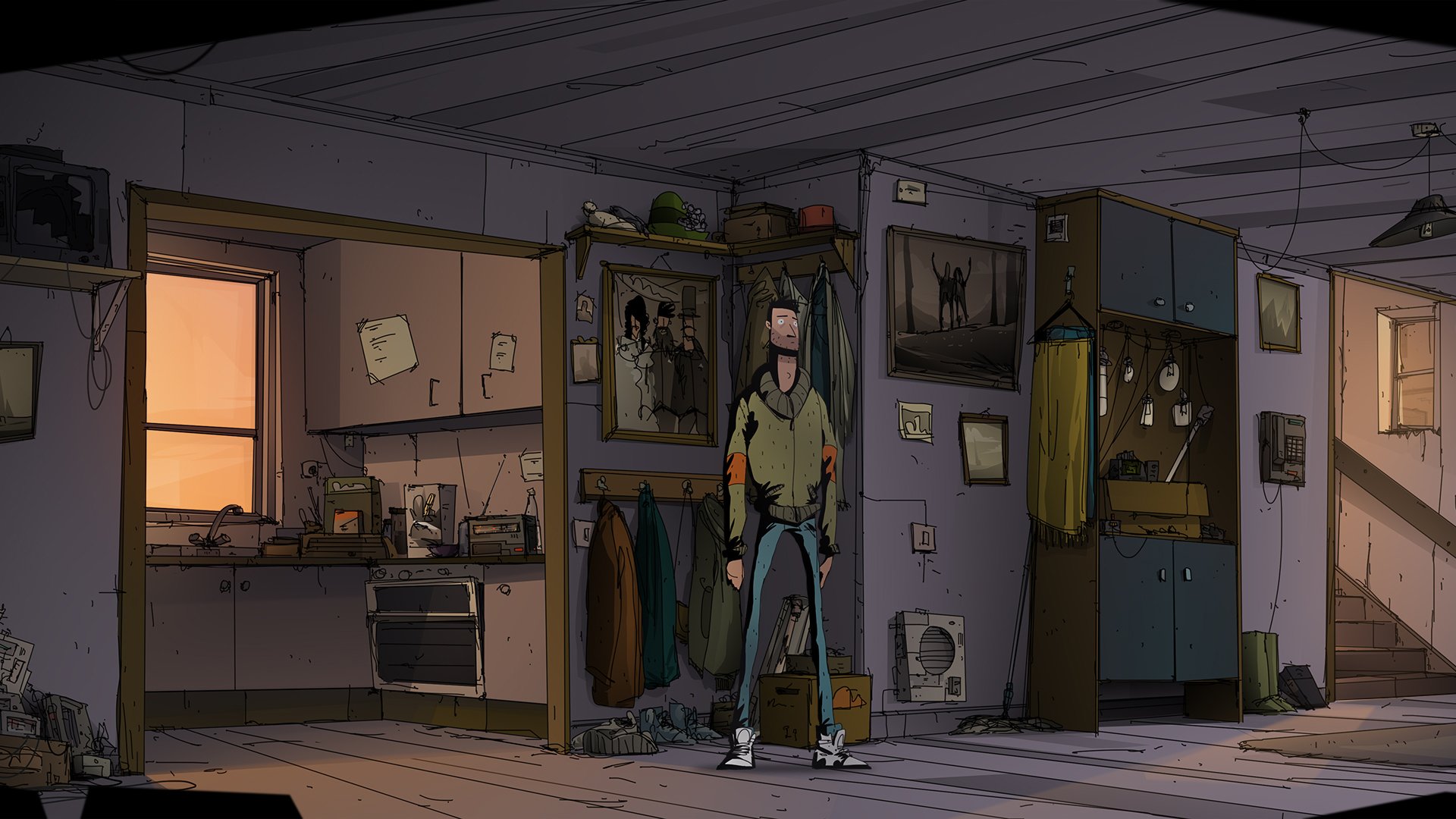 There was a time when point-and-click adventure games were all the rage, but sadly the genre has slowly faded from existence. While many developers have veered away from the mouse-only party altogether, there are still a few dedicated studios proudly carrying the flag. After all, it wasn’t too long ago that titles like Broken Age and Thimbleweed Park enthralled us with their wacky puzzles and intriguing characters. However, many point-and-click adventures often fall short thanks to their combination of convoluted puzzles and frustrating mechanics. Thankfully, Unforeseen Incidents manages to avoid most of these pitfalls and delivers grounded puzzles, stellar voice acting, and witty humour that all make this beautiful, hand-drawn adventure a must play for point-and-click aficionados.

Not all is well in Yelltown and odd-jobs handyman Harper Pendrell quickly finds himself dragged into a world of shady conspiracies and life-threatening encounters. Posters warning of a deadly disease have begun popping up across town, and the inhabitants have seemingly abandoned their homes and left their possessions in order to avoid the epidemic. After fixing a faulty laptop for a scientist friend, our everyday hero makes his way to the town centre where he encounters a woman coughing up blood in the streets. She asks him to deliver a message, one that will lead Harper on a heroic adventure to save not just his town, but the rest of the world too.

The premise sounds serious, but developer Backwoods Entertainment injects plenty of humour into the mix through Harper’s brilliant observational quips, numerous pop culture references, and questionable item discoveries. There’s many a laugh to be had here, and the comedic nature and wider story are a real credit to lead and co-writers, Marcus Bäumer and Alasdair Beckett-King.

The story is further embellished by the game’s fantastic artwork. It’s hard not be taken aback by Matthias Nikutta’s superb illustrations, especially when watching the hand-drawn characters and environments interact with one another. It’s nothing short of a feast for the eyes and really helps distinguish Unforeseen Incidents from other point-and-click games. Whether you’re walking around the ramshackle streets of Yelltown, exploring the creepy Graystone Woods, or visiting the sunny shores of Port Nicola, there’s always something that will catch your eye. Each location oozes with detail and it’s clear that a lot of hard work went into creating a believable world that can support the game’s cast of colorful characters. The artwork and voice acting greatly complement each other and there isn’t a single setting or individual that feels out of place – even the game’s minor characters are memorable thanks to strong performances.

At its heart, Unforeseen Incidents is a wholly faithful point-and-click adventure that has all the features you’d expect to see from such a title. Harper has an inventory that can be filled with numerous oddities and items, while his trusty multi-tool adds another layer of interaction. You’ll need to combine items, cut wires, make fires, pick locks, and fix a plethora of electronics in order to uncover the mysteries behind Yelltown fever. Thankfully, finding items is made easier through character dialogue that hints towards points of interest. Most people you encounter will nudge Harper in the right direction, though there are still a few times you may find yourself a little stumped. Backwoods Entertainment helps alleviate this classic point-and-click pitfall by allowing you to reveal all possible interactions with a single touch of the spacebar. This feature is a godsend, especially when you find yourself stuck or returning to the game after a few days away.

The majority of Unforeseen Incidents’ puzzles are logical and are often backed up by environmental cues and snippets of character dialogue. Early in the game you’ll need to speak to an old man who has information about the shady goings on in Yelltown. Unfortunately, you can’t just waltz into his house and demand that he spill the beans. You can, however, gain access via baked goods bribery. After talking to the various residents of Graystone you learn that the cranky fellow is a well-known artist who has taken to living a life of solitude. Further investigation leads you to a secluded diner where you discover that he’s partial to an organic cupcake or two. Securing a box of these for entry makes for a simple yet satisfying solution. There are a few puzzles that require more lateral thinking, but most never veer too far from rational thinking.

Unfortunately, a few old hiccups from the point-and-click genre still raise their ugly heads. At times Harper’s hoarding of items proves to be a more of a hindrance than an advantage, making the solution to certain puzzles harder to find as a result. Objects from one mystery will often stay in Harper’s inventory long after their initial use, while a few items have no purpose whatsoever. Meanwhile, the nature in which clues are given can also prove frustrating, especially when revealed in one-off dialogue exchanges that can’t be repeated.

Overall, these are only a handful of minor blemishes that fail to tarnish what is otherwise a brilliant point-and-click title. Unforeseen Incidents may not do anything to shake-up the genre, but its gorgeous artwork, comedic characters, excellent voice acting and superb storytelling make for an incredibly charming experience.