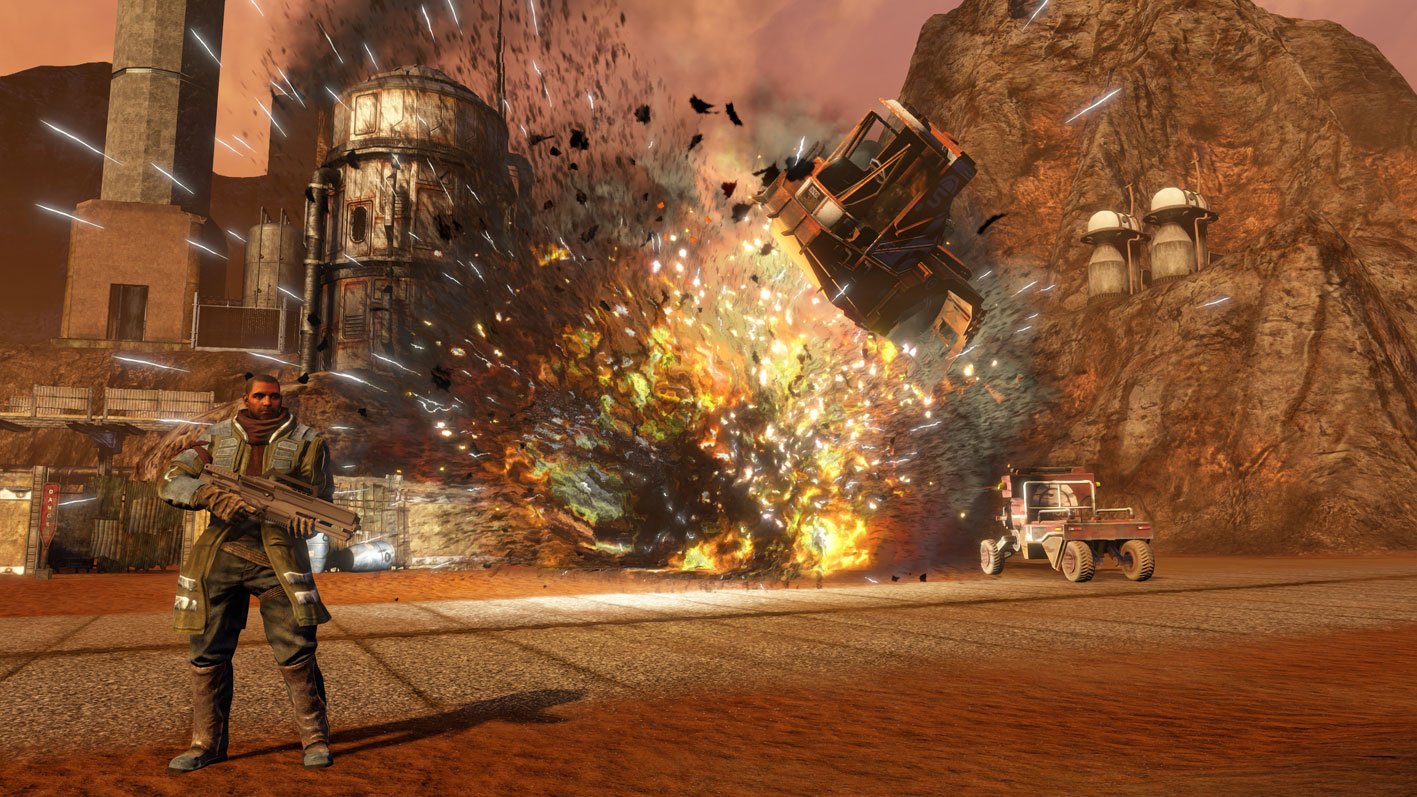 Could Fallout 76 launch this July?

The latest rumor may not be as crazy as it sounds.

Revived publisher THQ has set a date for its "re-mars-tered" edition of openworld demolition adventure Red Faction: Guerilla. The upgraded version of the 2009 hit will arrive on Xbox One, PlayStation 4 and PC in a few weeks time, on July 3.

The game has been enhanced with lots of visual updates, including new textures, and will run in 1080p and 60fps on PS4 and 900p and 60fps on Xbox One. Owners of the Xbox One X or PS4 Pro will have the option to play at 4K resolution by trading the framerate down to 30fps. The PC version runs at 4K natively, and if you own the original you get a free copy. Nice.

Given the nature of the game, this is one remaster worth getting excited about. Casting you as a freedom fighter on a Martian colony ruled by an oppressive Earth government, you must dismantle the state's infrastucture by demolishing key installations. You have an array of wild weaponry to assist you in this task, including a nano-rifle which can dissolve structures at a molecular level, or you can simply get your hands dirty and go to work with your sledgehammer. It was one of the most explosive and destructive games around nine years ago, so it should polish up a treat in 2018.

Once more, Red Faction: Guerilla Re-Mars-tered hits on July 3, just in time for the fireworks.