But Destiny will not be affected. 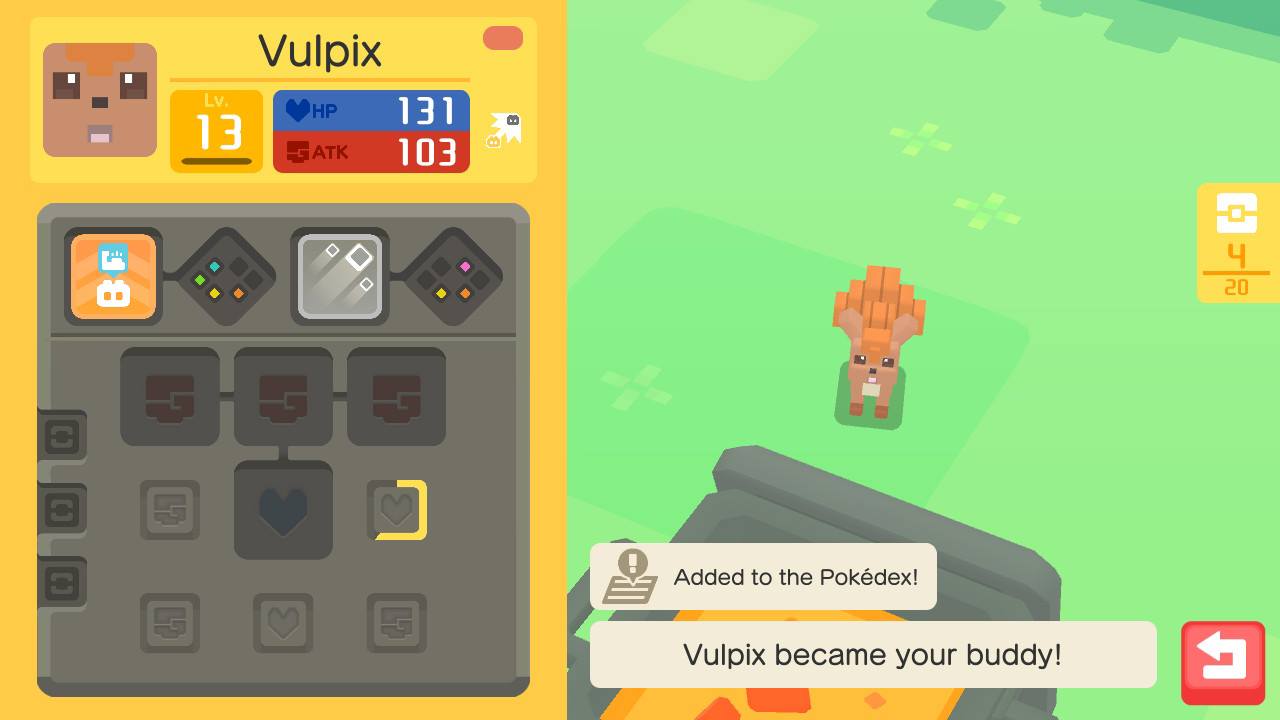 All Evolution Levels in Pokemon Quest

How much should you sell Forest dungeon items for in Moonlighter?

Find out the price to sell every Forest dungeon item for in Moonlighter.

Pokemon Quest, the free-to-download automated battler just released for Nintendo Switch, doesn't play much like previous Pokemon games. That doesn't mean it's not built on the same foundations, however, and collecting and evolving a balanced roster of Pokemon is key to success across the game's ten mission-packed worlds.

Pokemon evolution happens in much the same way as it does in the core games. All 151 first generation Pokemon are featured in Quest, and each evolves once it hits a pre-determined experience level. That level varies from species to species, but is generally the same level at which they evolve in the original games.

If you're a Pokemon fanatic, you've probably already commited that info to memory, but for those who havent' here is a list of every Pokemon and when they'll evolve.

There are a few things worth noting. One is that nobody is quite sure, yet, how special evolutions work. That includes Pokemon such as Evee and Tyrogue, which can evolve into more than one form, and Pokemon which require a special item to evolve in the original game, such as Onix.

Different Pokemon types are stronger in each of Pokemon Quest's different worlds. As each new set of levels unlocks, take the time to check and see which types will get a boost to their stats in each region. Assembling your team accordingly will give you an edge, and planning ahead to attract the right kind of Pokemon, using our recipe guide, and then evolving good combinations in preparation will keep you one step ahead of what's required.

You're aided in this regard by the mysterious statues that unlock as you beat each region. The first gives an EXP boost to Pokemon under level 5, the next gives a boost to those under level 10 and so on. You don't need to place the statues in your expedition camp for the boost to take effect.

Once you've unlocked enough statues, you can really accelerate a low level Pokemon through the ranks in a very short time by pairing them with stronger Pokemon and replaying previously beaten levels. With that in mind, it's worth being tactical in how you attract them to your camp. Better cooking pots will lure in higher level Pokemon, but that's not always a good thing as it can leave you with a basic Pokemon that spawns past its evolution level without changing.

It's more time consuming, but snaring low level Pokemon that you can manually evolve can yield a stronger and more balanced team. Don't forget - any Pokemon that you don't want to evolve can be stuck in their present form using the Everstone option on their info screen. Now get out there and dominate Tumblecube Island with your new evolution expertise!