Shop til' you drop. 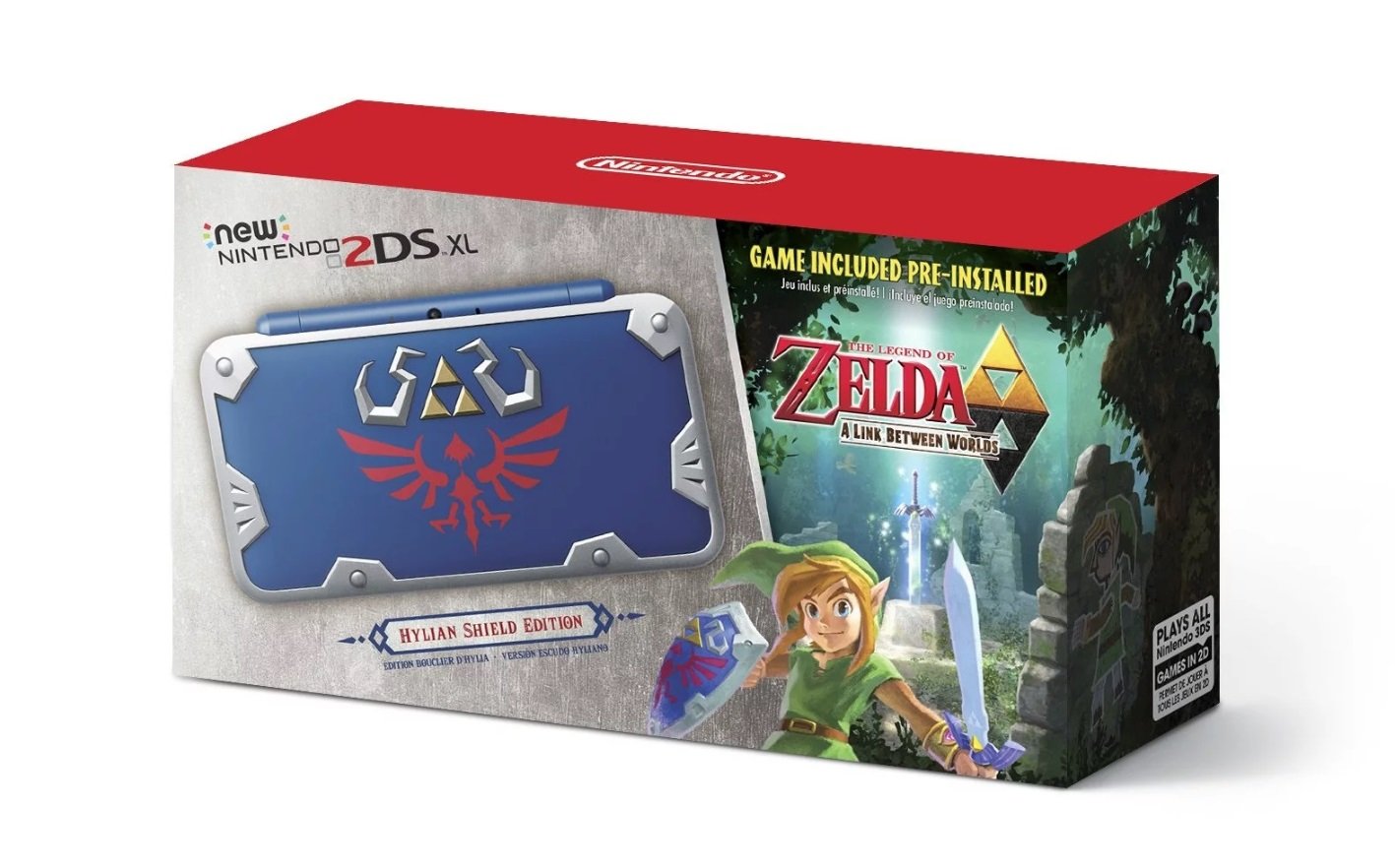 Find out what you can expect from Mega Man 11.

Become the hero you’ve always wanted to be with the New Nintendo #2DSXL Hylian Shield Edition, pre-installed with The Legend of #Zelda: A Link Between Worlds! Get it exclusively @GameStop for $159.99 July 2! pic.twitter.com/ZDxAVzTFvS

Unlike its 3DS counterpart, the 2DS XL plays games exclusively in 2D. Although, it still includes the same built-in amiibo support, processor, extra shoulder buttons, and analog button found in the New Nintendo 3DS XL. Planning on purchasing the Hylian Shield edition New Nintendo 2DS XL, or do you prefer playing on the Nintendo 3DS? Let us know your opinion of the latest 2DS XL design down in the comments below!