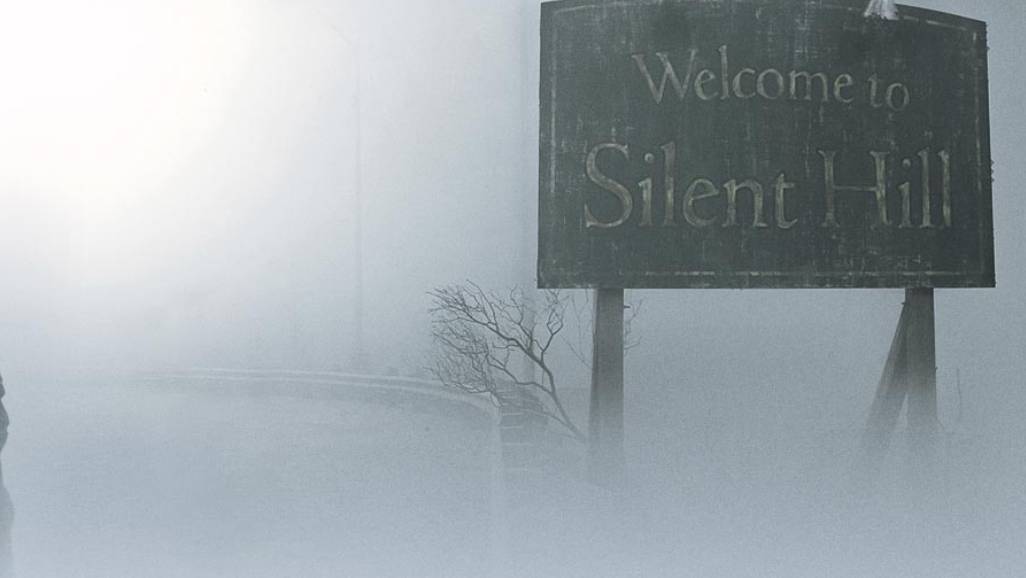 This week marks the 15th anniversary of Silent Hill 3, a game we've already praised as the unsung gem of the long-running horror franchise. That in turn got us thinking about just how many memorable moments of terror and downright weirdness this series has thrown at our panicked faces over the years.

From classic jump scares to skin-crawling surreal encounters to out-and-out grotesque gore, Silent Hill has something to upset anyone. Here's our pick of the best moments from across the series...

What better place to start than the opening of the very first game, way back in 1999? As Harry Mason, players dash into the swirling fog after his missing daughter, and find themselves lost in a maze of alleyways and wire fences. Somewhere in the distance, a siren sounds. The light slowly starts to fade, until you're forced to find your way around by matchlight. You discover a mangled wheelchair, then a hospital gurney with something covered in bloodied sheets. Finally you literally stumble across piles of guts and meat, laying on the concrete. And then the hideous child-like monsters appear, wielding butcher knives, and hack you to death.

You wake, of course, in the Silent Hill diner and your adventure begins properly, but that intro is still one of the most concentrated and head-spinning statements of intent from a game ever. Remember, "survival horror" was only in its infancy as a genre. Players had no idea what to expect, and here's a game that unnerves, grosses you out, and stabs you to death before you've even picked up a single object or found a simple puzzle. It was eerie, nerve-shredding and brutal - the perfect introduction to Silent Hill.

The second pivotal moment in Silent Hill comes when you first encounter those mutated nurses. With their twisted bodies and shambling walk, all dressed up in gruesomely ironic "sexy" outfits, these iconic foes quickly took root in the popular consciousness and can still be found prowling the aisles of cosplay conventions over 20 years later. That first jolt is worth remembering though, not least for the way it subverts something we're conditioned to see as helpful and healing, and transforms it into something monstrous and wrong. The revulsion the nurses evoke takes on a melancholy air later, when you discover their origins and see one of your most trusted companions turn before your very eyes. As a visceral illustration of the fact that no good deed goes unpunished in Silent Hill, the nurses have more than earned their place in the horror gaming hall of fame.

Cat in a Box

Not all of Silent Hill's scares were quite so weird and heavy with subtext. The original game certainly wasn't above using some classic horror movie jump scares to keep you on edge, and the incident with the cat in the locker is a real doozy. Investigating the locker room the first time, you hear something inside one of the lockers, hammering at the door. Open it and - boo! - it's just a cat. A classic cheesy moment. But when you pass that way again later, the locker is banging again and has blood dripping from the door. Open it up and...it's empty. Only then, once you've breathed a sigh of relief, does a corpse drop out of a different locker and make you jump out of your skin. A near perfect set-up and misdirection gag, worthy of a classic horror flick.

He's become the perverted rust-bucket poster boy for the Silent Hill series, but when Pyramid Head was first introduced in Silent Hill 2 it's easy to forget just what a bizarre and inexplicable enemy he was, with his oversized metal helmet and grubby blood-smeared smock. Maniacal butcher? Demented surgeon? Sadomasochistic mutant? We just didn't know, and whether molesting mannequins while you hide in a cupboard, or swinging his gigantic cleaver during a boss fight, he's a force of nature that constantly keeps you on edge. Perhaps his most chilling appearance doesn't involve any of those things though. It comes as you're exploring an apartment block, trying to find a way past a barred corridor. Suddenly, there's a muffled scream. You follow the noise and...he's just there. Standing behind the bars. Watching. Waiting...

Mirror, mirror, on the wall...

One of the weirdest sequences in Silent Hill history comes in Silent Hill 3 as Heather Mason, Harry's cursed daughter, roams a hospital. You come across a storeroom with a mirrored wall. Stand and look in the mirror and you notice that tendrils of blood are slurping down a plughole in the reflection, and then begin emerging in the real world. Heather's reflection stops in its tracks and begins to ooze blood as well. The gore and slime soon dominates the whole room and - oh god - is that something squirming in the mess? Don't get too curious. Linger too long in this nightmarish hellscape and you're dead. Literally.

Robbie the Rabbit is watching...

Some of Silent Hill's most insidious creepy moments are really more like Easter Eggs for loyal fans, such as Robbie the Rabbit, the mascot of Lakeside Amusement Park who has appeared in multiple forms across numerous games. For the purposes of this list, it's his sinister cameo in Silent Hill 4 that lingers in the memory. Subtitled "The Room", but with no Tommy Wiseau in sight, the traditional survival horror formula is broken up in this entry by sporadic periods in which you're sealed inside an apartment, haunted by strange phenomena and with only your neighbor, Eileen Galvin, visible through a hole in your adjoining wall. You can be creepy yourself, and spy on Eileen as she goes about her business - and always in frame is a pink stuffed rabbit, sat on the bed, facing away from you. Eventually, of course, something bad happens and now Eileen isn't there any more. Spy on her room one more time and it seems Robbie the Rabbit knows what you're up to - he's turned around and is pointing an accusatory plush finger right at you.

Don't be such a big head

Eileen is also central to one of Silent Hill 4's most bizarre and out-there moments. As you search for Eileen in St. Jerome's Hospital, you come across a room which contains...well, there's no other way to put it, a gigantic copy of Eileen's mutilated head. No explanation is given. It serves no purpose. It doesn't attack, nor can you damage it (although you can taser it and make its eyes flash). Is it, as some fans think, a confrontational commentary on your previous peephole spying on Eileen? Or is it just Team Silent being unusually over the top and surreal for no apparent reason? The mystery endures...

The classic moments in Silent Hill games sadly diminish as the series enters the modern era, but 2012 entry Downpour contains at least one all-time piece of visual sleight of hand that is worth honoring. You're exploring yet another grungy hell dimension version of the real world, in this case a children's play park. There's a teeter totter, swings, a tire ropeswing - the usual. There's no imminent threat, no puzzle to solve, so you're just drinking in the gloomy atmosphere. As your view comes back around to that tire swing, you realize that it's now a noose with a hanged man casually dangling there. This sort of trick is especially effective in games, where the player is in control of what they see, and swapping items around while you're looking the other way feels especially creepy when you really have chosen to look in the other direction, even if only for a split second.

We'll sadly never know what would have become of Silent Hills, the series revival planned by Metal Gear creator Hideo Kojima together with movie legend Guillermo Del Toro. What we did get was P.T. - or Playable Teaser - a short standalone first-person demo that involved walking through the same loop of domestic corridors over and over again, each time becoming darker and nastier. The sensation of something being unpleasantly off is there from the start, but it's when the previously locked bathroom door is suddenly ajar and you can hear mewling baby sounds from inside that this demo really cranked up the freak factor. Venture inside and...well, just watch and see.

For all its grim storylines and gory aesthetic, Silent Hill has always had a bizarre sense of humor as well. The classic example of this is the secret "dog" ending to Silent Hill 2, which required you to first get all three "normal" endings, then find a hidden key in a doghouse, and use it to open a secret observation room. Doing so reveals that every punishment our protagonist James has endured has been orchestrated by...a dog. A lovely soft Shiba Inu breed, who has been manipulating all the events you've just suffered through - three times! It's a comedy ending, for sure, but it's also perhaps the most disturbing moment in all of Silent Hill history. We're conditioned, especially as gamers, to believe there's a purpose behind every struggle, that redemption has been earned and that obstacles overcome for some meaningful reason. The infamous "dog ending" throws that back in your face, and suggests that all the struggles of life and death are nothing more than a sick joke, perpertrated by an inexplicable universe that couldn't care less whether you understand why. And that, ultimately, is perhaps the most Silent Hill thing of all.