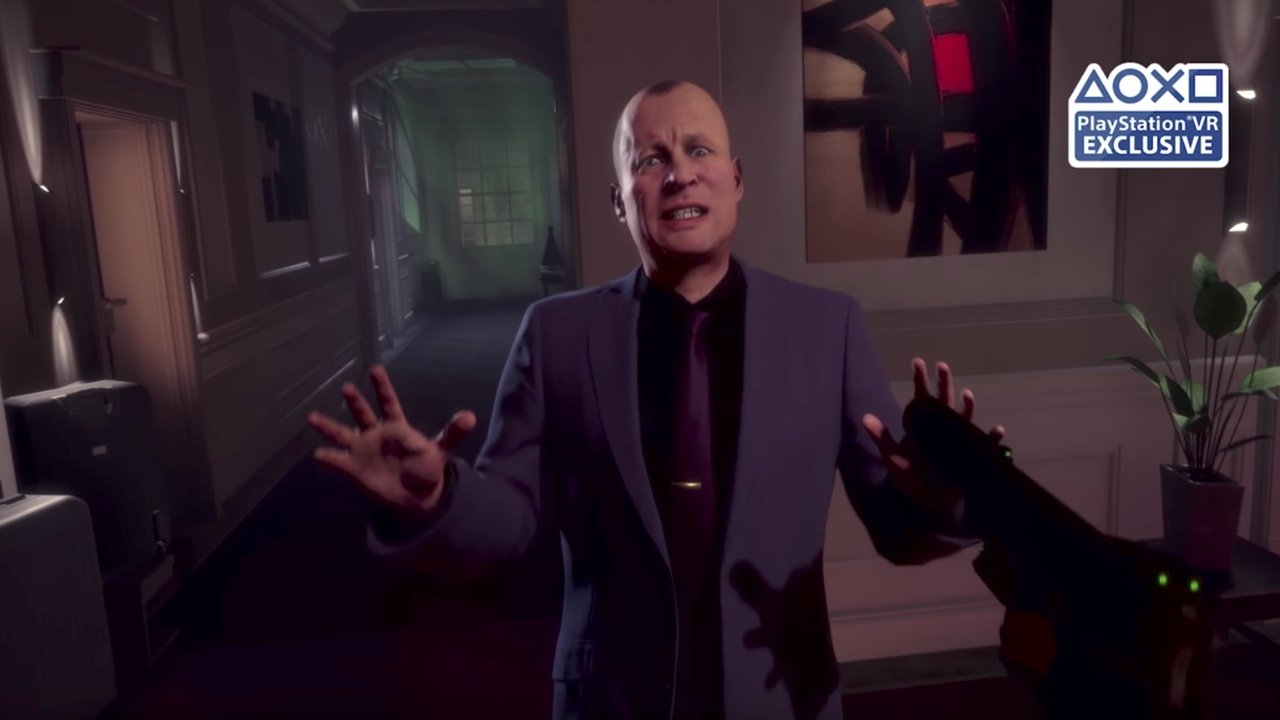 Sony turns on the PlayStation VR game hose in Paris

Ghost of Tsushima sets the Mongol Empire upon Japan.

Reports of PlayStation VR's demise (or at least dereliction) appear to be greatly exaggerated, going by the huge volume of VR titles Sony just showed off at Paris Games Week across a variety of genres.

The headliner was probably Blood & Truth, a new first-person game from London Studio, in which you play as an ex-soldier who looks like he gets tangled up in a life of crime, judging by the amount of people he shoots to bits with his Goldeneye-esque silenced pistol. London Studio was responsible for the Heist game in PlayStation VR Worlds, and this has shades of that, which is no bad thing.

The rest of the PS VR line-up was confined to the preshow, but there was no shortage of interesting stuff despite its slightly reduced profile.

Final Fantasy XV fans will have appreciated the sight of Monster of the Deep, a fishing game set in the world of last year's ginormous RPG. And if you're a PS VR refusenik who happens to like FFXV, there's always the VR-less Episode Ignis DLC to play on December 13, complete with music by Chrono Trigger's Yasunori Mitsuda.

Back to VR though, and we also caught an updated glimpse of Invector, a rhythm game with echoes of Amplitude and Thumper about it, as well as a few others. PixelJunk VR: Dead Hungry and fellow spook-'em-up Stifled are both out tomorrow, October 31:

And same again for Star Child:

Other stuff on the VR release list includes League of War: VR Arena, due out November 7, Moss, due in February, and Bow to Blood, also in 2018.