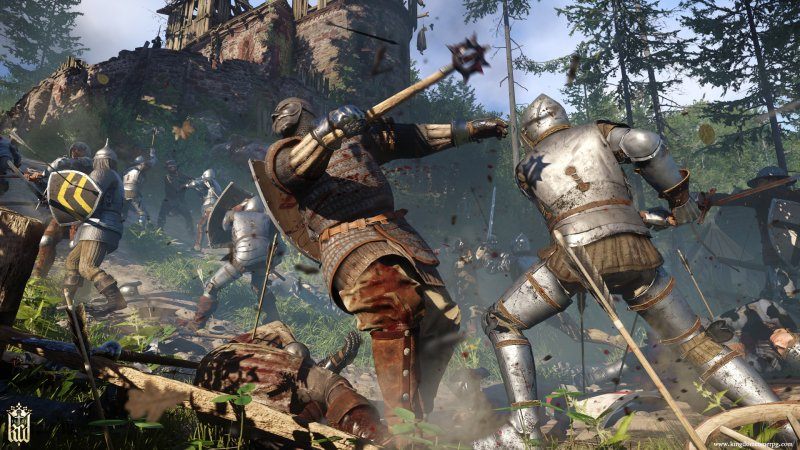 So stop your speculatin'.

There will be four story expansions with the first, From the Ashes, due this summer. That will be followed by the fantastically named The Amorous Adventures of Bold Sir Hans Capon, Band of Bastards, and A Woman’s Lot. Prices and release dates haven't been announced, but if you were one of the game's Kickstarter backers you should get A Woman's Lot for free as a thank you.

Also free are various content updates, which will include a Hardcore Mode and a Tournament Mode. A Combat Academy will be added to help players get up to speed with the game's realistic melee fighting, and the ability to mod the game is also incoming - though whether that feature will come to consoles remains to be seen.

Kingdom Come Deliverance attracted a lot of attention at launch for its historical setting in Eastern European Bohemia. Pitched as an RPG with "dungeons, no dragons" it features no magic or monsters and is instead a realistic recreation of life in medieval Europe. It's out now for PC, PS4 and Xbox One.