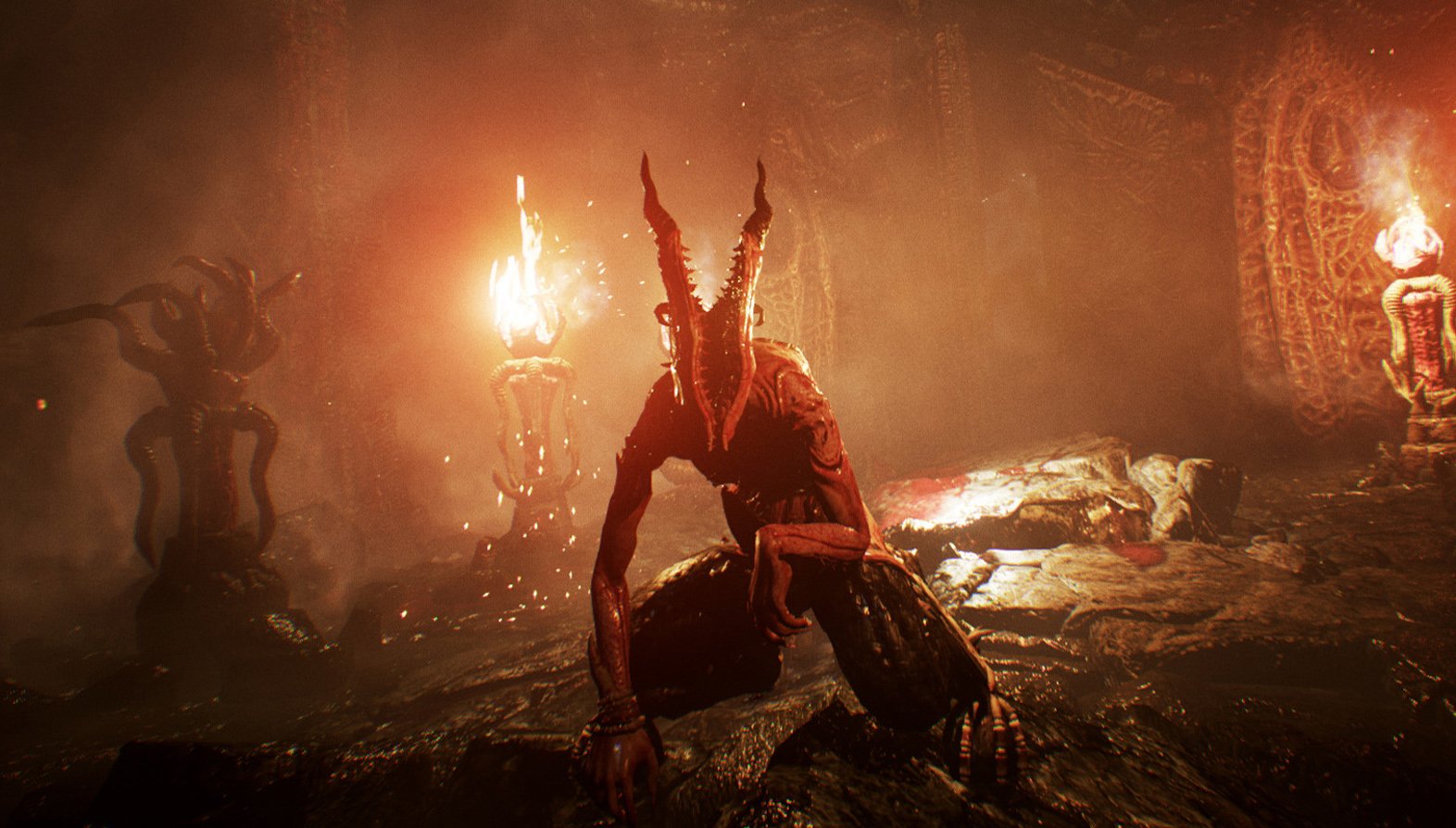 Video games allow gamers to experience all kinds of different worlds and dreams. Travelling through space is possible thanks to the likes of Mass Effect, fighting dragons is now a reality with Shadow of War, and we can now be football stars thanks to Fifa. But games are also excellent at depicting realities we probably don’t want to ever see, nightmare realms and horrors beyond imagining. In the spirit of Halloween and all things spooky, let’s take a look at some of the best depictions of Hell in video games. Get your rosaries and your crosses.

We’ve got to start off with a classic, both because it’s getting to be an old video game (RIP Visceral Games) and because The Divine Comedy is one of the greatest narrative works ever created. Based on the poem by Dante Alighieri, Dante’s Inferno puts the player in the role of Dante, a Crusader who winds up getting stabbed in the back after slaughtering a bunch of innocent people. Death appears and condemns him to Hell, but Dante decides he doesn’t like the sound of that so he kills Death.

Unfortunately for Dante, this isn’t the end of it. He discovers his wife has been murdered, and when her soul appears before him, she gets dragged off to Hell. And so begins a harrowing descent into Visceral Games’ depiction of Alighieri’s idea of Hell. Players fight through every circle of Hell, overcome every one of the seven deadly sins, and ends up facing off with Lucifer.

Everything about the experience is grotesque, from the morphing landscape to the people you meet on the journey. Thankfully, Dante manages to atone for his sins, and even manages to slaughter the Devil. Dante’s Inferno was the perfect blend of video games and poetry.

Though it’s not yet released, Agony is shaping up to be one of the most disgusting video games ever released. Set deep within the bowels of Hell, Agony puts players in the shoes of a lost soul who’s only goal is to find a way out.

The trailers and gameplay are extremely unsettling, with fire and brimstone everywhere, and demons slinking around torturing the prisoners. Agony’s representation of Hell is extremely violent, dark, and just about everything you’d expect it to be.

It’ll be interesting to see how the player overcomes the shackles and whether or not they make it out of that plane of existence.

The Elder Scrolls is a series that continues to amaze gamers with every single installation. It’s hard to believe that Skyrim was released 6 years ago, especially considering the amount of ports Bethesda have managed to churn out. It’s even more difficult to fathom that Oblivion was released over a decade ago. It’s been a long time, but we’ll never forget the incredible soundtrack or our time adventuring through the fields of Cyrodiil. We’ll also never forget the ghastly sights and sounds of Oblivion.

The game’s namesake is a realm of existence where the demonic forces of Elder Scrolls reside. The Planes of Oblivion are best described as lava-filled, sunless, fortresses. One of the creepiest things about Oblivion is that to enter, one must pass through a massive rocky gate. These gates come thrusting out of the ground and infect the surrounding area with terrible creatures and stain the sky red.

With traps around every corner, impossibly tough creatures, and ghastly Draemora soldiers, Oblivion is a challenging and vicious video game version of Hell – but it does have some good loot.

There would be no excusing us if we failed to include the hugely popular Diablo II on our list of best Hells in video games. Though there are now three titles in the franchise, each with their own expansions, the second entry in the series is often cited as people’s favorites.

Late in the game, the adventurer has only a single task: follow Diablo into Hell in order to destroy their soulstone and prevent it from coming back. After so much time fighting on the human plane, it’s unsettling to step foot into this new realm. With fire filling up the majority of the screen and dark stone underfoot, the area is just as hellish as its name suggests.

There are some subtleties to this underworld as well, with ruins dotted along the paths – it’s as though there was something vaguely hopeful here before, but now it’s decayed and corrupted. The quest culminates with the adventurer slaying Diablo and destroying the soulstones. But as players know, the story is far from over.

Finally, probably the best Hell in video games can be found in Doom. Pick any title in the series and you’ll find gritty and meaty gunplay, hostile demons, and a fiery depiction of Hell. For this example though, we’ve just got to talk about id Software’s 2016 release, Doom.

Doom released to gamers who were ready to kick it down the street, but everyone and their dog were blown away by what they got. Doom grabbed you by the throat and wouldn’t let go until you kicked, shot, and ripped the spine out of every single demon and creature in existence.

The fast-paced gameplay that rewarded diving into the fight was lauded as a breath of fresh in an industry that seems to prefer sitting behind cover and sucking its thumb. Enemies dropped health when you got close enough to deal an over-the-top violent finishing move, making it extremely satisfying to run ‘n’ gun like the good old days.

Then there were the settings. Doom took the player from the red wasteland of Mars to the fiery wasteland of Hell. With bones, stone, fire and demons everywhere, Doom’s Hell was chaotic and full of action. What’s best is that you never stuck around long enough to get bored of it, always jumping back and forth between reality and Hell to continue ridding the world of evil and sending every demon back to Hell so you could kill them again.

Though they might all stick with the same few elements of fire, brimstone and demons, video games do well to depict a version of Hell that are different to one another. Some games do it well, but these games do Hell the best.