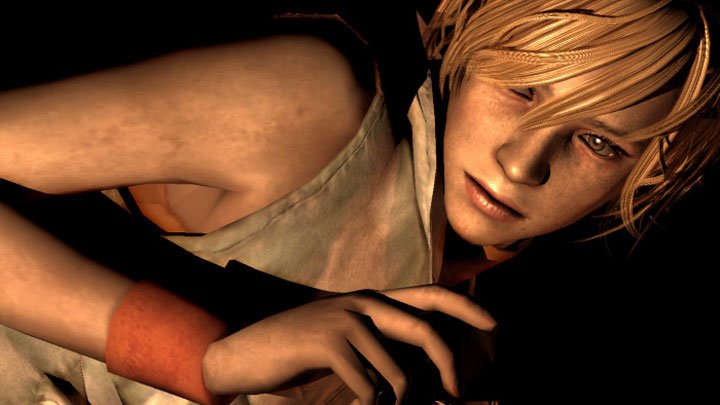 Silent Hill 3 is the unsung classic of the series

Have you thought about Silent Hill 3 lately? Chances are you haven’t. The game, which celebrates its 15th anniversary this week, is often overlooked when talk of the survival horror genre comes around. That’s understandable, up to a point. After all, it immediately followed Silent Hill 2, widely regarded as one of the most effective and inventive horror games ever made, and nothing overshadows a good effort than emerging in the shadow of greatness.

Silent Hill 3 also suffers from the other end of its franchise, as the fairly steep and rapid decline in the series starts with the offbeat but inconsistent Silent Hill 4, depending on who you ask. Certainly, few fans will be picking any of the games after it as a franchise highpoint.

With a classic on one side, and a depressing slide into mediocrity on the other, Silent Hill 3 has fallen through the cracks when it comes to critical appraisal, and that’s a shame. While it doesn’t do much to shake up the tried and trusted gameplay that Konami had put in place, in terms of narrative it marked a shift in horror gaming that we’re still feeling today.

To understand why, it’s important to remember what made Silent Hill stand out back in the day. In 2018, its blood-and-rust aesthetic is overplayed and even a little corny. Enemies that are shambling sacks of meat in vaguely human shapes now seem cliched, but in the late 90s and early 2000s were still genuinely unnerving and freaky. If the success of pop culture is judged by how quickly its ideas and identity get ripped off, passed around and used up, Silent Hill has earned its place in the pantheon.

At the time, the only real competition in the horror blockbuster game stakes was Capcom’s Resident Evil, which was already well on its way to spiralling into incomprehensible conspiracy mush and increasingly action-based monster encounters. Capcom had also revived its Clock Tower series, shifting it from point-and-click adventure to survival horror in an attempt to capitalize on Resident Evil’s success.

Silent Hill always had its own take on horror, however. The idea of a disturbing and dangerous alternate world co-existing alongside our own, and protagonists who are drawn across the barrier because of some personal psychological drive rather than being sent in as cops or soldiers to kill the monsters.

Silent Hill 3 takes that internal approach to horror and escalates it. In both the previous games, you played as men drawn to Silent Hill either in search of a missing person, or driven by guilt. In both cases, the cause of their obsession was always tied up in someone else – a female character who, inevitably, ended up as little more than a plot MacGuffin. In making Silent Hill 3 a direct sequel to the original game, and making Harry Mason’s daughter Heather the main character, Konami not only dodged around that pitfall but did so in a way that made Heather something of a mold-breaking female character, her story driven by the need to escape her own inherited role in a coming apocalypse and featuring no scanty clothing or damsel in distress stereotypes.

Indeed, the only male character of note in Silent Hill 3 is Douglas, a sleazy and disreputable private detective. The story instead is a clash between Heather, who is prophesised to give birth to a new incarnation of Silent Hill’s cult god, and Claudia, a member of the cult who is determined to see the prophecy through, regardless of Heather’s wishes. There’s a ton of thematic material to dig into here, from arguments over women’s reproductive rights to a wider exploration of the role of religious duty in society. Claudia, for all her demonic leanings, is not a cut and dried villain. The cruelty she inflicts is all in service to the idea that a god must know suffering in order to have empathy for its subjects. There’s undeniable method to her madness, which makes the game’s incredibly grim and shocking finale all the more effective.

None of its bold narrative choices would land if Silent Hill 3 wasn’t also a scary and exciting game, of course, and for all its lofty intentions it never skimps on the crowd-pleasing viscera. From an eerie opening in an abandoned theme park, that trusty standby location of many a creepy tale, to the ingenious way it folds locations from the previous games into Silent Hill’s map, making us feel Heather’s sense of familiarity and dislocation, you’re never far from another spine-tingling moment. Special mention must go to the mirrored storeroom which delivers one of the most nightmarish scenes in gaming history, without resorting to any monsters at all.

It’s inevitable that Silent Hill 2 will continue to guzzle up most of the praise thrown at Konami’s dormant franchise, and fans can be justifiably annoyed at how poorly the series fared from its fourth entry onwards, as the publisher struggled to maintain the high level of narrative trickery and instead fell back on repeating and rehashing surface tropes which became less effective each time. And let’s not even get into the mess that was made of the supremely promising Silent Hills project.

No, instead lets dig into the dusty pile of PS2 discs and revisit the unsung gem of the Silent Hill franchise – a game that offered a bold new narrative direction inside a supremely disturbing horror adventure with all the squishy bits a gorehound could want. Birthdays in Silent Hill probably aren’t ever “happy”, but here’s hoping it’s a good one all the same.