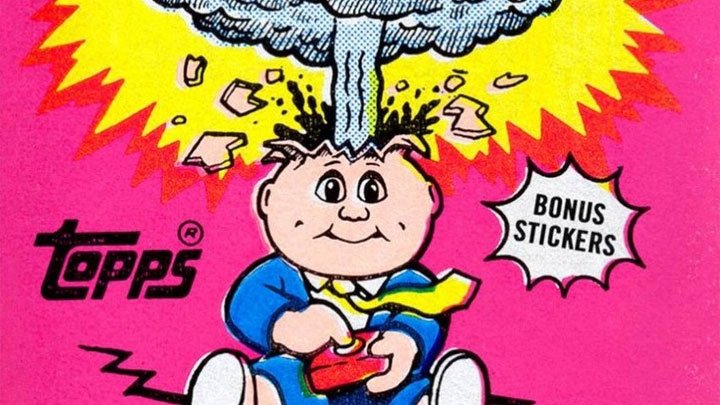 The Garbage Pail Kids are finally getting a video game

Friday the 13th gets single player challenges this week

The gross 1980s schoolyard fad known as The Garbage Pail Kids is coming to mobile, as a collectable card game.

A #GarbagePailKids mobile game is coming from @Jagostudios and @Topps! This new #RPG card battler will be available on iOS and Android. Visit https://t.co/QnB8f5w5JW for updates. #gpk #gpkgame pic.twitter.com/pP8Jx3KY4I

Nothing else is known about the game at this stage, other than it will be available for both iOS and Android "soon".

Even with so little to go on, this will probably be big news for gamers of a certain vintage. The Garbage Pail Kids were a legitimate phenomenon in the 1980s, starting out as blind-bagged stickers spoofing the popular Cabbage Patch Kids toy line. With grotesque characters who were often covered in snot, slime, gore or vomit, they were immediately notorious and quickly banned by many schools. Bizarrely, this gleefully disgusting brand was co-created by Pullitzer Prize winning cartoonist Art Spiegelman, best known for his allegorical Holocaust graphic novel, Maus.

At the height of their success, the cards produced 15 different sets, and even inspired a live-action movie spin-off, as well as a TV series that never got aired in the US. Despite their ubiquity during the decade that cemented gaming as a national pastime, they never got their own video game however.

The cards have been revived several times, most notably in 2016, parodying modern American culture with cards such as Donald Dump and Kanye Pest, and earlier this year with a range of "We Hate the 80s" cards attacking icons from the decade that spawned them.

The truly terrible and frankly disturbing movie is out on Blu-ray, if you want to see what the fuss was about.