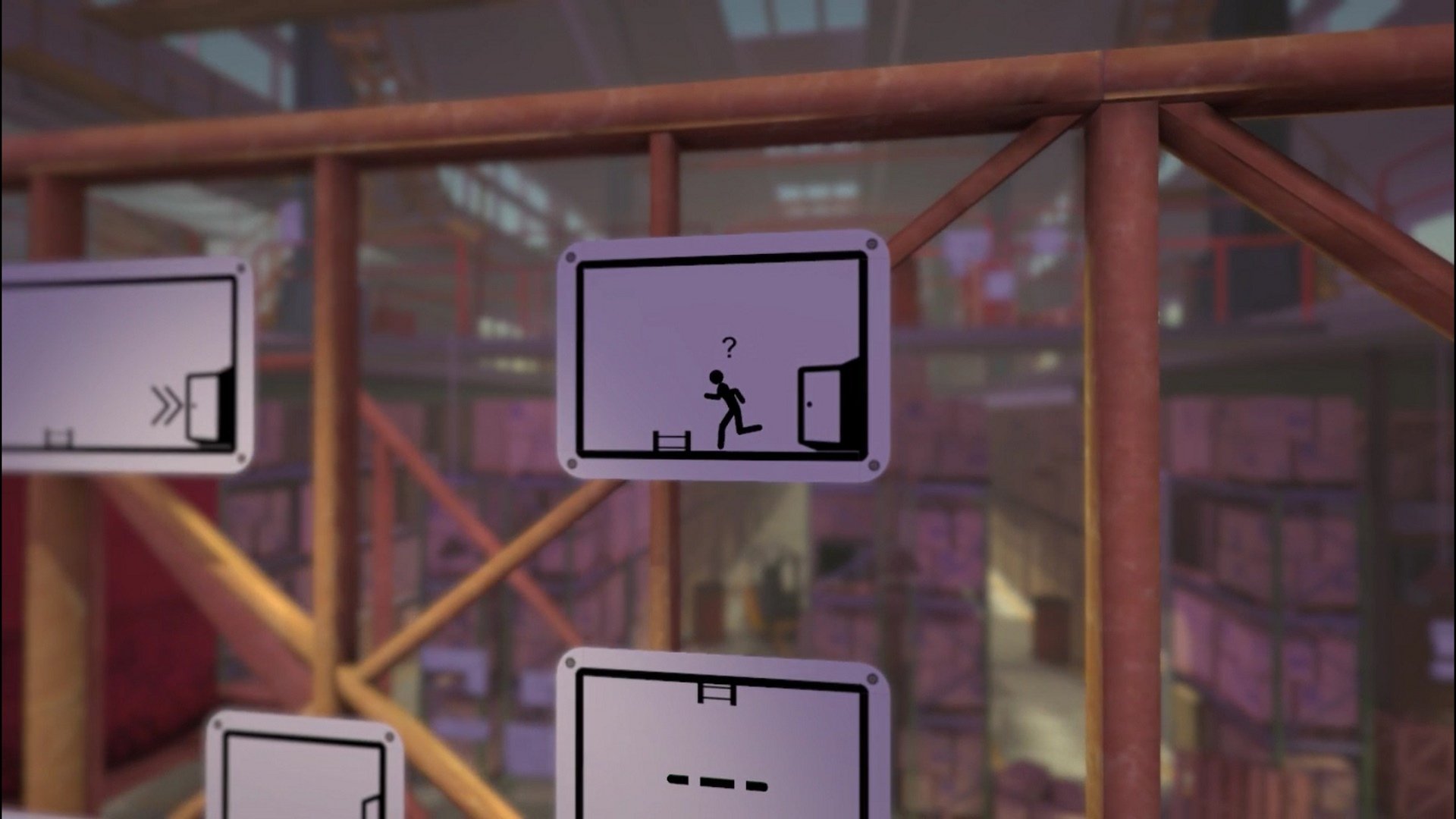 The Screenshot Saturday showcase - May 19

Every Saturday, studios and individuals the world over take to Twitter to share images and videos of their games in development as part of #ScreenshotSaturday. It’s a fantastic celebration of how widespread and varied game creation has become, not to mention a great way to keep an eye on upcoming gems or spot incredible artwork. Collected below are some of the coolest stills, gifs and videos from this weekend which we’ve gathered for your perusal pleasure. Inventive platformers, couch co-op and a revival of adventure games — we’re loving this week’s selection.

The Pedestrian is a simple 2D puzzler built around a delightfully creative theme. Each level takes place on street signs in a bustling city, letting you run across and hop between boards above freeways, in back alleys and even down in the subway dark. By shifting the signs around and completing puzzles in 2D you’re able to influence the larger world around you, opening up the path deeper into the city. It’s a fantastic concept and the simple, stickman design of the 2D world contrasts wonderfully with the bulky and busy background environments. Successfully funded via Kickstarter, there’s a free demo available on the developer’s website to keep you busy until its release later this year.

Fez 2 sadly never saw the light of day, but thankfully other developers are picking up the mantle of the perspective puzzler (yes, we’re coining that as a genre). Jesse Ringrose has yet to title their line-riding mindbender, but we can already see a thing of (terrifyingly confusing) genius begin to emerge. Rotating the camera, the player can shift a travelling blob between the outlines of different objects to collect cubes or progress through a level. Currently, Ringrose appears to be playing with a slew of different mechanics. Various tweeted gifs show objects and cubes hidden within others, observable only from a discrete set of angles, as well as a threatening red blob capable of jumping lines in the exact same manner as you.

As part of RAC7 Games, Ringrose has just overseen the launch of world-splitting puzzler Splitter Critters on Nintendo Switch and Steam, so it’s no surprise to see them tackle 3D perspective meddling with such finesse. Ringrose has been posting chunky updates via Twitter as they develop the game further and we can’t wait to see what comes of it in the long run.

Couch co-op is one of our favorite ways to play here at AllGamers so we’re always excited to see new development teams trying their hand at it. Scout’s Honor tasks up to four players with the crucial task of setting up camp in the wilderness. Tents, campfires and food, it all needs to be sourced and constructed before time runs out and darkness falls. That might not sound too taxing for a group of well trained kids, but throw ghost attacks and spike traps into the mix and things are sure to get out of hand quickly. After all, we’re fairly certain that even the Scouts won’t teach you how to face spectres from beyond the grave!

Scout’s Honor looks to take a more freeform approach to the Overcooked mold, letting players choose where to position their tents, campfires and more as they collects the necessary goods. Considering Overcooked topped our list of the best couch co-op games around, you could certainly do worse when looking for inspiration. Scout’s Honor is currently in alpha stage but you can sign up to the mailing list on the official website for the chance to take part in beta tests down the line.

Some updated gameplay from the alpha. We received some great feedback which we are currently implementing.#feedback #gamedev #IndieGameDev #indiedev #madeinunity #unity3d #screenshotsaturday pic.twitter.com/CdeRJtHYQW

Two and a half years of full time development and now it's down to another 5 days until the release of Unforeseen Incidents. Some progress over the years... #screenshotsaturday #gamedev pic.twitter.com/Uvhhvx4taw

Unforeseen incidents is a modern take on the classic adventure game genre. When a small town is struck by a deadly and unexplained disease, handyman Harper Pendrell accidentally uncovers a deeper conspiracy and must work together with the town’s inhabitants to unravel it. Hand drawn in beautifully distinctive art, the game promises “challenging investigation, smart dialogue and a rich cast of characters.” Better yet? It’s out on Steam in just three days (May 24). Check out the trailer below for more details.

Uh oh, looks like we’re trapped in the realm of adventure games this week. Still, there are worse places to be, places like Purgatory. On a trip through the Swiss Alps with her friends, a sudden car accident sees mascara-laden student Alex wake up alone in the wreckage, her friends nowhere to be found. Exploring the woodlands to discover an abandoned mansion, it isn’t long before she realizes something is gravely amiss. Rendered in classic pixel art style, Purgatory is a horror adventure game that’ll see you desperately solving puzzles to save yourself and your friends from the horrors of the night. With a tightly limited inventory space you’ll need to think carefully about which items you take to defend yourself or help progress through the world.

Joel Mayer Productions says the art intends to combine the classic look of the GameBoy color with the aesthetics of ‘70s Italian horror movies. We couldn’t find a release date as of yet, but you can keep up to date with development on Facebook, Twitter and the game’s official website.