No single player? New Zombies mode? Battle Royale? Get all the info here... 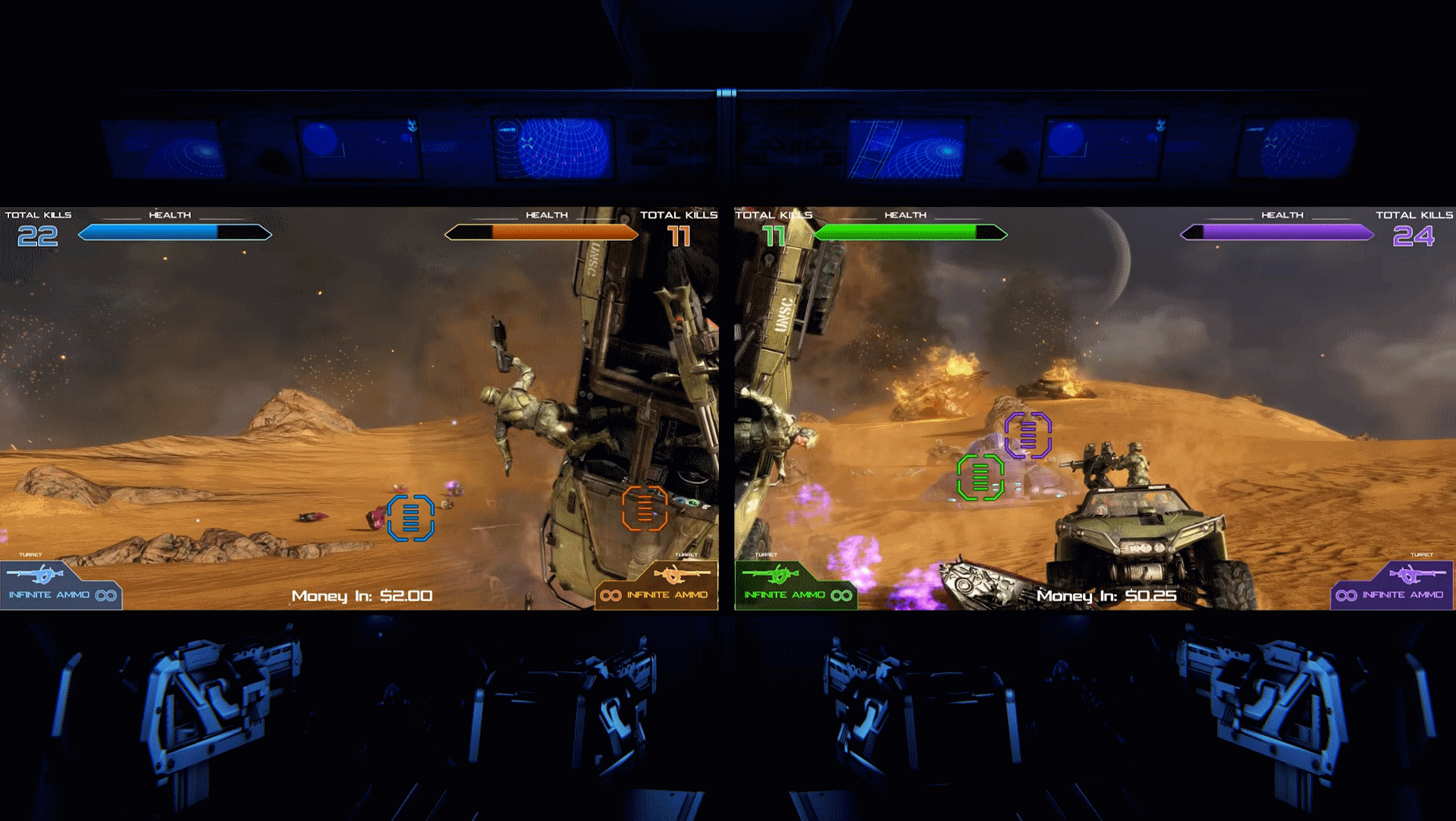 Sea of Thieves: The Hungering Deep trailer looks to the depths

Is that a Megalodon?

A new Halo arcade game titled Halo: Fireteam Raven will be hitting the US this year and boy does it look impressive.

Made in parternship with 343 Industries, the game is displayed on a gigantic 130-inch 4K screen, with up to four players taking part at once using mounted turrets. It looks like you'll largely be taking on the Covenant, with the game set during humanity's discovery of the Halo.

The game is playable in co-operative or competitive scoring modes with each player having their own health.

So far the fancy set-up has only been confirmed for US arcades but we're hopeful it's reach other shores if popular there.