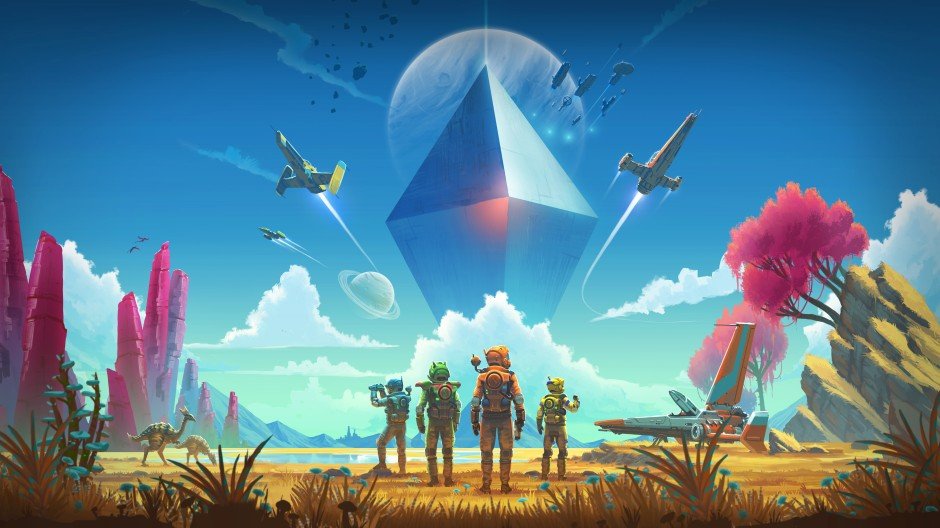 No Man's Sky comes another step closer to its promise of a populated infinite universe in July, when a new update will add the game's first true multiplayer functionality. The announcement came from lead developer Sean Murray while chatting about the game's imminent debut on Xbox One during an Inside Xbox interview.

No Man's Sky attracted huge dollops of hype when it was first announced for PS4 and PC, with its procedurally generated universe in which players were told they could - eventually - bump into one another. That wasn't quite the case when the game launched in August 2016, and the ensuing social media storm sent the tiny British developer scrambling to upgrade, enhance and otherwise build on the foundation game.

Over the last 18 months they've done a pretty amazing job of doing that, layering on a more structured story, the option to commandeer vast space cruisers, craft bases on planets and build land vehicles for crossing those vast terrains. Last August, one year after the game first released, the Atlas Rises update laid even more foundations - including the chance to see floating orbs representing other players who were nearby, and engage in voice chat with with them.

Nice, but not really "multiplayer" as most people understand it. That will apparently change on July 24, when the next update (conveniently called NEXT) will add the chance to actually group up with friends in the game and...well, do whatever you want. Explore, build, go dogfighting against pirates, or simply document the wildlife as you venture closer to the galactic core.

According to Murray, this is the "potential that everyone’s always seen in No Man’s Sky" and "the kind of game that myself and a lot of other people have always wanted to play in a multiplayer world.”

The Xbox One version, also launching on July 24, will have all the previous updates - including NEXT - already loaded.