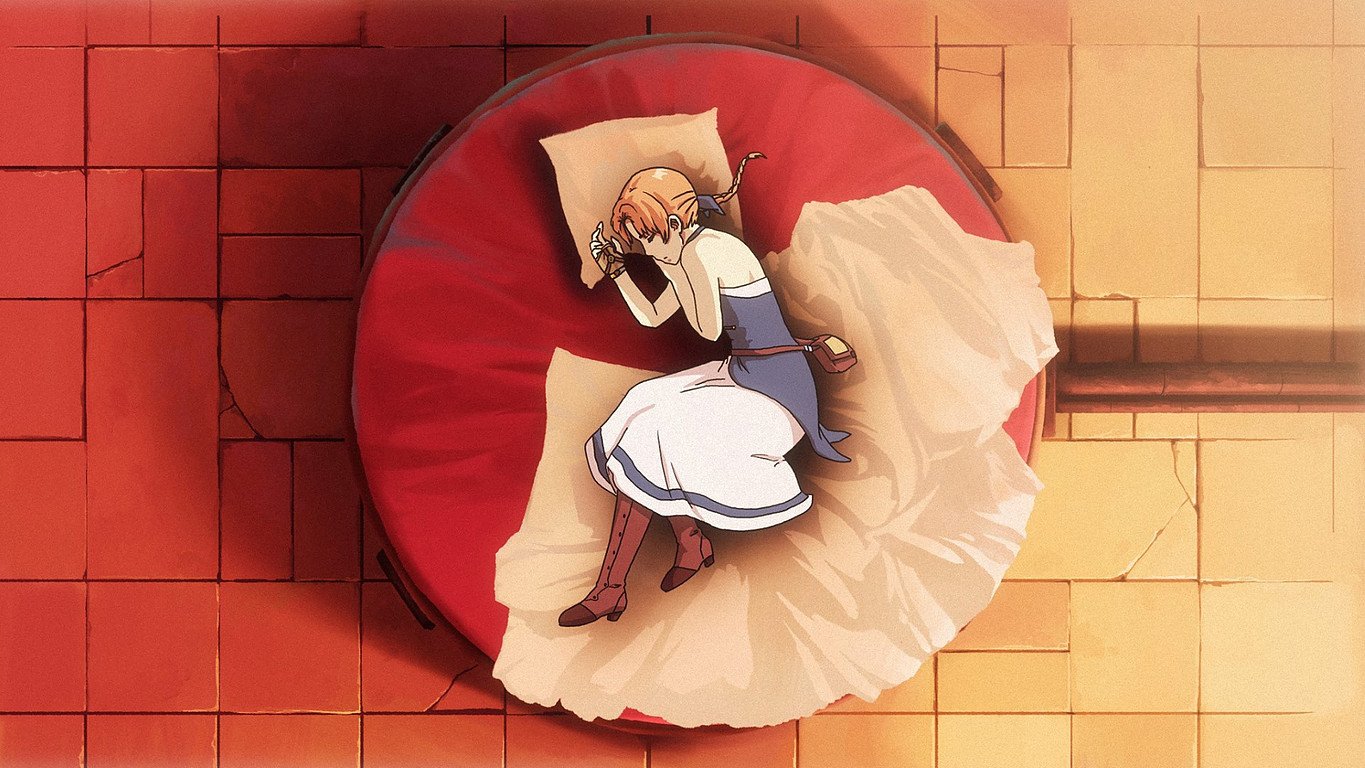 Once upon a time, in the distant era we now call "the 1990s", to say a game was "like playing a cartoon" was the height of praise. It meant that the likes of Crash Bandicoot were bursting with life and color, their worlds fizzing with animated energy that extended beyond mere gameplay. Fast forward to 2018, and Square Enix published indie adventure Forgotton Anne (no, that's not a typo) actually is like playing a cartoon. It captures the soft focus whimsy of prime Studio Ghibli so perfectly that you could screen large chunks of it to an audience and they probably wouldn't be aware they were watching a video game.

The game takes place in a mysterious alternate world where all lost things end up. The Anne of the title is one of only two humans in this world, the other being her mentor and adopted father figure, Master Bonku. Everything else is a sentient object, a "forgotling", blessed with life in this realm thanks to a peculiar energy known as anima. Lamps, chairs, mannequins, shoes, radios - they all come to life when they find their way here, and it's up to Anne, as the world's "Enforcer", to help keep the peace while Bonku works on the Ether Bridge, a portal which will allow everyone to return to the real world and be reunited with their owners.

Except some forgotlings don't want to return to being mindless things, owned and trapped in a world where form and function are indivisible. They like the freedom this second life brings, and so they rebel against Bonku's patronage through acts of terrorism. It's one such strike that opens the game, much as Cloud and pals started Final Fantasy VII with a guerilla attack of their own.

From there you're quickly introduced to Anne's abilities. She can run and climb fairly well, but gains extra agility once she retrieves a winged backpack from storage. The wings require anima to work, however, and this is stored as a single charge in the Arca, a wrist-mounted device that Anne can use to syphon anima from one object - including living forgotlings - and transfer it into something else. This is the basis for both many of the game's puzzles, and a lot of its moral quandaries. Especially in the early stages, you're presented with multiple scenarios in which Anne can either be an even-handed arbitrator or a rigid source of authority. If you guessed that these choices may impact later plot developments, give yourself a Telltale pat on the back.

So, yes, there are glimpses of the ethical decision making that defines Telltale's many adventure games, but Forgotton Anne's gameplay is closer to the likes of Limbo and Inside on a moment by moment basis. There are few sections where you're asked to navigate platforms and ladders just for the sake of keeping you busy, which is just as well since slightly gluey movement means that precision leaps are not the game's strongest feature.

Puzzles generally involve levers and dials, manipulated by shifting your limited supply of anima from one machine to another, and rotating things using the Arca. None are particularly hard, and mostly involve working out the correct sequence in which to pull, twist and push things in order to proceed. And, just to keep things varied, there are also lengthy conversations and dialog scenes. It's a testament to the game's dedication to its narrative that none of these can be skipped or hurried along. If you're playing this game, it assumes you're going to pay attention. That's good, because the story is genuinely great - if a touch predictable - and it builds in peaks and twists in a way that satisfies much as a movie would, not a game. This isn't an experience where the story stuff is filler in between the interaction. The things you say will matter, and seeking out odd corners of the world to chat to the bizarre and enjoyable supporting cast is a pleasure in its own right.

It is a linear game, though, and you will reach the end sooner rather than later. It's hardly an epic, but by changing from action platformer to investigative adventure game to light puzzles, it manages to feel substantial with no moments wasted. It also has a welcome fondness for changing up familiar mechanics as you go along, taking away some powers, altering the way others work, then reverting back to normal before the change becomes repetitive as well. It's an extremely well paced game, and a breath of fresh air at a time when so many titles base their appeal on how many hours of pointless side-questing they can throw at you.

The tale is much darker than you might think, given the whimsical nature of the world, and serious points are being made throughout - whether commenting on the sheer weight of discarded trash that the human world generates, or forcing you to contemplate the cruelties we inflict on others just because we've been culturally conditioned to do so. Forgotton Anne (still not a typo) arguably gets a little tangled up in its various themes and subtexts as it gallops to a rousing finale, but that just makes it feel even more authentic as a work of interactive anime, a genre that has never been afraid to throw gallons of pop philosophy at the wall and see what sticks.

Bursting with charm and, a few frustrating platform navigation sections and obtuse puzzle solutions aside, almost always a delight to play, Forgotton Anne is well worth experiencing if you have any interest in the ways games can not only tell stories, but make them more interesting than any other media. Despite the name, you will remember this one.