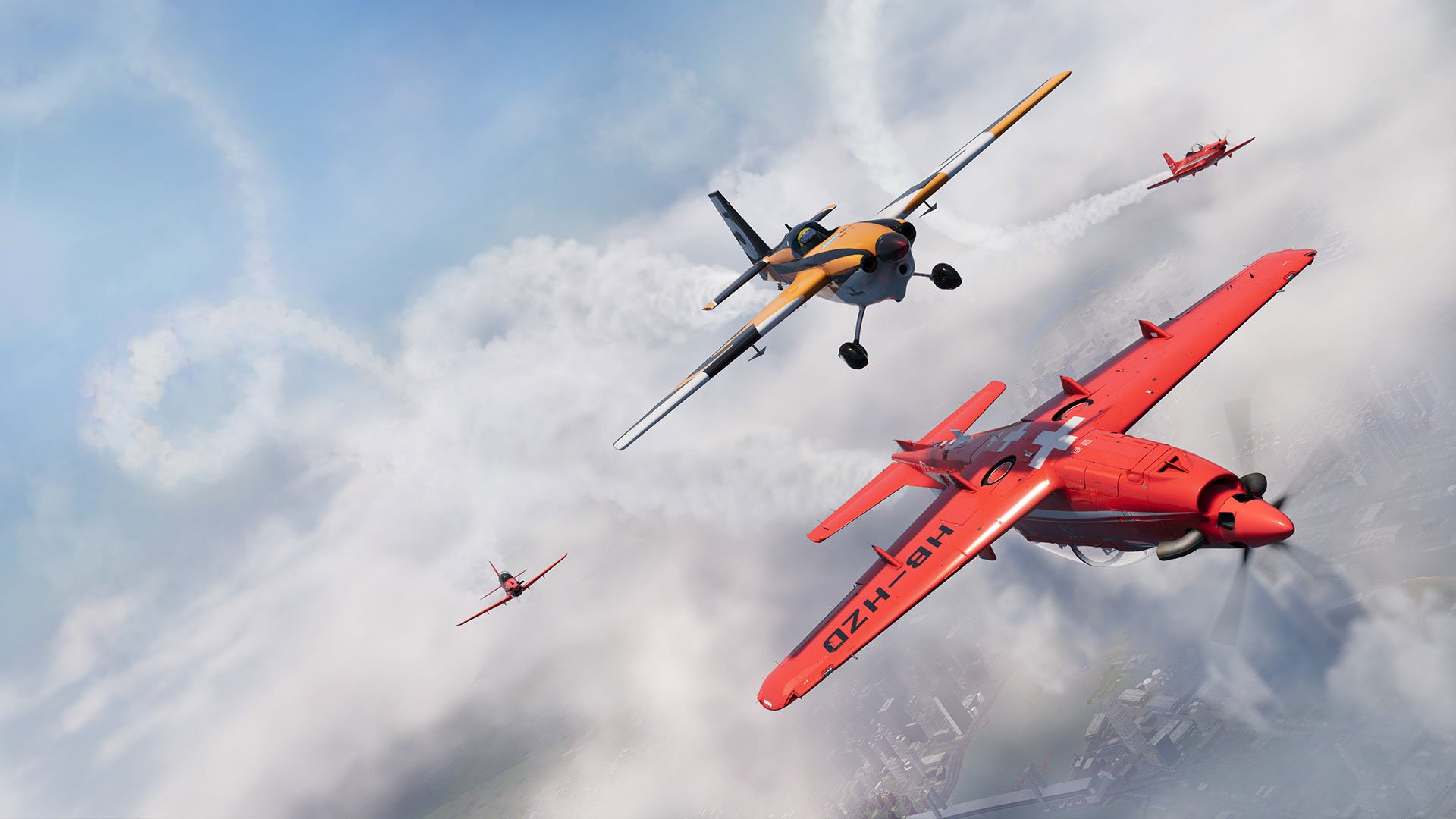 Ever since Ridge Racer yelled “Wow! What a start! This is just what I wanted to see!” we’ve always been grateful for the fanatical observer in racing games. Playing The Crew 2 for a few hours recently, we understood at least a small part of what Ubisoft is shooting for with its sequel to the 2014 ‘action-driving’ game; in The Crew 2, success is judged almost purely by the number of virtual followers during a media-fueled Trans-Am competition.

Buddy commentary is prevalent out there too (Madden, Amped, Tony Hawk… you name it), but The Crew 2 introduces several teams to impress, each with its own opinionated coach, and ‘families’ that see you as their future champion. The original game’s protagonist, Alex Taylor, is out of the frame. The Crew 2 is all about you, and ideally some real-world pals.

The new title’s biggest gamble is undoubtedly adding aerobatics and powerboat racing, with off-road events bringing the total number of disciplines to four. Each has its crew – keeping things relevant to the franchise – but going equally against the grain is an updated premise shifting from underground activity on the edge of the law to something more aspirational.

Ubisoft development studio, Ivory Tower, has stressed that ground research prompted this cleaner direction, having discussed hopes and dreams with crew leaders across the USA. The dialogue that your rookie pursues with these men and women riffs on those conversations.

Similarly, the game’s structure has loosened up considerably, since it is no longer locked to the edgy FBI missions of Alex Taylor. There are still big events as a primary focus, drawing the attention of the media, serving the purpose of your avatar’s socially-oriented climb. Between times, however, the open-world setting allows for ad-hoc credibility-building adventures; activating speed and distance challenges, or various location based stunts.

The Crew franchise has never made any pretense toward simulation, with pick-up-and-play ideology removing the main barrier for entry. Likewise, boats and aircraft in The Crew 2 are very simple to steer and fly. Our aerobatic tutorial was kind of wobbly at first, but within minutes we had cleared the basic objectives required to obtain a pilot’s license.

So, what we start out with is a combination of Need for Speed, Wave Race and Pilot Wings, with a miniaturized though faithful representation of the USA as our playground. The more capable you become at each discipline, the better your chances of out-drifting Ubisoft’s AI competition, or scoring more points than the next logged-in guy while performing barrel rolls and holding your nerve perpendicular to rocky terrain.

Inside of our thrifty four-hour demo slot, we had unlocked countless tournaments and encountered numerous player-established challenges littering the map of North America. Closest thing we can compare this too is perhaps other Ubisoft franchises such as Far Cry and Assassin’s Creed where, suddenly, you realize that you’ve been task-loaded to hell.

Though we didn’t quite get the MMO aspect of the first game in this series, the presence of other players in The Crew 2 is much more apparent. This now feels very much like an MMO quest system, from which you pick and choose based on levelling-up needs, or sometimes simply based on mood. Players have the opportunity to push reputation to the max, be the new kid on the block, or reigning champion of something as menial as longest drift around one bend of some obscure river. Equally, The Crew 2 could be the equivalent of Bungie’s ‘Blastin’ and Relaxin’ mentality – just a bunch of friends hanging out, chatting about vehicles they own or aspire to owning, events they’d like some help with, or bemoaning loot drops.

Our short experience with the game was not nearly enough to judge whether this free-form approach has potential to keep everyone keen. Ubisoft and Ivory Tower built the success of The Crew almost entirely upon community feedback, so if anything feels lacking we have no doubt that the publisher and developer will patch things up accordingly – this is how The Crew has always rolled. We would like to know a lot more about the End Game, however.

Loot, lore and other MMO lures

Since the launch of The Crew, there have been over 20 updates and two expansion packs, signifying the level of commitment to, and dependency on, the goodwill of the community. The question is how far will Ubisoft and Ivory Tower now go in embracing the full nature of activities that maintain the likes of World of Warcraft and Destiny across months and years.

One obvious component is the loot system carried over from The Crew, being tweaked with impromptu activities on a time-limit. We also suspect that there is something sinister about the so-called ‘LIVE’ media agency that is tracking our rookie’s rise to fame – possibly Ubisoft has plans to inject some interesting twists and turns to the narrative, leading to new types of events, permanent or temporary; seasonal and recurring.

The game is also known for introducing new vehicles with the updates, possibly mixing up the ways that these are acquired. Raising the level cap is the cheapest way to keep players hungry, but poses another question along the lines of what more there could be to gain.

The Crew 2 launches June 29 on PS4, Xbox One and PC in a solid starting position. It handles well, looks the business, and we especially appreciate the brighter tone. Apparently this is exactly the game that fans of the original, some 12-13 million of them, have been asking for. That’s a huge success in waiting right there. Could Ubisoft attract non motor-enthusiasts to its MMO playground? We think there’s potential for that too.