A Taiko Drum Muster Controller is heading to Switch

Can we have it? Please? Pretty please? 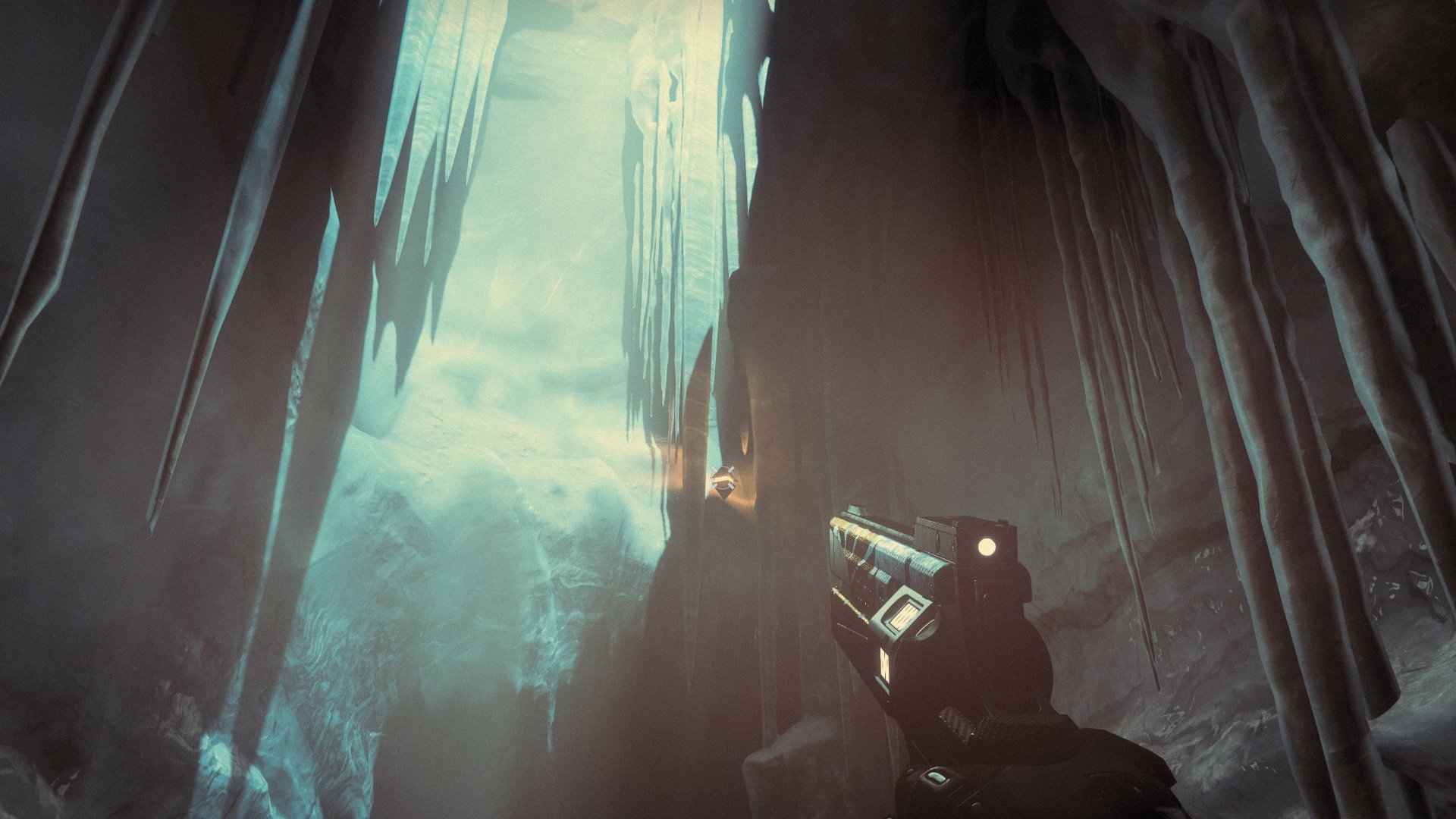 Mashups more powerful than all the Infinity Stones combined.

The Sleeper Simulant exotic rifle is back in Destiny 2’s Warmind expansion, but earning it is no easy feat. Along with several side missions, eager Guardians will need to obtain four Resonate Stems and hunt down Sleeper Nodes which are hidden across Mars.

Combining Resonate Stems will net you an Override Frequency, each of which gives a clue to the location of one of 40 Sleeper Nodes hidden around the world. As an example, Drift.Gatehouse.Catwalk is a clue that you need to head to the Glacial Drift and hunt around the catwalk near the gatehouse. The nodes themself aren’t too hard to find if you’re in the right location; when there’s a node nearby a music alert will play and the lightning will change to let you know you’re close. To save you time deciphering each and every clue, we’ve catalogued all the Destiny 2 Warmind Sleeper Node locations we’ve found so far. Unfortunately players have no choice over which nodes they receive, but we'll update with pictures of them all as and when we obtain them.

Where to find Sleeper Nodes

The Descent.Cavern.Warsat node is inside the large cave near to the Glacial Drift. You’ll find it hidden in a small alcove.

The Descent.Caves.Runes node demands you head further west than the last.  You’ll find it on a ledge above an archway close to the Penumbral Depths entrance.

The Descent.Chasm.Ledge node is a short trip northeast of the previous node. You’ll find it just past a ledge.

The Drift.Subterrane.Cliffside node is just to the left of the Ma'adim Subterrane Lost Sector entrance. It’s tucked away in a nook near a pair of trees.

The Drift.Transit.Freight node is on top of the area's main bridge. It’s in a shipping container you’ll find in the smaller group of trains.

The Drift.Gatehouse.Catwalk node isn’t far from the bridge for the previous note. Look for a box that leads up to a catwalk, you can follow this to the end and find the node.

The Drift.Transit.Foundation node is under the northwest end of the bridge. It’s right underneath the bridge supports.

The Drift.Service.BackEnd node is on the path to Braytech, hidden in a small building along the way. You’ll find it on a ledge just past a ladder.

The Drift.Checkpoint.Elevator node needs you to head southwest of the bridge. Find the building marked C-67 and you’ll find the nodes inside and to the left.

The Drift.Flammable.Storage node is in another building in the same, southwest region. It’s inside a building just off from the path.

The Drift.Subterrane.Chasm node is in the Ma'adim Subterrane Lost Sector again, wedged between the rock walls by the main passage. It’s not too far from the bridge.

The last unnamed Lost Sector node is found not far from the bridge when heading towards the Cabal.

The Dynamo.Approach.Tree node is close to the tree near to the stone archway.

The Dynamo.Approach.Arch node is next to the same stone archway. It’s sitting in the snow behind the arch base.

The Dynamo.Approach.Cavern node can is found over the door to the cave. Climb the rocks to the left of the entrance.

The Dynamo.Deck.Dampener node is found just inside Alton. The first room past the staircase has the node in the corner.

The Dynamo.Control.Door node is inside the room in the frozen Hive. Head up the stairs and take a left, continuing upwards into another room where you’ll find the node.

The Dynamo.Observation.Door node is located in the Cabal room with the Rasputin vent. It’s just past the enemy up on a ledge hidden by a metal wall.

The Dynamo.Observation.Valkyrie node is just past a staircase. It’s in the corner at the top of the stairway.

The Dynamo.Observation.Core node is just before you face the wizard in battle. It’s up on a shelf near the spinning fan in the ceiling.

The Dynamo.Core.Brace node can be opened in the room you fight the wizard. It’s right in the open next to a box.

The Dynamo.Core.Catwalk node is also in the room you tackle the wizard. It’s under a small bridge.

This unnamed Alton Dynamo sleeper node is in the hallway with pillars either side. It should be pretty obvious as it’s out in the open.

The Dynamo.Server.Stairwell node is tucked in a corner just beyond staircase here.

The Dynamo.Server.Heatshield node is close to the unnamed node above. It’s past a maze-like area close to a massive cog.

The Dynamo.Coolant.Ventilation node can be secured in the ventilation shaft of the frozen Hive room. Shoot the vents open and follow the route inside and you’ll find it.

The Futurescape.Transit.Service node is along the route away from Glacial. It’s between the buildings on the left side of the ramp.

The Futurescape.Dock.Outpost node is stuck between storage containers up on a building close to the ramp into the area.

The Futurescape.Dock.Garage node is between two buildings again, this time in the area you’ll find the Injection Rig.

The Futurescape.Dock.Silo node is positioned inside the Bray building. Head up the stairs on right to find it behind the tanks.

The Futurescape.Reception.Overlook node is also in the Bray building. It’s out in the open, opposite Ana and near the top of the stairs.

The Futurescape.Plaza.Console node is in the area around the Bray building. You’ll find it in the room filled with Hive baddies to slay. Look for a series of machines in room past the staircase. The node is just behind them.

The Futurescape.Plaza.Infestation node is situated in the Hive-infested room, close to the back wall on the left.

The Futurescape.Terminus.Console node is next to the terminal in the Core Terminus Lost Sector. It’s located just beyond the stairway in the left-hand room.

The Futurescape.Ridgeline.Waterfall node can be found beyond the waterfall you’ll spot as you head towards Dynamo. Ahh the classic secret behind the waterfall trick. Games never change!

The Aurora.Mindlab.Observation node can be found close to the Warmind diamond. Head up the stairs and take a left into the small room. There’s a tile on the floor near the grate. You’ll need to shoot this to open a secret passage. Drop down into here to find the node.

The Aurora.Mindlab.Supplies node isn’t far at all from the Observation node. Take the door to the outside and turn right. Head up the staircase and you’ll find the node behind some crates.

The Mindlab.Conveyor.Junction node can be found just beyond the entrance to the Mindlab. Drop down the left side of the path and you’ll land next to a massive display. The node should be nearby.

The Mindlab.Conveyor.Bridge node is found under the bridge in the Mindlab within the room with the first Hive battle.

The Mindlab.Elevator.Right node is in the same area. You’ll find this one up on a platform you can reach from the lower level.

The Mindlab.Elevator.Service node is also pretty close to the Elevator Right node. Head down the path through the bridge to the next area then take a right at the forked path before turning left into the open environment. Keep to the wall on your left and follow the catwalk to find the node at the end.

The Mindlab.Overhang.Node node is also along the same path as the Elevator Service node. Instead of turning left to enter the open environment, go right and up the ventilation shaft. Jump to the platform you reach at the end of the passage and keep heading forward to find the node.

This unnamed Mindlab sleeper node is directly outside the Mindlab. It’s just to the right of the building.

Phew! Don’t forget, once you’ve accessed enough Sleeper Nodes you’ll be able to unlock the Sleeper Simulant exotic rifle, just follow our guide on how to obtain it. Once you’ve got that, it’s time to knock out some Escalation Protocols. Here’s our guide on how to team with up to 9 friends for them — that should make things a little easier!