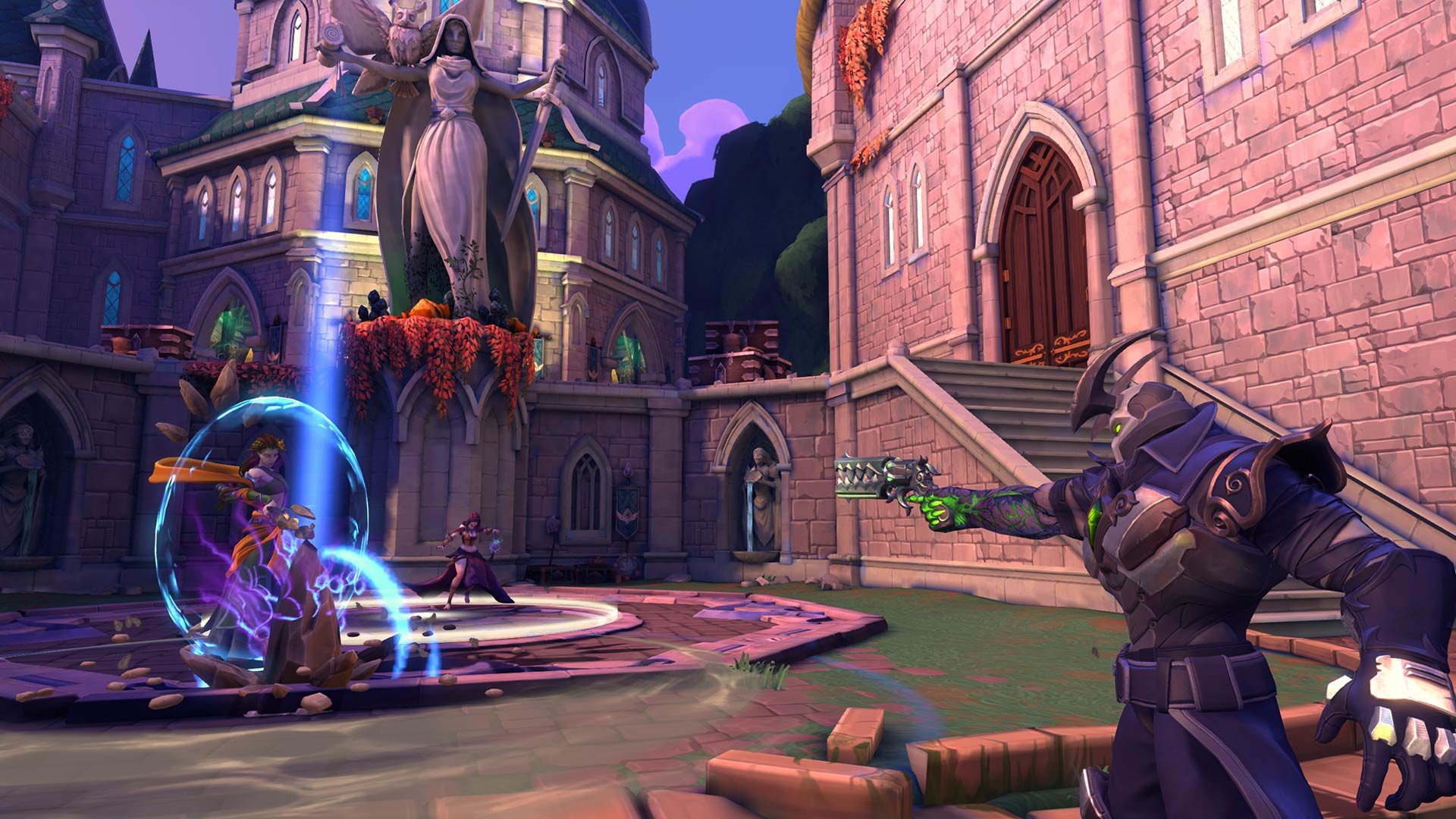 Hi-Rez Studio’s Team Fortress 2 meets Overwatch is ready to emerge from its long-term beta as a force to be reckoned with. The game leaves open beta on May 8, extraordinarily timed to attract lapsed Overwatch players, including high profile YouTubers and streamers. Since Hi-Rez has enjoyed deserved success with its MOBA SMITE, here’s our breakdown of why Paladins has garnered increasing global respect since it first appeared on our radar.

Is Paladins an Overwatch clone? Or a PUBG one?

The first many of us knew about Paladins: Champions of the Realm was the open beta that launched in September 2016, months after its closest rival Overwatch had been released. We are not here to excuse the obvious similarities between the two games, however it is worth knowing that Paladins entered closed beta in November 2015, only one month after Overwatch. In terms of a starting position, both games cited Team Fortress 2 as a source of inspiration. From there, they have evolved differently enough to make both games viable.

We’ll look at how the two games handle Champions and their abilities/skills further down, but first let’s consider what they have most in common by checking out their game modes.

Starting with Siege, which closely resembles Hybrid (Assault + Escort) in Overwatch, which borrows from Payload in Team Fortress 2. Siege begins with a capture phase, moving onto an escort phase through four checkpoints toward the enemy base if capturing is successful.

Onslaught in Paladins is basically Overwatch Control, in which two teams contest a central area, only in Paladins the kills contribute more directly to the balance of the score since the result is based on a total number of tickets (five per kill, one for every second in control). In this respect it has closer DNA with the Battlefield series' conquest modes.

Finally, and tellingly, Paladins introduced a Royale mode in February, with a MOBA-light twist. As with PUBG and Fortnite Battle Royale, there are 100 players competing in a huge, though rapidly shrinking map. The main difference is that Paladins Royale features teams of four Champions, from a selection of eight, who must work strategically as a team. Though it is possible for everyone to select the same Champion, balance is preferred. There are loot boxes and supply drops, but no construction. The jury is still out, but Royale mode is in.

Clearly, Hi-Rez is going for the Everything Under One Roof approach with Paladins, but who can blame them? Also, nothing is throw-away in this game. Hi-Rez is serious about winning.

In 2014, Hi-Rez introduced a new perspective to the MOBA genre, livening up a very specific formula established by DOTA and later League of Legends. A third-person viewpoint to the action was only the surface of what SMITE had to offer, with its charismatic mythical gods depicted in a refreshing art style. To its great credit, SMITE has outlasted challengers such as Paragon and Strife, and has a growing esports scene. Four years after launch, SMITE is still supported by Hi-Rez, which not only speaks to staying power but a true sense of belief.

The same Free-to-Play model that has supported SMITE has been adapted for Paladins, meaning that the latter is an open door for anyone willing to give Paladins a test drive. The downside is that the monetizing strategy is very aggressive, meaning that there are many timed events offering limited period access to cosmetics such as skins, and the specter of loot boxes – Radiant Chests and Champion Chests – that introduce RNG to the likelihood of owning the vast majority of most desirable content.

There’s no point denying that Fernando resembles Reinhardt, Viktor is pretty much Soldier 76, Maeve is a female Genji, and Lex is so much like Reaper they probably listen to the same edgy deathcore bands. We even have the exact same color scheme for Skye, who plays remarkably similar to Sombra. Of the 36 Champions in Paladins, versus 27 Heroes in Overwatch, the class breakdown is familiar too, spread across Damage, Flank, Frontline and Support; pretty much Offense, Defense, Tank and Support.

Initially you could also argue that the visual style is very close, but – and this has also been the case with SMITE – Hi-Rez has taken a more irreverent approach to optional skins and other cosmetics, resulting in slightly more risqué variations such as the Jade Priestess for Seris, or ridiculous outfits such as Code Green Viktor resembling a toy soldier. There’s a much more MOBA-like attitude across Paladins, appealing to the same personalization strategy. It’s a rabbit hole we recommend being very cautious about, cash-wise, but while Hi-Rez is ruthlessly chasing money, it is also pursuing gameplay evolution equally as hard.

Deal or no deal?

There are two fundamental differences in how gameplay pans out in Paladins versus Overwatch. First, similar to classic MOBA, the Champions chosen in the draft phase are locked in for the entirety of the game – there are no switching of characters, which has become the bedrock of Overwatch strategy, very much defining the gameplay experience.

Second, also related to the locked-in Champions, is that Paladins uses a card system to significantly augment or direct each Champion’s talents and skills. Loadouts comprising five cards are chosen before each game, with builds tailored for numerous play styles accessed from convenient save slots on each Champion. To deepen the intrigue and further reward investment of time, it is possible to rank up the level of these cards, boosting performance.

The system is presented as being fair, owing to the card levels being capped for Classic and Ranked matches. There is a fixed total card rank across the set, requiring some adjustment between Common, Uncommon, Rare, Epic and Legendary status, so that no players are OP.

For players, this is a level of depth that could become obsessive, with countless guides to watch online. For an audience, the excitement surrounding the elite players is heightened owing to their being able to define a signature playstyle. To get a better grip of all this, Hi-Rez has created a series of official video tutorials, explaining how e.g. Viktor can favor ranged gameplay, rely on explosives or spectacular run and gun to complement his team.

One bite of the apple…

Hi-Rez Studios is being upfront about the future of Paladins, going so far as to sum up the winning formula as “free cards and sweet cosmetics”, which means we know to expect so much more of the same in the months and years to come. System basics, Hi-Rez claims, are now set in stone, which is why the game is finally leaving beta and being released on May 8. As with all the MOBAs, MMOs and – of course – Overwatch, there are untold Champions planned and in-game events that will deliver yet more skins and other cosmetics to collect.

If only for the Fear of Missing Out, you kind of owe it to yourself as a game to look into this. The Free-to-Play model has served Hi-Rez so well until now. You really have nothing to lose, since it shouldn’t cost you a bean, except hours of that precious commodity we call time.