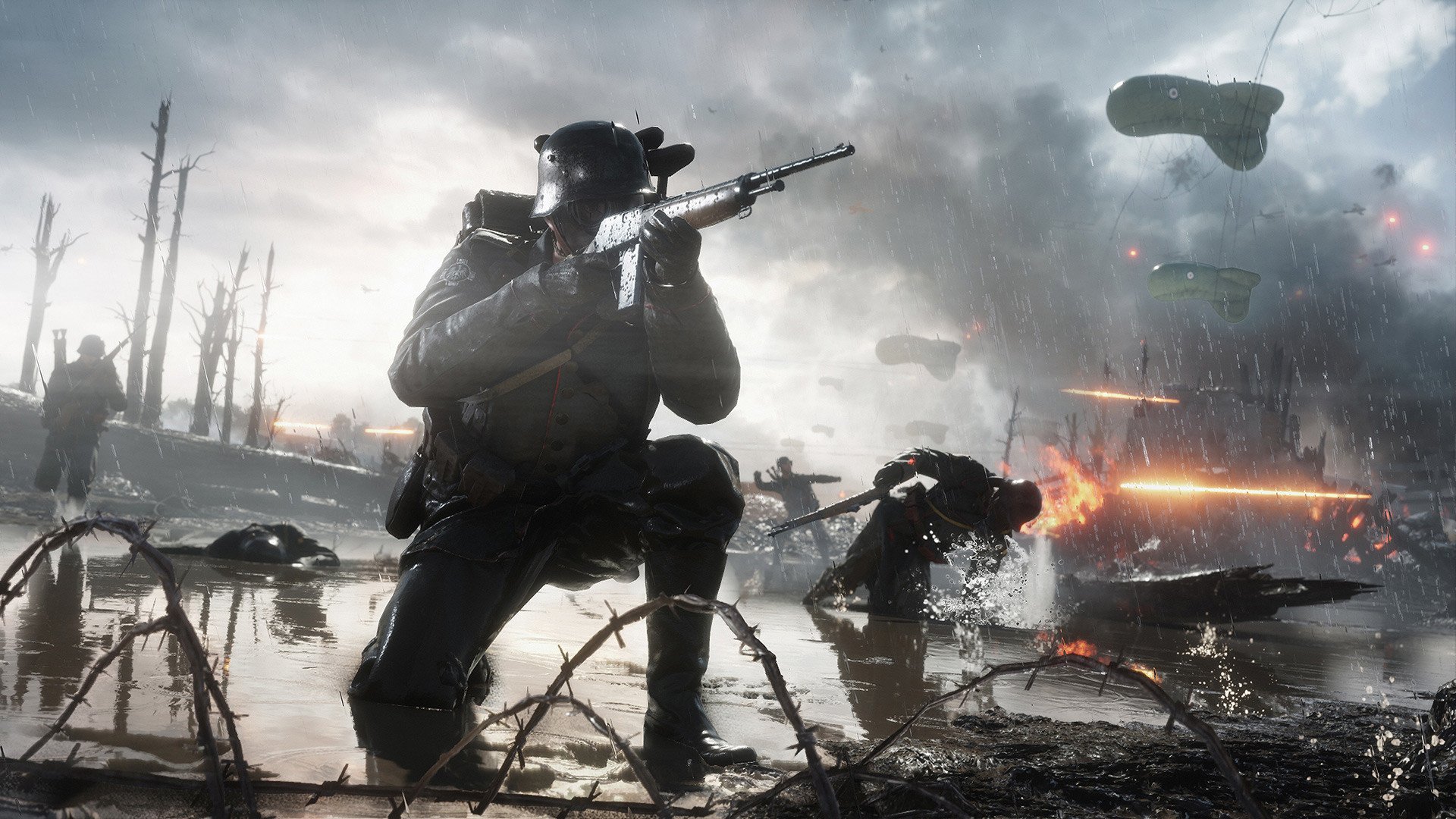 The yearly Battlefield leaks are upon us and fans all over the world are busy speculating where the series will take us next. Currently the rumors for Battlefield V range from a Vietnam War-era game, a return to World War II or a Bad Company sequel. However, it seems players won’t have to wait long before EA finally make an official announcement, as Battlefield 1 fans have finally cracked Fort de Vaux’s infamous room puzzle Easter egg. After pressing a variety of buttons and deciphering some morse code, players have revealed the following message: ea.com/neverbethesame. This website features a date of May 23rd 2018 and many believe this is when EA will announce their latest Battlefield title. The recent news certainly has us giddy with excitement and we can’t wait to see what’s in store, but here are a few things we’d love to to see present in the upcoming game.

If the leaks of Battlefield going back to its WW2 roots are true, then we want maps to encompass a wide variety of theaters. Battlefield 1 wowed us with a plethora of unique environments which ranged from the wide open spaces of the Sinai Desert, mountainous landscapes of Monte Grappa, the urban conflicts of Amiens, and the brutal, claustrophobic nature of trench warfare in Nivelle. The last WW2 Battlefield game saw players unleash death and destruction across four Pacific theatre maps, but we’d love to see historically important battles such as Stalingrad, Dunkirk, Iwo Jima and Normandy featured. These battles would certainly look frighteningly realistic and could give Battlefield fans the chance to revisit the era that made the series so popular.

DICE did extremely well considering the technological limitations of the WWI era and rumbling along in ancient death machines certainly proved interesting. However, the limitations were definitely felt in the gameplay and we quickly found ourselves missing the intense dogfights and explosive tank battles from previous titles. As a result, the vehicular aspect of BF1’s warfare felt tact on and didn’t blend as seamlessly as we’ve come to expect from the series. It would be unfair to call this a flaw and we feel DICE did a fantastic job of capturing the horror of these historic battlefields, but we miss streaking through the skies in both Spitfire and Messerschmitt. Having access to a variety of armored, light and naval vehicles would certainly bring back much smoother interplay between both infantry and vehicular warfare.

Battlefield’s levelling system has always felt devoid of any real progression. In Battlefield 1 the player earned Warbonds which were used to purchase and unlock new weapons and gadgets for each class. This isn’t a bad feature as most weapons can be unlocked as you level up your classes, but many players have criticized the lack of late-game progression, especially since players stop earning Warbonds past level 70. Many FPS games these days offer players rewards for reaching a certain goal and while they don’t impact our overall enjoyment, they certainly give use something to work towards. We’d be lying if we said we didn’t feel good when beating a particularly tough challenge that is recognized by the game. For example, it would be great to have weapon challenges that reward players with XP and skins, especially when you can show these variants off in-game. Of course, we play Battlefield for the intense action and great gunplay, but there’s no harm in rewarding your player base every now and then.

Part of what makes the Battlefield series feel so visceral is that the maps continually evolve as the battle intensifies. While the introduction of dynamic weather has given us even more tactical depth and variety, it’s the destructible environments that deliver the biggest impact. Levelling buildings isn’t just a fun way of clearing out pesky sniper encampments, it also completely changes how the game feels and plays. The destructibility system gives every player the chance to edit the map and tailor it towards certain playstyles and tactics. Battlefield 1 offered some great environmental destruction thanks to the game’s artillery barrages and rickety siege engines that often levelled whole sections of the map, but many buildings and bunkers were seemingly indestructible and could never truly be removed. Obviously, having no cover at all would prove detrimental to overall gameplay, but we want to know which surfaces aren’t destructible in the future. Flagging these areas would certainly remove a lot of past frustrations.

One of the biggest gripes with Battlefield 1 was the lack of character customization. In fact, the only thing you could change was the camo on your gun. We want faction-based customization that helps distinguish our battle-hardened soldier on the battlefield, while also remaining loyal to what particular units would have worn on the frontlines. It would also be a great way to show off the challenges and acts of valor you have achieved with that particular class. For example, pulling off particularly difficult tasks could eventually unlock a shiny new helmet, uniform or rare weapon camo. Not only would this help with Battlefield’s rather dull in-game challenges, it would also help create a greater sense of player customization. Obviously, we don’t want to see soldiers running around with golden guns and weed leaves emblazoned upon their uniforms, but a greater level of customization would certainly be a welcome feature in Battlefield V.