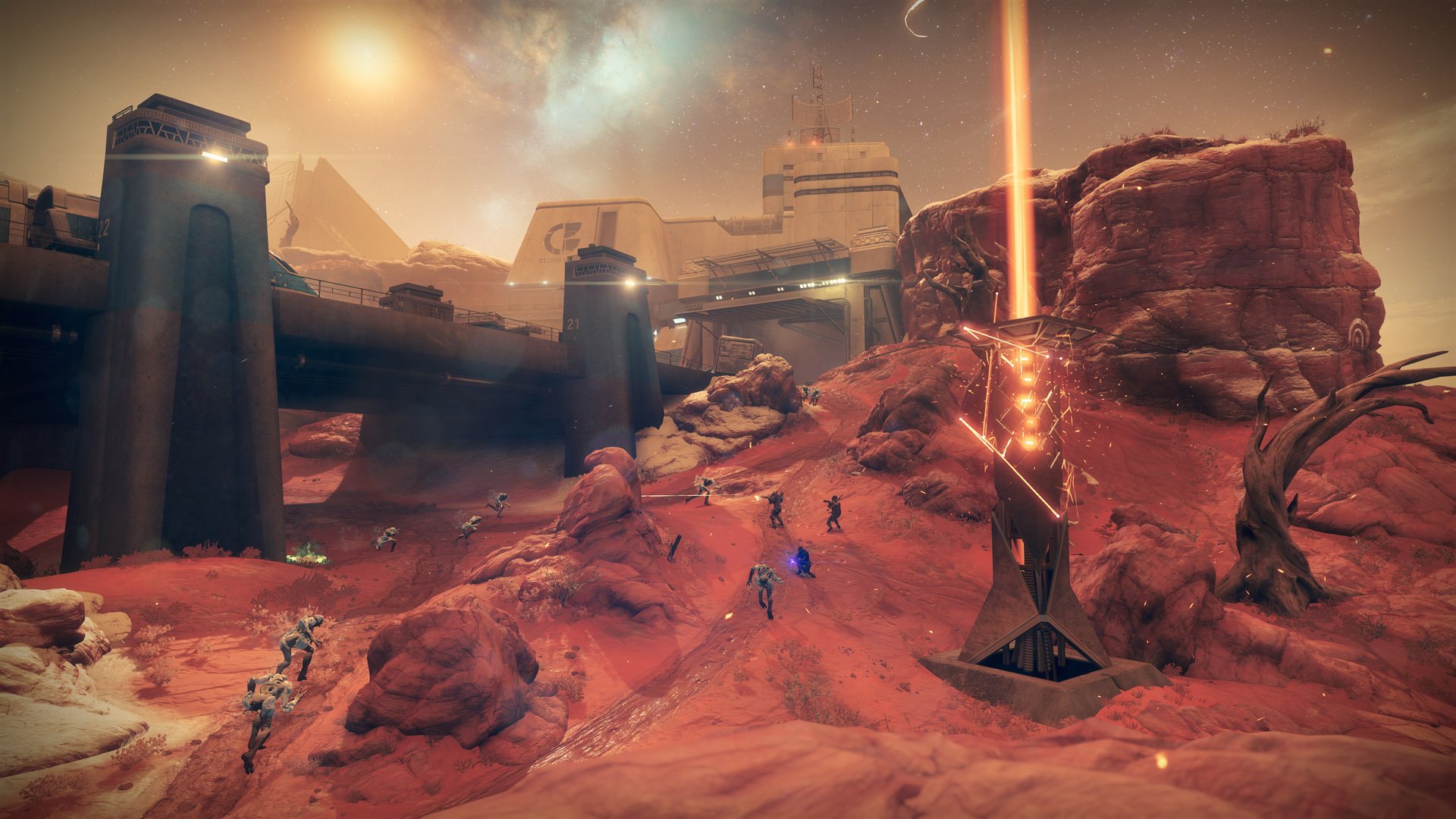 A leaked image shows what appears to be a controller designed for users with physical limitations.

Warmind’s new endgame activity is Escalation Protocol, and it’s one of the most challenging public activities in the game so far. To beat it you’ll need stellar teamwork, high-level gear and more than a bit of trickery. If you want to beat Level 7 of Escalation Protocol you’ll need to start by forming a 9-man team, but unfortunately it’s not quite as simple as you’d hope.

Working together with your pals is part of Destiny 2’s real appeal, and though you can’t launch directly into a Patrol together with nine players, there’s a handy trick you can use to make it happen. Make use of this and you’ll find Escalation Protocols much more feasible.

How to play Escalation Protocol with 9 people

Escalation Protocols are Patrol-specific public events that take place in two spots on Mars. You can take part in the Braytech Futurescape or in the Glacial Drift. Because these are public events, the maximum player limit is far above raids or the crucible. Here you’ll be able to have nine players in the area at the same time. With a little bit of luck, this means you’ll be able to get eight of your friends to join you for a single Patrol instance.

To get nine players into the same area, follow these steps:

The way this trick works is that fast travelling between locations forces Destiny 2’s matchmaking into pairing new players together. Keep doing this enough with your full team and you’ll inevitably get three players in the same zone. Once you have at least three, the remaining players can join on them as part of a Fireteam (max three players). Et voila, you should have nine players in one instance ready to take on the Escalation Protocol.

From here on in you simply need to group together on the Escalation Protocol before you activate it. By no means will this make the task a walk in the park, but being able to communicate with your pals should improve the situation significantly. It’s also a good idea to ensure all players involved are level 350 or higher.

While you’re here, check out other other Destiny 2 guides to boost your progress. Here’s how to earn the Sleeper Simulant exotic rifle. Or perhaps the Worldline Zero exotic sword is more your style.