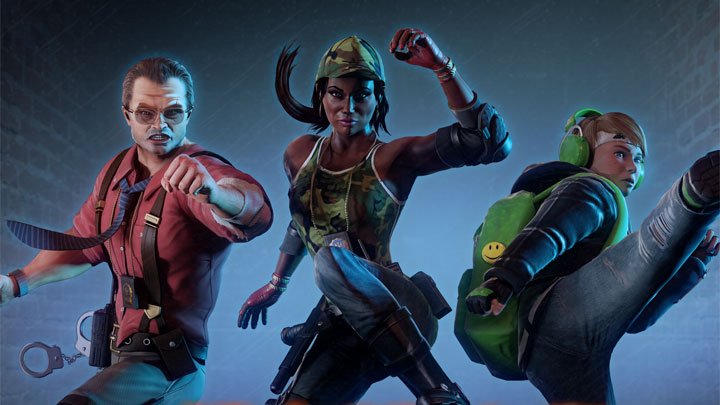 Ironic retro games are all the rage right now, with the emphasis on rage. Streets of Rage, that is, the side-scrolling Sega classic from the 1990s which seems to have become the default template for a slew of modern day imitators.

You know the drill: squalid backstreet settings, ultra-cheesy hero types who roundhouse and suplex their way through armies of punks, goons, freaks and weirdos in order to rescue a kidnapped girlfriend and/or politician. In Raging Justice, it’s the mayor who needs to be rescued and the heroes tasked with the job are Rick Justice and Nikki Rage, with plucky kid character Ashley King also available.

Visually, the game takes a sort of “what if?” approach to the genre, dodging the over-used retro pixel art look and instead going for a slicker 3D rendered style. Animation is still charmingly old fashioned, however, with background characters looping through the same few frames in true arcade style. More than Streets of Rage, and even Final Fight and other scrolling beat-em-up touchstones, Raging Justice is closest to relatively obscure digitized photo brawler Pit Fighter.

Gameplay is almost exactly as you’d expect. Head from left to right, battering waves of enemies senseless with punches, kicks and whatever objects you can grab. Items can be both swung as melee weapons, and thrown across the screen, while a special attack will clear some space around you at the cost of some of your health.

You can top up that health in an equally traditional way, by eating roast chickens and burgers that you find on the ground. These appear only occasionally, however, and to guarantee a health boost you need to master one of the game’s few innovations.

As you’re playing as cops, you have a choice of how to play. Beat enemies to death and you’ll be a BAD COP and will earn more points. Stunned enemies can be arrested, however, and doing so grants you bonus health. Mastering the art of stunning and arresting foes is the only way to keep defeat at arm’s length for the full duration of the game. Each stage even has specific criminals who will grant bigger bonuses if you bring them in alive rather than kicking them into oblivion.

It’s a neat idea in theory, but it gets fudged in the execution. It’s hard to tell when an enemy will be stunned, with many simply falling to your combos without going into the swaying state that shows they’re ready for the cuffs to go on. Even worse, just taking one hit will take them out of their stunned state – either by killing or reviving them – and it’s all too easy to accidentally to do this mid-combo. Not a huge hurdle in the early stages, but once you get deeper into the game when your health really takes a beating, it can literally make the difference between life and death feel frustratingly out of your control.

The more manic the game gets, the harder it is to believe that you’re supposed to be playing with any kind of tactical thought as to which enemies get taken out and which just get locked up. The chance to roar around the screen on tractors and lawnmowers, running everyone in your path down, suggests that nuance is never going to last long in this cheesy bombastic stew.

Control isn’t always as precise as you’d like, which could be written off as a retro affectation if it wasn’t so annoying when fighting against later bosses who will stun you, and follow up with a wave of unblockable attacks you’re powerless to resist. Environmental hazards too, such as falling girders, have bewildering splash damage – often knocking you out even though the shadows suggested you’d be safe.

Basically, the longer you play the more chaotic and random the gameplay feels. This is true to the genre, but at least in the arcade you could funnel more quarters into the cabinet to keep going to the end. Here, you’ll likely run out of your finite lives long before you reach the final stages.

That’s if you play solo, of course. Having two players improves your chances considerably, and also makes the experience more fun in general. There’s also a “Brawl” mode in which you must survive waves of enemies; a nice touch but one that is hard to distinguish from normal gameplay.

Raging Justice certainly recalls the mid-90s arcade beat-em-up very well, and to its credit doesn’t lean too hard on winking post-modern gags. It plays its nostalgia straight and is all the more effective for its relative restraint. It’s just a shame that it remains so focused on the past, rather than evolving this rather shallow genre for the future. What features it does add, such as the option to arrest rather than pummel, it fumbles just enough to make them not worth the effort.

Raging Justice clearly has its heart in the right place, and if all you’re after is a relentless combo-kicking throwback to games from 25 years ago then it delivers exactly that, but not much more. Just don’t expect much finesse or innovation along with the phone booth roast chickens.