Rocket League to add cross-platform friends and party in summer 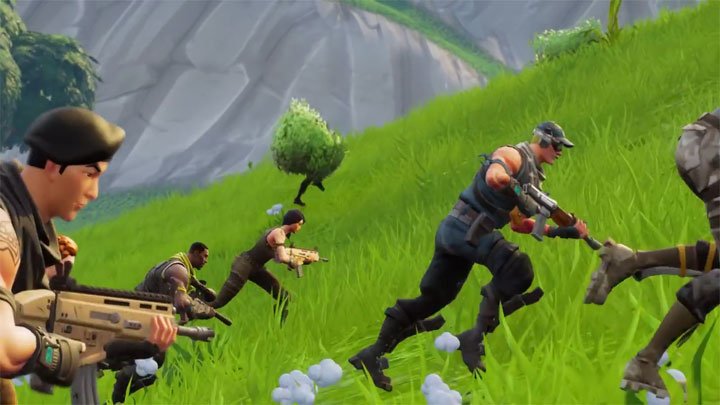 Fantastic beasts and where to murder them?

The updates in Fortnite keep on coming, with the latest addition to the Battle Royale game being a revival of the much-loved 50v50 mode. As with its previous incarnation, the mode will only be around for a limited amount of time so jump in quick if you want to make the most of it.

If you've not played this mode before, it's pretty simple - and rather more tactical than the usual Fortnite Battle Royale skirmish. With the 100 players evenly divided into two enormous opposing teams, and dropped on opposite sides of the map, you get ten minutes to scavenge and build a suitably imposing fortress before battle begins. After five minutes of combat, that storm circle starts to close in. Supply drops are also plentiful - between three and six crates will fall every few minutes within the storm circle.

It's a blast to play, and is now running concurrently with the Marvel-themed Infinity Gauntlet mode featuring cosmic villain Thanos. That hugely popular mode is also time limited, and after a week in the wild will no doubt be coming to an end sooner rather than later.

There's news for players of Fortnite's Save the World mode as well, with the new Perk Recombobulator item coming in the v4.2 update.

We're talking about the new Perk Recombobulator releasing in Patch 4.2 and increasing gold in SSD is all discussed in today's Save the World Dev Update! pic.twitter.com/zbRRCXGEdn

You'll need to complete the Plankerton Storm Shield Defense 2 mission first, then complete two side quests, after which the option to change or upgrade the perks on your gear will become available in the "recombobulator". You'll need two new resources - RE-PERK! and PERK-UP! - to do this. The system will automatically be applied to all new weapons, but any you've already got will need to be converted before you can start customizing them. You can find out more in Epic's update.