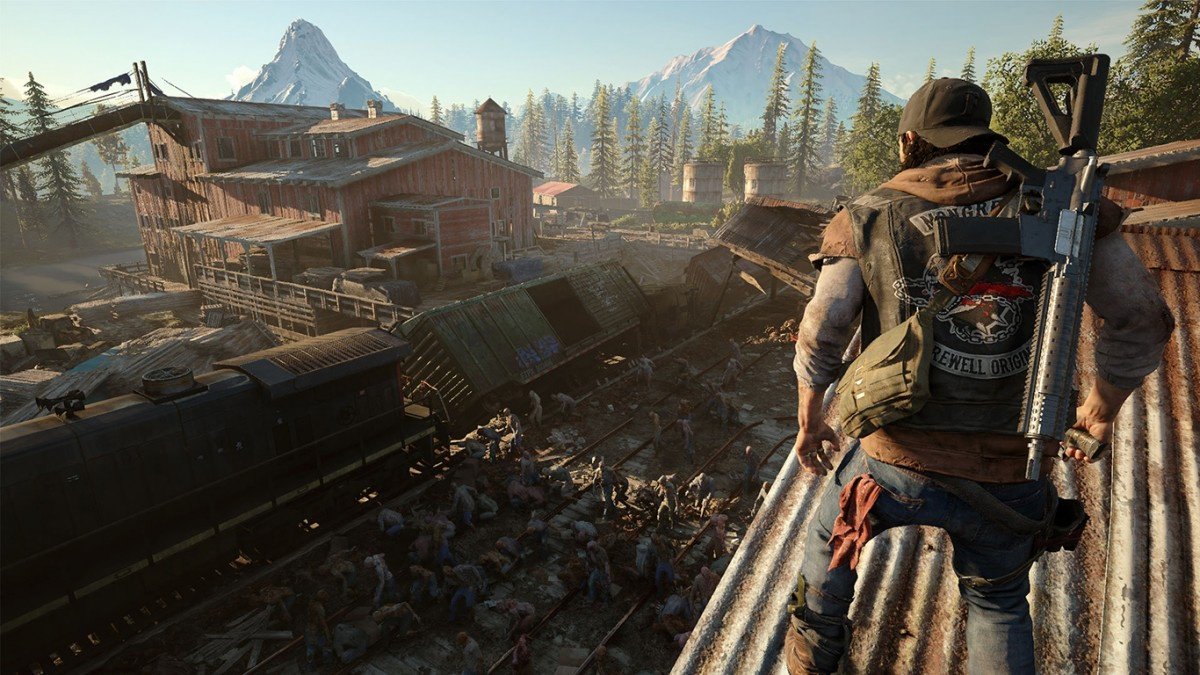 The latest issue of Game Informer has gone deep on Sony's long-gestating openworld zombie game Days Gone, with a ton of new information about the hotly anticipated title now out in the wild. If you want the juicy bits, here they are.

You'll be playing as Deacon St. John as he navigates a sandbox world in which a mysterious infection has turned most of the population into crazed flesh-eating ghouls. The map will use a "fog of war" mechanic to reveal features and areas of interest as you explore. You'll be able to find and build up encampments across the map along the way. Deacon doesn't swim, but according to developer Bend Studio there's an in-fiction reason for this, presumably connected to the zombie contagion.

Deacon also can't be customized - at least not visually - but you are able to upgrade his bike, with cosmetic parts as well as new features that enhance your gameplay with improved speed and handling. Special jump spots have been scattered across the terrain for you to find, but the bike doesn't really do "stunts" - no wheelies, for example. The bike can also break down, forcing you to scavenge for parts to fix it. The bike is described almost as Deacon's sidekick rather than just a method of getting around. Fast travel will be available too.

The core game apparently lasts around 30 hours, though this can be extended by ferreting around for optional activities and you'll still be able to continue exploring and fighting the ravenous horde after the story mode is completed. There won't be any difficulty settings either - the game is exactly as tough as it appears, and you won't be able to change it. Despite its open sandbox nature, the story has distinct chapters and will feature some human enemies as well as flesh-eaters. There will also be dogs.

In technical terms, the game runs at 30fps on both PS4 and PS4 Pro. The latter version uses checkerboarding to boost itself to 4K resolution. The developer is also apparently "sick" of seeing the game compared to The Last of Us. So stop doing that, please.

As for a release date, Sony is sticking to its recently revised - and somewhat vague - "Early 2019" window.