Switching on the power. 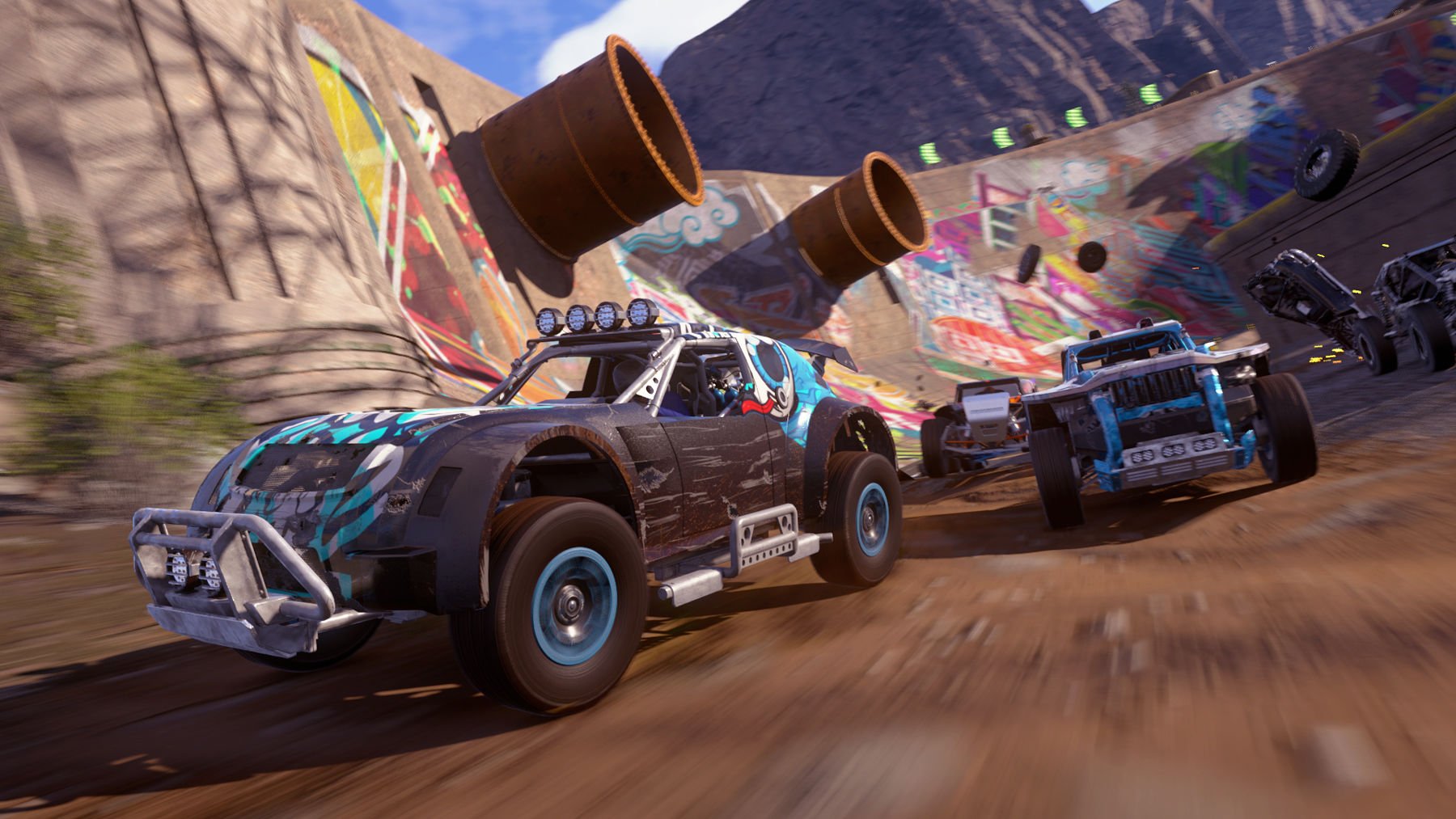 Anarchic battle racer Onrush is getting an open beta trial next week. You'll be able to sample the game between Friday May 17 and Monday May 21. That's the weekend sorted, then.

Why should you care? Well, the game - published by veteran UK driving game specialist Codemasters - is developed by a team made up of former Evolution Studios staff. Yes, the people who made early PS3 smash Motorstorm. Director Paul Rustchynsky has openly acknowledged Burnout 3 as another major influence.

There are no "tracks" as such in Onrush, instead you're part of a manic convoy of vehicles all clashing and demolishing each other as they hurtle across bumpy terrain. The aim is to score points by trashing the opposition, not reach the finish line first. That's because there is no finish line. It's brutal and, yeah, there's a definite Mad Max vibe to the proceedings.

The beta will feature a tutorial and a co-op practise mode, as well as two competitive modes: Overdrive and Countdown. Four vehicle types will be available - The Blade, Vortex, Interceptor, and Titan - with two maps to race on. Persistent weather and time of day will change across the beta trial for everyone.

Those who have pre-ordered the game digitally via the PlayStation Store will get an extra two days in the beta, as will some pre-orders from participating retailers. Check your details!

Onrush launches on June 5 for PlayStation 4 and Xbox One.