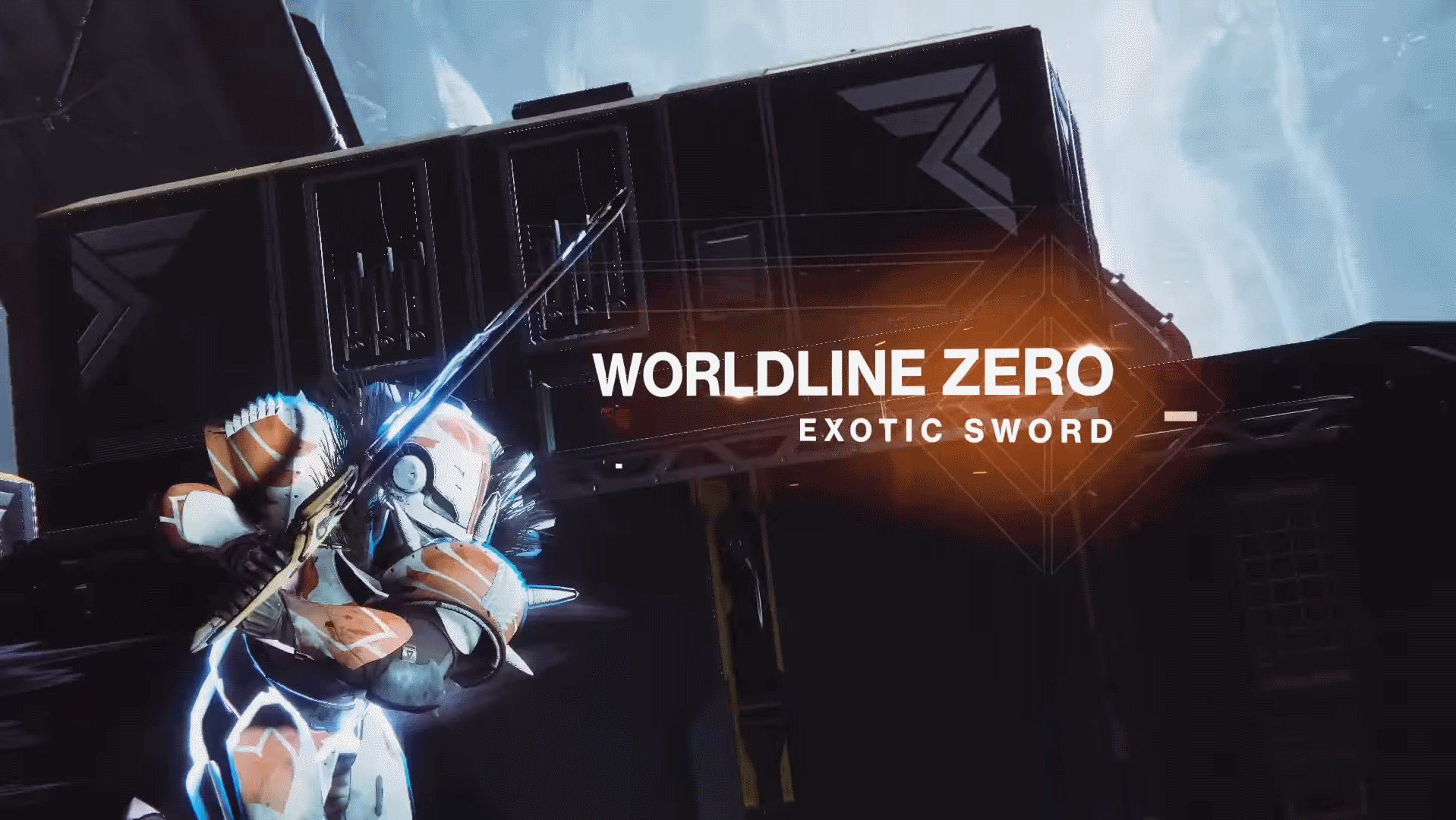 BioWare's Anthem locked in for a March 2019 release

“The pen is mightier than the sword if the sword is very short, and the pen is very sharp.” Fortunately, Destiny 2’s stabbysticks took this message to heart and are long, deadly, and in this particular exotic’s case, have a lightning storm running through their center. With the newly released Warmind DLC, Bungie has introduced Guardians to a new exotic weapon called the Worldline Zero sword. Getting access to this stylish weapon isn’t immediately obvious, but follow our guide and we’ll show you how to get the Worldline Zero exotic sword in Destiny 2.

First things first on your route to earning the Worldline Zero exotic sword is visiting the new location, Mars. Spread across the DLC landscape are 45 Latent Memories which you’ll find as holographic data pieces. If you’ve spent any time exploring or playing the DLC campaign so far, you’ll likely have seen a few already. To unlock the Wordline Zero exotic sword, you need to collect 35 of the 45 Latent Memories.

Finding that many Memories is no mean feat in of itself, but the process of collecting them also requires some knowhow. Each Memory needs to be destroyed before you can collect it, and to do this you’ll have to match the element or damage type it displays. If the Latent Memory is Void, Solar, Arc or Kinetic, simply apply that damage to it.

You’ll also find a few Memories that won’t take damage from any element or damage type. Look closely and you’ll spot a bit of static electricity within them. This indicates that the Latent Memory needs to be destroyed with a Valkyrie. You’ll often find these Memories close to locations where public events spawn, meaning you should be able to acquire a Valkyrie nearby. Should that fail, you can also obtain one by using a Rasputin Armory Code. These are earned by killing bosses as well as completing public events on Mars.

Once you’ve earned yourself 35 of the Latent Memories, you need to head to the Core Terminus lost sector. This area can be found close to Ana Bray herself, in the Braytech Futurescape region of Mars. Once here you’ll need to explore the lost sector and hunt down a terminal cache in the corner of one of the rooms along the way. Approach it and you’ll receive a message saying “ANSERIS - 35 Cache Data Required.” This refers to the Latent Memories you’ve been collecting, and should you have enough you’ll be able to interact with the cache and receive the Worldline Zero exotic sword.

Congratulations on earning yourself that fine reward, Guardian! Since you’re interested in weapons, take a look at our guide on how to choose the best Ana Bray weapon in Destiny 2 Warmind or check out all the new armor that’s available.