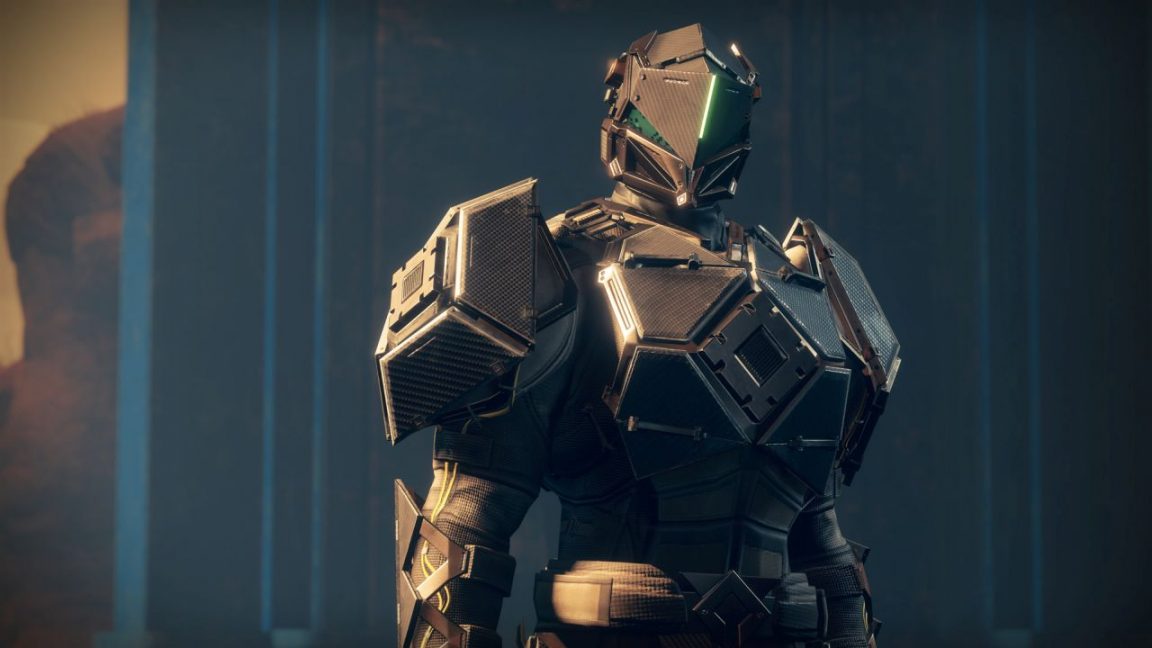 Warmind is the latest DLC expansion for Destiny 2 and brings with it a spate of new high level gear, as well as bringing back some old favorites from the first game. We’ve rounded up every new bit of armor we’ve found in the DLC so far. Special rewards and fancy new exotics, they’re all here for you Destiny fashionistas to peruse. Of course, if any new gear is discovered as people explore Warmind, we’ll be sure to add it.

Warmind introduces the Escalation Protocol endgame activity, and it’s here you can earn one of the game’s new armor sets. The armor drops are only obtainable at the endgame level and in a specific order: Class item, legs, arm, chest and helmet. You can only obtain one a week, so don’t waste time grinding for them when you can’t earn it.

Lucky old PS4 owners will have access to a new strike in Warmind ahead of Xbox One and PC gamers. Along with this, the PS4 version of the expansion comes with exclusive Strike armor sets for each of the classes as shown below.

The exotic armor introduced in Warmind is a mix of new gear and returning armor from the original Destiny and its expansions. Check the full list below for each item and the perk it grants.

A Warlock helmet which comes with the Insatiable perk which refills your health, grenades, melee and Rift charges when your super ability is activated. Your allies will also recharge faster.

Titan armor with the intrinsic perk. This gives you an additional grenade perk (neatly represented by the two grenades hanging off the front of the armor).

Gauntlets for the Titan which have the Bring The Heat perk built in. This speeds up fusion grenades as well as making them explode on impact. Ouch.

We’re back to the Warlock for this uncomfortably spiky looking pair. The feathered gauntlets include The Whispers, a perk which gives you an additional melee charge.

One of the visually coolest new bits of gear, the Eternal Warrior is another piece for the Titan, this time in the style of a Roman Empire soldier. This piece has the Resolute perk which bestows you with an Overshield whenever Fists of Havoc is activated.

Ridiculously named, these trousers belong to the Hunter and will give you the Rapid Cooldown perk. This increases the regen speed of grenades, melee and dodge charges while you sprint, as well as increasing your sprinting speed. Sadly they do also look a bit silly.

More Hunter gear here and fortunately this one looks pretty cool. This serpentine chest piece has the Scissor Fingers perk which grants two knives per charge.

With a name like that it couldn’t be anything other than Warlock gear. Built into this is the Heightened Sense perk which improves your Radar while standing in a Rift, marking high-priority targets for you and your pals.

The Hunter can own these menacing mitts which include the Nightmare Fuel perk. With these on your hands you’ll be able to reload your currently equipped weapon whenever you deal melee damage.

Another new and frankly unattractive headpiece, The Oculus Xol has the Forth Magic perk to boost grenade recharge rate whenever you land a kill with an energy weapon.

The tentacular Wormgod Caress gauntlets will give you the Burning Fists perk. This makes melee kills increase your melee damage for a period of time. Earning a killstreak will extend the effect as well as improving the buff from it.

Finally, the Wormhusk Crown is a rather unappealing new helmet for the Hunter. Sticking part of a dead worm on your face might not sound like a great idea but it will grant you the Burning Souls perk. With this equipped you’ll gain health regeneration following dodges. Dodging again while it’s active will boost the effect further.