Is this the headset that takes VR mainstream? Maybe. 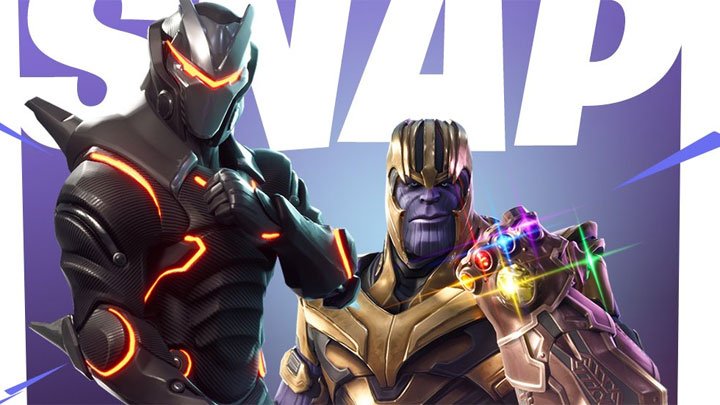 Pokemon GO Fest is coming back this summer

Update: We now know how the Mad Titan Thanos will crossover with Fortnite. The time-limited Infinity Gauntlet mode in Fortnite's Battle Royale. Matches will start in the usual way, except somewhere on the map will be the Infinity Gauntlet, complete with all the Infinity Stones. The player who finds it will transform into Marvel's galaxy-destroying villain, and will be able to wield the full power of the gauntlet.

Rather sweetly, the idea for the mashup came from Infinity War directors Joe and Anthony Russo. "“Over the past few months, while we were editing Infinity War, we’d take breaks to hop on and get in a few games,” Joe told Entertainment Weekly. “And then we started thinking, how cool would it be to have some kind of Avengers–Fortnite mashup? So we stalked Donald [Mustard, Epic's global creative director].”

Mustard picks up the story: "Out of the blue, I get this call from Joe. And after a bit of geeking out over each other’s work, we start brainstorming these crazy ideas. It was really important that whatever we did, it had to be super authentic to both Fortnite and the Avengers: Infinity War, and something that fans of both would be excited about. About an hour later, we had the bones of this awesome idea for a limited time gameplay mode, and almost immediately our team got started."

So there you have it, a massive crossover apparently born out of genuine mutual appreciation and fandom. Now we just need to wait for the update to go live, and for the first footage of Thanos rampaging around Tomato Town to hit YouTube or Twitch.

Original story: Is it a coincidence that Fortnite launched its fourth gameplay season by adding superheroes, just as the biggest superhero movie of all time was hitting theaters? Turns out the answer is a gigantic purple-chinned golden-gloved NO. Check out this tweet from Epic which just blew up the internet...

Yep, that's a real thing. This is not a drill. Fortnite is having a crossover with Avengers: Infinity War. The biggest game on the planet and the biggest movie on the planet, getting all up in each other's business.

This being Epic, and Epic being dirty great teases, we still don't know what this mighty mashup will involve. Battle Pass missions to gather Infinity Stones? Save the World battles against Thanos' hordes of alien monsters? Official Marvel character skins to unlock?

As the tweet says, we'll find out tomorrow - May 8. That's just enough time to get some more Fortnite practise sessions in. Or maybe go and see Infinity War. Again.