But what does it actually do? 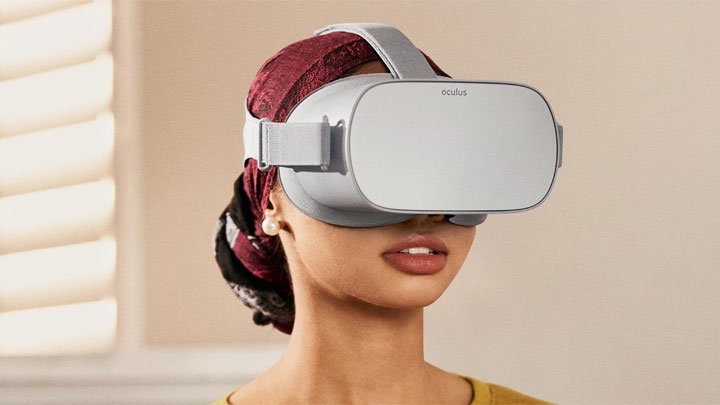 It's time to play dress up.

The Oculus Go headset is now available to order online. The wireless device is completely self-contained, meaning you don't need a PC and you don't need to slot a smartphone inside. It comes with a controller too, so you're basically VR-ready right out of the box. You could even wear it walking down the street. (Don't do that).

Two models are available. One has 32Gb of storage for $199, the other doubles that up to 64GB for $249. The device has been designed to run the same software as Gear VR, so over 1000 games and apps are already available for the device, with 100 specially updated for the Go. The Oculus Rooms hub has also been improved, with better avatar designs and the option to watch movies from the Oculus Store together in virtual reality.

Hasbro games are also playable in this shared space, with Boggle already available and Trivial Pursuit and Monopoly coming later. Oculus is also offering a virtual viewing room that supports streaming apps like Netflix and Hulu on a giant screen, and from May 30 will be launching Oculus Events, allowing users to virtually experience live concerts and sporting events.

Will this be the push that finally makes high end VR a mainstream entertainment platform? Oculus, and its corporate owner Facebook, are certainly banking on it.