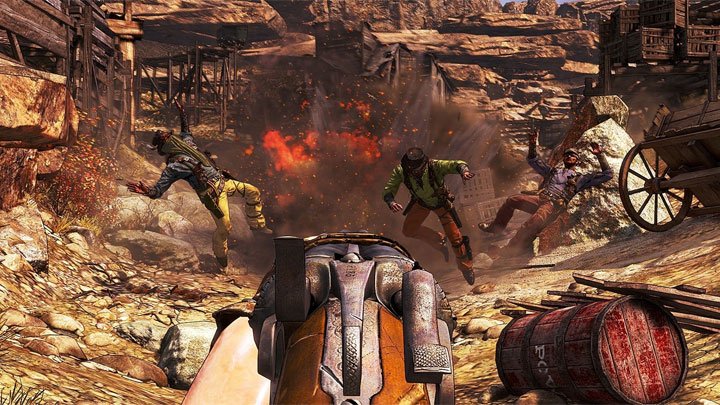 Western FPS Call of Juarez may be coming back

Complete with that Paul McCartney song?

Remember Call of Juarez? The Mexico-set first-person western shooter series that was briefly popular about ten years ago? Well, it might be staging a comeback, following news that original publisher Ubisoft has sold the rights to the franchise to original developer Techland, now also a publisher.

There have been four Call of Juarez games in all, from the first title released in 2007 through its sequel, Bound in Blood, and a modern day spin-off, The Cartel. The most recent entry, Gunslinger, was particularly well received in 2013.

Polish developer Techland has since made a name for itself with zombie sandbox Dead Island, and the similarly horror-themed Dying Light. The company graduated to publishing in February last year, helping to bring crowdfunded RPG Torment: Tides of Numenera to retail. With its earlier series now self-owned, it has already re-released Gunslinger for PC on Steam.

The big question is what it plans to do with the series, and whether more re-releases or remasters are planned, or an entirely new game is in the pipeline. With Red Dead Redemption still poised for an October 26 launch, this could be the year of the cowboy.