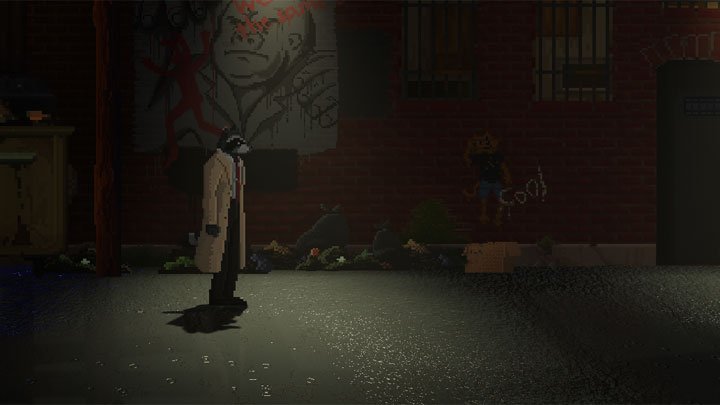 Every Saturday, indie developers all over the world take to Twitter to share their latest work under the sheltering umbrella of the #ScreenshotSaturday hashtag. It's a great opportunity to get a glimpse inside the creative process, and to spot exciting upcoming games from promising new talents. With that in mind, here are the latest posts to catch our eye...

This retro-styled RPG has a very unique look, mixing 90s style low polygon environments with characters created from thousands of photographs. The effect captures the tone of FMV titles without any of their attendant weaknesses. The game also sounds promising for its story, in which you'll control "a dutiful knight, an auspicious student of magic and his roguish friend" as they investigate the murder of a nobleman. This leads them into a conspiracy which in turn ties into a war between the gods. Despite this, the game promises to keep the use of magic and fantasy to a minimum. Think of it as somewhere between the earlier Elder Scrolls games and recent realistic medieval RPG Kingdom Come: Deliverance.

Some raccoons just want to be left alone.

The latest offering from indie team EggNut features a raccoon taking a bath, which is reason enough to feature it. Thankfully the game itself also sounds interesting, even when not concerned with the bathing habits of urban mammals. You play as private detective Howard Lotor, and not only get to investigate cases and interrogate witnesses, but also take part in sneaky business using "smell-based stealth mechanics". Come on, don't pretend you're not fascinated by that.

Backbone still has over three weeks to go on Kickstarter and is already a third of the way to its goal of 63,000 CA$.

This tasty looking tactical RPG has already been funded on Kickstarter, and won't be out until next year, but you can still pre-order it via BackerKit if you like the look of it.

Stormcaller casting cyclone in @TheIronOath. I really like the animation on this one. @sennin_ did a bang up job :D #screenshotsaturday #indiedev #gamedev pic.twitter.com/r3a90GsxYM

We're quite taken with the art style and animation, which owe as much to arcade games like Final Fight as they do to more traditional strategy role-playing games. The setting is a dark fantasy kingdom, and you'll recruit and train a party of adventurers drawn from different classes to undertake perilous missions. The game takes a wider, long-term view, as you not only watch over your warriors in battle but also manage your adventurer's Guild. Fighters will grow old and die (assuming some dungeon creature doesn't finish them off) and with nine different regions containing over 50 hub cities, the fortunes of which will rise and fall over time, it seems sure to offer a lot of gameplay for your money.

This quirky action puzzle offering is much closer to release than others, with a summer launch planned via veteran British indie publisher Team 17 (yes, the Worms company).

In Mugsters, the planet has been invaded and enslaved by evil aliens, and it's up to you to save the day. You do this by rampaging through each sandbox level, working out how to free prisoners and gather vital crystals while being pursued by extra-terrestrial tormentors. The game places a lot of emphasis on improvization and scenery destruction, with lots of traps and hazards that can trip you up - or be used to splatter the bad guys chasing you. Silly and savage, we're really looking forward to this one. Look out for it on Steam, PS4, Xbox One and Switch in a few months.

Here's a tricky one - this ultra-retro mobile action game is very early in development, and is only being shared in tiny GIF chunks by Spanish coder Luis Moreno Jimenez, but we're already smitten.

Plenty of indie games go for that extra lo-fi look, of course, and it's no surprise to discover that Jimenez is a big fan of Minit, but the combination of highly stylized pixel figures combined with that dreamlike layered scenery gives Bleak Sword a toybox diorama feel that is quite magical, even in this rough unfinished state. There's also a Dark Souls-esque flow to the combat, from what we've seen, with an emphasis on dodging and striking as enemies try to crowd you in the box-like arena. Whatever Bleak Sword turns into, color us intrigued.