With so many entrants in this booming new genre, it's evolve or die. 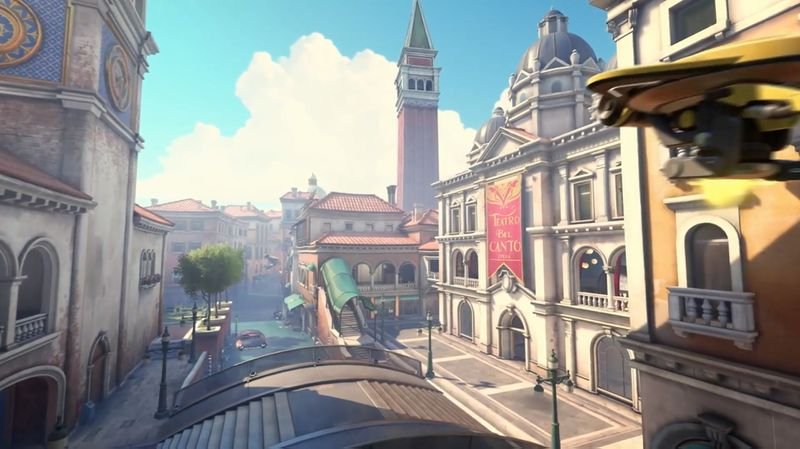 How to crush your opponents on Overwatch's Rialto map

One brand new copy was bought this year - but where?

Overwatch’s Retribution event not only delivered an explosive look back at Blackwatch’s past, it also gave fans a new map to look forward to. Rialto is currently doing the rounds on Blizzard’s public test servers, but it won’t be long before we’re pushing the payload along the sunny Italian streets of Rialto, while taking in the map’s pretty architecture and traditional gondolas. Rialto may not share the ambitious nature or general busyness of Blizzard World, but it’s certainly one of the most picturesque maps to be released. Sadly, sightseeing won’t win you any games, so we’ve put together a handy guide that’ll give you all the tips and tricks you need to crush your opponents.

Pushing the payload through the narrow, winding streets of Rialto can be a nightmarish experience for the attacking side, especially when the opposing team has so many options for setting up their defences. There are numerous balconies and sharp bends that defenders can use to get the drop on targets, so it’s extremely important for the attacking team to utilise the map’s various flanking routes to avoid a potential bloodbath. For example, if you stick to the right-hand side after you leave the first spawn area, you can easily get right behind the defending team. Taking out enemies on the high ground should be your main priority, especially when dealing with heroes like Widowmaker and Hanzo, as they greatly benefit from the safety and improved line of sight. These long-range heroes can quickly pick off healers and squishy DPS heroes before they can even get to the objective, making it impossible to get the payload away from its starting position.

To avoid the game descending into a one-sided bloodbath, always ensure your flankers are constantly applying pressure to the main damage threats. This will allow your tanks to push through the streets without getting instantly cut down, while also giving them the opportunity to set up their shields on the payload. However, the open areas of Rialto can be extremely hazardous to friendly healers, especially since there is very little cover and numerous routes the enemy can use to get behind allied lines. As a result, it’s best to make use of heroes like Brigitte and Moira who can peel away squishy threats and avoid fatal damage with their shield/mobility. Having a comp that can quickly dive into the backline can make navigating the deadly walkways of Rialto much easier, so try utilising D.Va and Winston’s strong combo potential to disrupt foes, while Pharah and Junkrat offer an explosive way to break even the hardiest of defences. Lastly, try to avoid bunching up when crossing the map’s numerous bridges as Lucio and Roadhog can simply push you into the watery depths below for some extremely easy environmental kills.

Defending the position outside the attackers first spawn room is the easiest to manage and shares similarities to Blizzard World due the numerous high ground positions. Try to set up the bulk of your defences atop the middle balcony, but be sure to constantly check for enemy flankers from the left. Heroes like Orisa and Reinhardt are great choice here as they can keep your DPS out of harm’s way, while also helping to provide an incredibly strong defence outside the first choke point. The height advantage and general safety this position provides makes it extremely difficult for the enemy team to actually break through your defences, so try and keep this area locked down for as long as possible. Defensive heroes like Bastion and Torbjorn greatly benefit from Rialto’s narrow bends and lofty balconies, but the map’s abundance of flanking routes can greatly diminish their effectiveness if you’re not on your toes. However, many early deaths can be avoided if you have both these heroes set up behind Reinhardt and Orisa’s shields. The open areas of Rialto’s courtyards also make it extremely easy for Bastion and Torbjorn to shred through incoming targets before they can even react.

If the attackers have managed to break through your defences, it’s often best to change your comp to a more mobile one. Switching out Bastion/Torbjorn for Widowmaker/Hanzo can be extremely useful, as both these heroes can pick off enemy targets and quickly reposition when things get rough. Try to get a height advantage whenever you can, but peeking behind a street corner or building can be just as effective, especially when trying to land those all-important headshots. Meanwhile, if the Reinhardt/Orisa combo isn’t working, then try opt for tanks who can take advantage of verticality. Heroes like D.Va and Winston can launch surprise attacks by leaping and flying over buildings, while also being able to shut down any pesky flankers. Rialto’s buildings also allow D.Va to conceal her Self-Destruct, so try and launch it from behind structures to catch enemies off guard. Avoiding any risky plays is a must on this map as the spawn points are quite far away, so play safe to avert a lengthy trek.