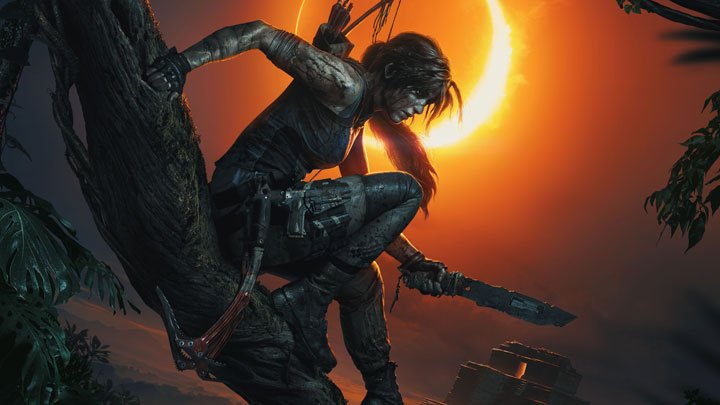 Here's your first look at Shadow of the Tomb Raider

With so many entrants in this booming new genre, it's evolve or die.

Square Enix has lifted the lid on Shadow of the Tomb Raider, giving fans a detailed look at what to expect when the rebooted Lara Croft returns for her third adventure in September.

First of all, there's a trailer showing off the game's South American setting, the Mayan apocalypse storyline and Lara going full Predator on some hapless Spec Ops soldiers in the jungle.

There's also news about the game's Season Pass which will add seven new mini-adventures, called Paths, to the game. Each one will feature more story missions and a new Challenge Tomb, plus a new weapon, outfit and skill. The first Challenge Tomb, available from launch, will also introduce co-op play.

The game's jungle setting also seems to herald a greater emphasis on stealth. "Outgunned and outnumbered, Lara must use the jungle to her advantage," reads the description. "Strike suddenly and disappear like a jaguar, use mud as camouflage, and instill fear in enemies to sow chaos". Worryingly, it seems more swimming is also involved with "underwater environments filled with crevasses and deep tunnel systems", because everyone loves the underwater swimming in Tomb Raider games, right?

It also sounds like the Challenge Tombs are going to be even more in line with what fans remember from the classic series. Here's the promotional blurb for those: "Tombs are more terrifying than ever before, requiring advanced traversal techniques to reach them, and once inside they are filled with deadly puzzles". The game will also feature a hidden city, apparently "the biggest hub space ever found in a Tomb Raider game".

But what about all the different editions? Glad you asked. There's the Standard version, which just gets you the game. Imagine that. The Digital Deluxe download version also throws in a bonus costume and weapon, plus the soundtrack. The Croft edition adds in the season pass, along with three new outfits and weapons, plus the soundtrack. Finally there's the Ultimate Edition, which has all of the other stuff plus your recommended daily allowance of physical trinkets: a statue, a working flashlight and an ice pick bottle opener.

Shadow of the Tomb Raider is coming out on Xbox One, PlayStation 4 and PC. September 14 is the date to scratch into your diary.