This isn't the first time that Call of Duty has shape-shifted before our very eyes... 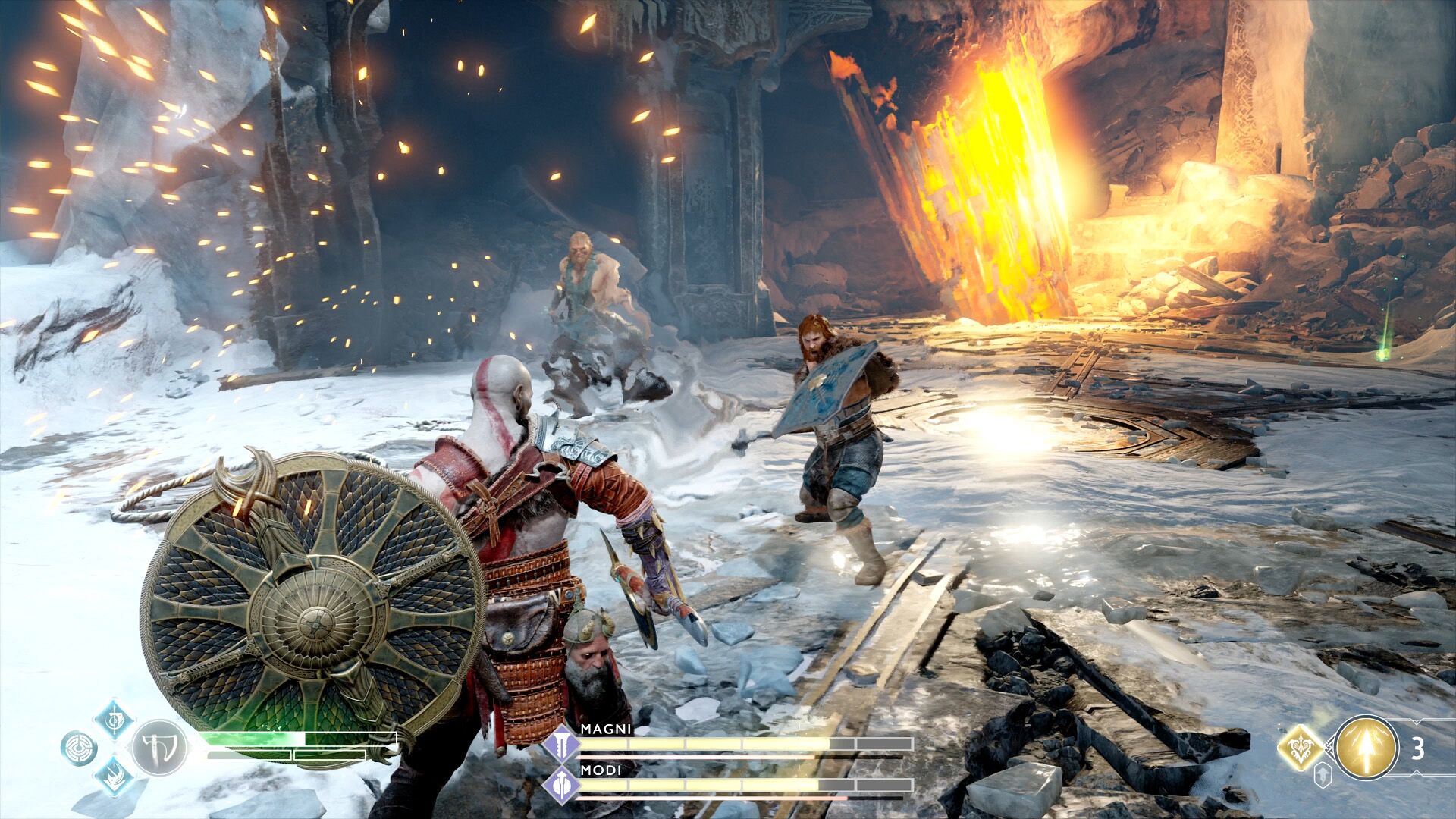 How to beat Magni and Modi in God of War

Where to find the Bottoms Up Artifacts in God of War

Time to get your drink on Inside the Mountain.

After defeating Asgardian Scrabble champion Hræzlyr, the next boss Kratos will face in God of War is a double threat: Magni and Modi. Do you know who their dad is? Thor. And they've inherited his thunder powers, making this a serious test of your combat skills.

As with most God of War boss fights, there are several phases to this encounter, but the battle will only move on to the next phase when both Magni and Modi have had their health reduced to the appropriate level. That means you're going to have to divide your attention between them. Taking one of them down then facing the other can work, but it's more sensible to work away at both of them equally so neither one can get in with a sneak attack.

In the first phase of the battle, try and take down Magni first if you can. He's the bigger of the two, and his broadsword can do serious damage. His size and strength mean that he doesn't require deep strategy though. Just dodge, roll, attack and get back out of range - Magni has a brutal headbutt that he'll try and use if he gets close enough to grab you.

Modi on the other hand will use his mace. He's a bit faster, so adjust your combos accordingly and keep dodging and countering. As always, your rage attacks will speed things up considerably, and make use of Atreus to distract and chip away at whoever you're not actively engaging.

When either one has their health reduced enough, they'll fall down and be out of the fight for the duration of this phase, freeing you to concentrate on just one foe. Get both of them to this state and a cutscene plays, heralding the next phase.

Magni and Modi cast a snowblindness curse at this point, forcing Kratos and Atreus into a small area with limited visibility. There's not much you can do to attack from here, so it's defense time. Keep rotating, and watch out for incoming attacks using the on-screen indicators to warn you which direction to turn to. Use Kratos' shield to repel them. There is, sadly, nothing you can do about their trash talk. When the curse recedes and you're free to fight as normal, go back to the previous strategy to whittle the brothers' health down some more.

Magni and Modi gain some dangerous new attacks in this phase. Magni will launch a powerful dash attack, sending electrical waves towards you, while Modi lobs lightning bombs. Both will leave you stunned and leave you exposed to follow-up attacks. Don't let that happen; keep moving!

Once the brothers have lost a good few chunks of additional health they'll resort to their blindness curse again. You know what to do. When the fighting returns to normal, just finish off those last scraps of health and then follow the button prompts to put an end to at least one of the brothers. For now...

Don't forget there's more to God of War than just cutting Norse gods and monsters into diced beef. There are artifacts to find as well - and we've got guides to help you track down the Lost Toys, Abandon Ship, Spoils of War and Faces of Magic collectables.