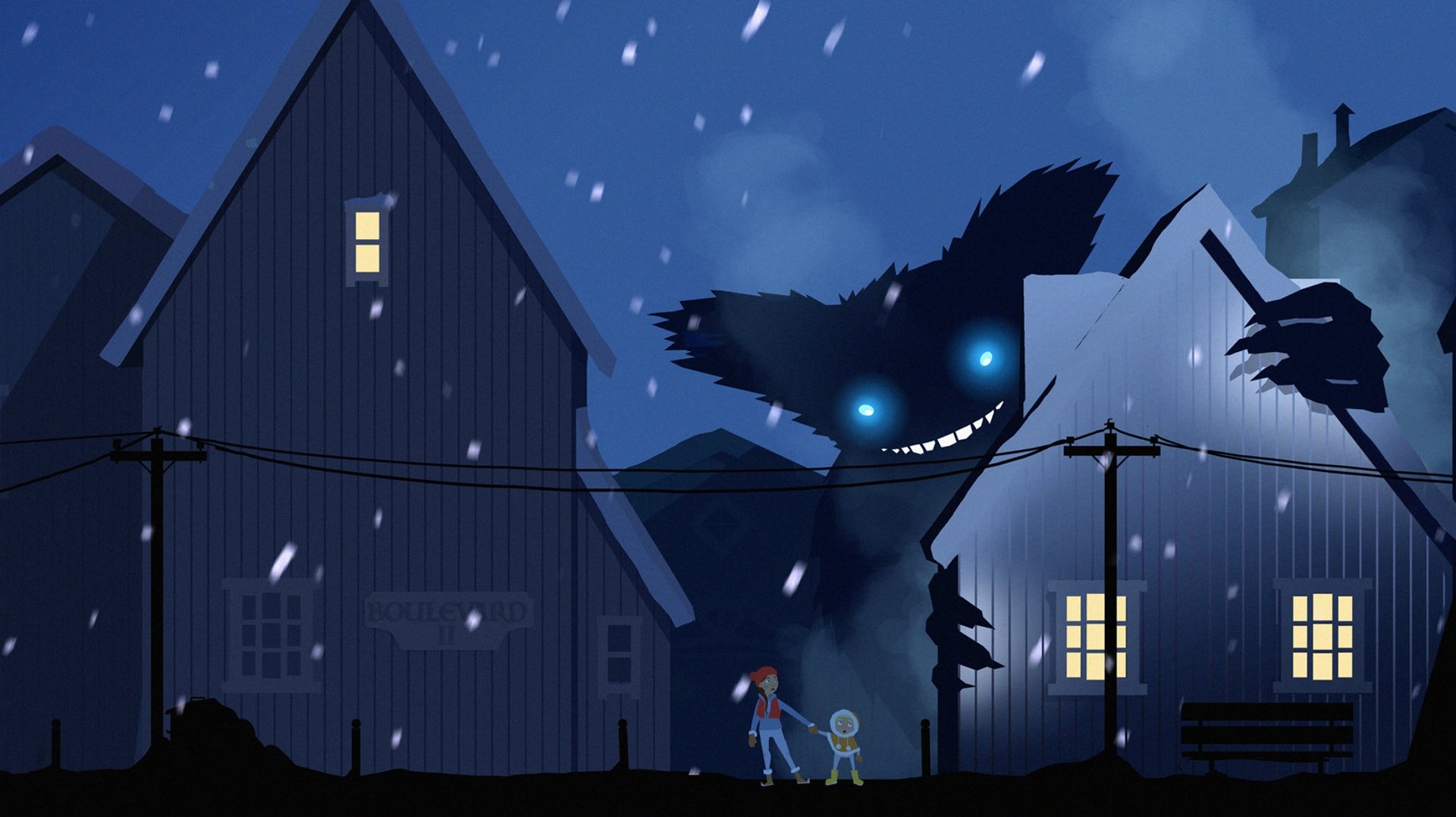 Every Saturday, studios and individuals the world over take to Twitter to share images and videos of their games in development as part of #ScreenshotSaturday. It’s a fantastic celebration of how widespread and varied game creation has become, not to mention a great way to keep an eye on upcoming gems or spot incredible artwork. Collected below are some of the coolest stills, gifs and videos from this weekend which we’ve gathered for your perusal pleasure. This week we're diving to the depths of the Earth to find some truly beautiful (and horrific) gems.

Did you enjoy the movie Prometheus? Well, despite your opinion being categorically wrong, the film did have some neat ideas in it. Ideas that lone developer Łukasz Kałuski certainly noticed based on the scanner drones you can see in action in Hidden Deep. Tossing them into the air, they can be manually flown through the level, scanning the layout to your minimap. That said, even this fancy tech won’t stop you falling victim to the rather unpleasant lifeforms you’ll encounter during while exploring the dark places of the world. Hidden Deep is a 2D action and exploration sci-fi thriller, and Kałuski cites 80s movies like Aliens, The Thing and Another World as the prime sources of inspiration.

Exploring deep below the ocean floor, your aim is to discover what happened to the team sent before you, and to avoid suffering the same fate. Commanding a group of men simultaneously, the chances of everyone making it out will only get slimmer as you delve deeper. Hidden Deep is currently scheduled for a Q4 2018 release on PC, but there’s plenty more footage available on the game’s site.

With the exception of Babe, our porcine earthly companions rarely get a chance to shine in any form of media, largely thanks to their unfortunately delicious innards. A Piggy’s Story aims to bring the cuter side of our pink pals to light in this brightly-colored pixel art adventure. We don’t know too much about it yet but tease us with a Pig capable of reading a quest log and we’re already keen to see more. The developers have said the game is inspired by the colorful Tomba! on the original PlayStation.

Röki is a jaw-droppingly gorgeous point and click adventure game from UK indie studio, Polygon Treehouse. It tells the story of a young girl out to rescue her childish younger sibling from the clutches of the monster who kidnapped him. Living in an isolated, snowy landscape, protagonist Tove has to take it upon herself to venture out into the wild and uncover a hidden world in order to rescue her brother. The environmental art is sublime, but showing a single image does a great disservice to the phenomenal animation work the team has produced. Even simple actions like jogging in the snow show an impressive level of care and attention.

The experience of Polygon Treehouse’s two lead developers is clear, with both Tom Jones and Alex Kanaris-Sotiriou having previously worked at Sony Computer Interactive on titles such as Killzone and Little Big Planet. Debut game for the studio, Röki is planned for release this year and the story has been kept largely under wraps so far, a decision we’re fine with as we can’t wait to uncover it upon release. To check out more of Röki’s beautiful artwork and keep up to date with development, visit Polygon Treehouse’s website.

"Vaesen"!
Visit our webpage if you want to try the upcoming demo!https://t.co/IuRn3qQudq#indiegame #indiedev #screenshotsaturday #gaming pic.twitter.com/qlFCUz5zZH

Vaesen is a charming little game about a happy gnome who — OH GOOD LORD WHAT IS THAT THING. Only a few month into development, Dimfrost Studio appear to have spent most of their time developing the stuff of absolute nightmares. The cheery weather and tightly focussed depth of field only serve to make Vaesen’s first boss all the more unsettling, and we can’t wait to see what other horrors the team has up their sleeve for this gnomish platformer. Dimfrost Studio are currently taking applications for an upcoming demo for Vaesen. Sign up here if you're interested.

Who would win:
Transcendent Repeating Crossbow
- or -
One Sleepy Boi#screenshotsaturday #indiedev pic.twitter.com/pEMsJnBvRo

Realized entirely through ASCII art, Stone Story RPG is a unique take on the action-RPG genre. Rather than controlling the main character directly, the player instead tells them which items to equip and where to explore, leaving the AI to handle combat. You won’t be able to just sit back and watch however, as you’ll need to interrupt with careful timing to use potions and special abilities, tipping the odds in your favor.

Planned for release on PC, Mac, Android and iOS in late 2018, you can sign up to the mailing list or check out the Steam store page for further details. If you simply can’t wait to get stuck in with some ASCII gaming, developer Gabriel previously created the equally liney Pyramid Builder as part of Ludum Dare in 2016. You can grab it for free (or whatever you’d like to give) here.