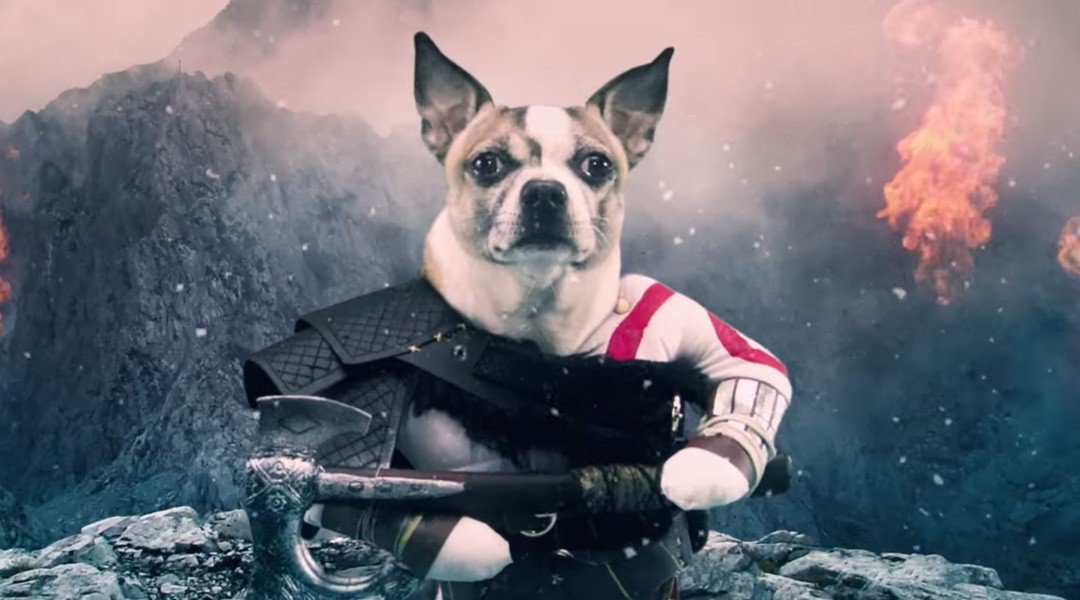 Sony is riding high on a wave of well-deserved critical acclaim for its Norse reboot of action game God of War, and its viral video department will also be getting some praise thanks to this hilarious promotional video which reimagines the title as Dog of War, with real dogs playing Kratos and his son Atreus.

The video, produced by PlayStation Europe, describes the game like this: "Living as a dog outside the shadow of the gods, Kratos must adapt to unfamiliar kennels, unexpected walkies and a second chance at being petted. Together with his son Atreus, the pair will venture into the realm of Muttgard and fight to fulfill a deeply personal game of fetch."

If you're playing the human version, and finding it tough going, why not take a look at our God of War boss fight guides?